The Annie Remake Has Found Its Miss Hannigan 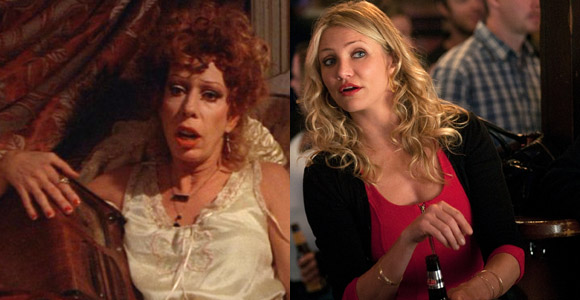 It’s official, Cameron Diaz will play Miss Hannigan in the Annie remake. All together now – WE LOVE YOU MISS HANNIGAN!

Previously, Sandra Bullock was connected to the role made famous by Carol Burnett in 1982’s Annie. She eventually passed (bummer, I think she would have been perfect), allowing Diaz to scoop up the flask of the drunken orphanage manager.

Diaz will get to pull little Quvenzhané Wallis (starring as Annie) around by the ear in the film being produced by Will Smith and Jay-Z. Annie will also feature an updated Daddy Warbucks in the form of Benjamin Stacks, played by Jamie Foxx.

We’re still not sure if this updated version is going to be a musical (or be set in modern times for that matter), but what do you think of Diaz in this role? Any choices for her brother Rooster?