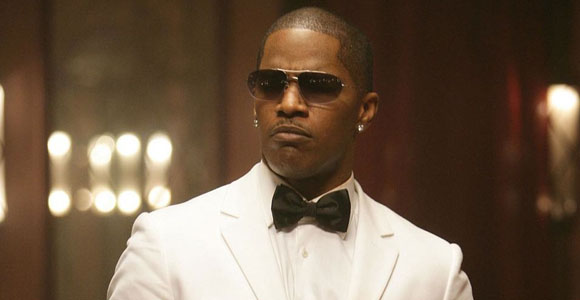 Jamie Foxx, soon to be seen as the villain Electro in The Amazing Spider-Man sequel, may be living the in the lap of  luxury in his next role. Sources are saying he’s in talks to play Daddy Warbucks to Quvenzhané Wallis‘ Annie but Daddy Warbucks isn’t the name they’re planning to use for this remake…

The Hollywood Reporter says Foxx is in talks to star opposite Wallis in the Will Smith and Jay-Z produced film. But for those of us familiar with the comic strip, stage production, or the 1982 film starring Aileen Quinn, you might be surprised by a character name change.

“Foxx would play a character named Benjamin Stacks, a variation of the Daddy Warbucks personage, who takes in the spunky orphan girl being played by Wallis. (You know he’s rich because his name literally means stacks of $100 bills, aka Benjamins.),” they write. “The Django Unchained star has received an offer from the studio and sources say his team has begun to negotiate.”

We don’t know too much else about the project, set for a 2014 release, except director Will Gluck has revised the script written by Emma Thompson and Aline Brosh McKenna. All signs point to the reboot being updated for the current generation but I’m disappointed they felt the need to change a main character’s name. Because honestly, “Daddy Warbucks” always sounded pretty cool to me. I don’t believe we’ve had word on whether or not this version will be a musical either but that wouldn’t be an issue for Foxx considering his talents.

What do you think of this possible casting?