Todoroki Tina is at it again! 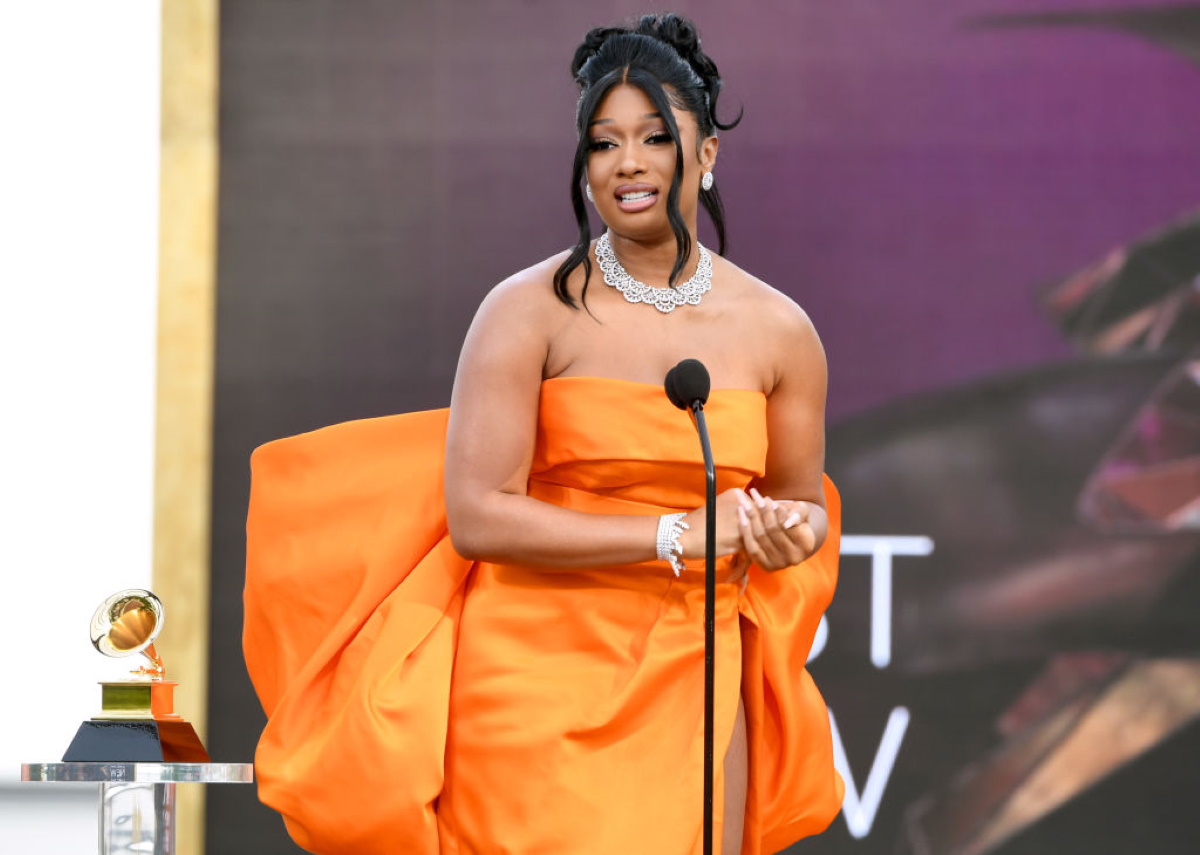 The 63rd annual Grammy Awards took place on Sunday night, and it was a big win for the icy hot Todoroki Tina, a.k.a. Megan Thee Stallion, who took home the award for Best New Artist, Best Rap Performance, and Best Rap Song. Before her Best New Artist win, the only other female rapper to win the award was Lauryn Hill back in 1999.

The monumental moment had many celebrating the win, including Crunchyroll, who took the time to congratulate the Savage artist:

It’s no surprise that Crunchyroll gave her a shoutout. After all, they collaborated on a clothing collection back in 2020. Even if that weren’t the case, Megan’s got a well-documented passion for anime, so why not show her love? As a Crunchyroll spokesperson said to Billboard back in 2019, “We’re finding that more and more celebrities and athletes are professing their love for anime, and it’s been great to see such prominent artists showing off pieces of art inspired by their favorite series.”

So yeah, Megan’s not the first weeb to livetweet their feelings about Attack on Titan’s Mikasa or proclaim that Ban from Seven Deadly Sins is her husband, and honestly, she’s not the only celebrity to reveal that they are in the know when it comes to anime. Michael B Jordan practically lives in the Leaf Village. Meanwhile, Idris and Sabrina Elba are producing an anime series, Ariana Grande has a Spirited Away tattoo, Megan Fox is a fellow Moonie (Sailor Moon fan), and John Boyega has a list of recommendations.

And don’t get me started on the celebrities who attend large geek-centric events IN COSPLAY to disguise themselves. Not only has Jamie Lee Curtis cosplayed as Street Fighter’s Vega, but she’s a HUGE One Piece fan!

I’m saying all this because, for some reason, even if we know celebrities are out here loving anime, whenever someone acknowledges Megan Thee Stallion as an anime fan, this happens:

So much hate on this for no reason?! @Crunchyroll highlighting black people who enjoy anime is more than making a one-off post, it clearly causes so much hate to surface. Please bring the hammer down on blatantly racist negativity and show us this is more than performative. pic.twitter.com/hpDoIn7I2S

This is why I hate when particular anime fans say “why you gotta make it about race” when I highlight black accomplishments in the anime space because. Y’all make it about race first. Don’t think I forgot about how y’all acted on Twitch 😒 https://t.co/kysWODdUTv

“What makes Megan so different compared to any other celebrity that’s loved themselves some Blue Exorcist?” I ask in tired Black woman.

It amazes me how the anime community can go from wanting more people to acknowledge how amazing anime is to badmouthing someone who … um … likes anime. It is always, without a doubt, for the most obnoxious reasons, too. “Ugh, I bet they watch the popular series,” or “Oh, you started out with Toonami? Well I used to spend $40 on a single VHS tape” or “It’s because anime’s more mainstream, she’s doing it for clout.”

Because one thing Megan Thee Stallion is lacking.

I’ve written about the gatekeeping that goes on in the community and so have several others, so believe me when I say that every couple of months yet another person (or several persons) decides that a popular Black woman in entertainment isn’t a real anime fan. The kinda hilarious thing is that these naysayers will do this while bemoaning the fact that they’re a loner nerd that no one understands, their love for anime stopping people from talking with them.

Here’s the truth: It’s not the anime that keeps folks away from you, random commenter who had the thought-provoking response of ew to a Black anime fangirl’s achievements in the music industry. It’s the fact that you’re an asshole.

Megan gets the brunt of it because she’s an unapologetic Black woman who loves anime. She’ll rock Jojo’s Bizarre Adventure nails and slip Sasuke’s name in a verse. This should be seen as a positive because, holy wow, instead of tucking away that bag full of enamel pins this woman is like, “This is who I am.” I spent years seeing this idea that geekiness was something to hide. You worry about having anime Funko Pops in your cubicle even if other folks have their favorite things in theirs. You don’t talk about how you write fanfic. You don’t tell the person at JoAnns that your fabric is for cosplay.

Like. I used to work at GameStop and get weird looks for taking time off to go to an anime convention. Let that sink in for a moment: I worked at a VIDEO GAME STORE and had coworkers who questioned my love for ANIME.

Add the supposedly “good” narrative of being treated like some special, otherworldly being for being a Black girl who likes anime, being told that you’re not like the other girls—you know, the ones who look like Megan Thee Stallion? Come to find out I could’ve been hanging out with those girls and watching Yu Yu Hakusho the whole time.

To see someone with such a huge spotlight on them embrace the geek community should be great, and yet here we are, watching folks jump into Crunchyroll’s/Megan’s mentions using ironic-ass anime PFPs because there’s no way in HELL Izuku Midoriya would stand for this.

Both of the tweets I shared highlight two levels of frustration for me when it comes to being a Black woman in this space. First and foremost, the fact that I just KNOW that whenever Megan Thee Stallion, or any Black woman, mentions any sort of love for anime there will be someone who comes at them the wrong way. Being a Black woman in this space means simultaneously loving when your work is shared, and fearing it because you expect harassment.

Facing harassment sucks, but knowing that you’re gonna face harassment over something you can’t control (the color of your skin) adds a feeling I can’t even describe. Everyone talks about how the geek community is an escape from the bullshit in the real world, but you know what? Racism doesn’t pause because you’re suddenly talking about SK8 the Infinity or Jujutsu Kaisen.

It’s especially frustrating when you’re asked “What can we do to improve things?” because that sounds like a nice gesture, but what ends up happening is my second level of frustration.

Oftentimes, when we talk about the discrimination that happens in the anime community, we’re told that we’re blowing it out of proportion, it’s not that serious, we’re making it up for attention, we’re somehow instigating the hostility ourselves, and my “favorite” tip of all: ignore it. Honestly, what did Megan do in this situation? Besides win some awards and have a company she’s worked with congratulate her? Being told to just ignore something that you had no hand in causing, but the hate is coming at you anyway, is exhausting.

In a perfect world, I could look forward to another Megan Thee Stallion anime post without the haters. I could watch my favorite companies share a Black woman and praise her. But, well, I know that’s not gonna be the case. So all I can do is hope that anime fans can realize how unnecessarily hostile some folks are toward Black women and work to champion them, and defend them (especially if they’re the ones sharing them), reminding them that they are welcome in this space.

Congratulations on your wins, Megan. I hope you celebrate by binge-watching another anime series.