LEGO Minifigs Have Been Getting Scowlier, May Be Plotting Our Demise

Phase one of LEGO world domination: Put blocks everywhere for us to step on. 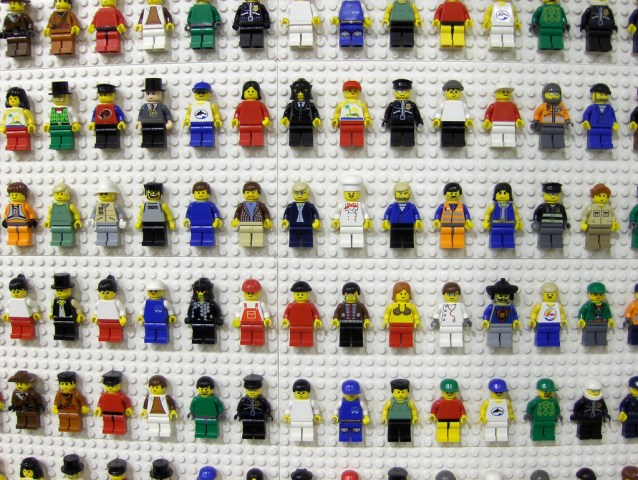 Compared to Nerf guns and violent video games, LEGOs are a pretty harmless toy for children to play with, right? Not so, according to researchers at the University of Canterbury in New Zealand. Since the building blocks were first introduced to the masses in 1978, their happy yellow faces have been getting angrier and angrier over the years. Oh no. Are we on the verge of a LEGO revolution? Those little guys have got to be planning something.

Along with the Industrial Research Institute for Automation and Measurements in Poland, robot expert Christoph Bartneck analyzed the faces of 3,655 figures produced between 1975 and 2010 and noticed a trend towards a wider range of emotions depicted on the figures. He attributes this to the “conflict-driven” nature of more recent LEGO sets — while the original LEGO minifigures were generic chefs and doctors, the newer ones are associated with franchises that focus on a battle between good and evil, so there are more emotions for the LEGO characters to express. As adorable as I think it would be, a bland smiling face on the Magneto minifig probably wouldn’t work out so well when playing out battles with the Marvel superheroes set, for example.

Bartneck worries that the shift from positive faces to negative ones will impact children’s gameplay — not necessarily negatively, but the wider range of happy, angry, surprised, scared and mysterious expressions might stand out more on the average child’s mind. LEGO communications manager Roar Rude Trangbæk, however, said not to worry too muh about it, as children (especially young boys) already enjoy playing out conflicts between their toys even without the different faces to match.

His advice for concerned parents? “They can always just switch heads with another figure.” Problem solved.

(The Guardian via The Verge, image via Joe Shlabotnik)

Industrial Research Institute for Automation and MeasurementsLEGOUniversity of Canterbury