So Did You Know There’s a Major Trans Character in Marvel’s Angela: Asgard’s Assassin? 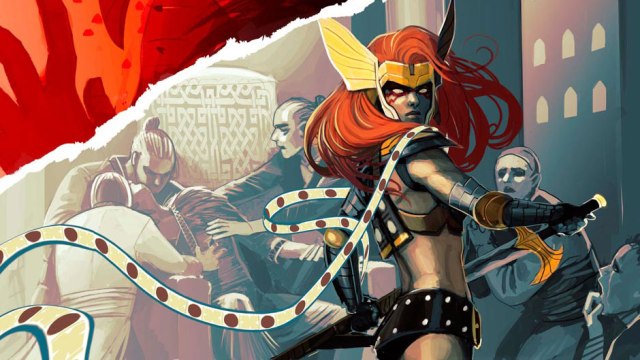 Angela: Asgard’s Assassin is one of my favorite comics of moment, with two kick-ass female leads and no shortage of Asgardian humor. Currently, A:AA is being co-written by Kieron Gillen and Marguerite Bennett, with art by Phil Jimenez and Stephanie Hans. It focuses on Thor and Loki’s long-lost sister, Angela, who was raised by the Angels, and has been causing all sorts of trouble now that she’s back in our worlds. Angela travels with a woman named Sera, and the most recent issue gave us some insight into both Angela and Sera’s backstories.

Turns out, Sera used to be an Anchorite of Heben—and was assigned male at birth. Here are a few panels from Sera’s story, drawn by Stephanie Hans: 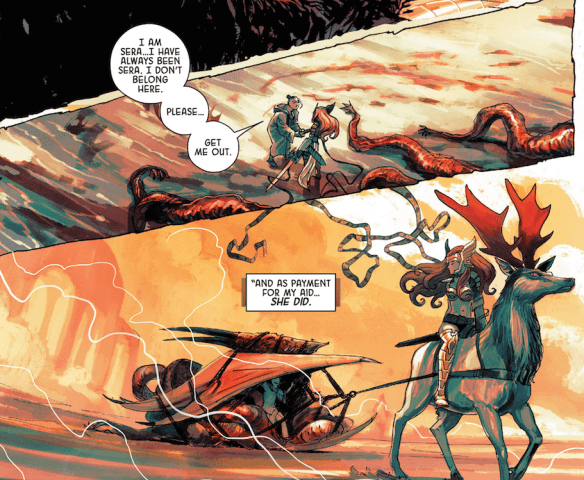 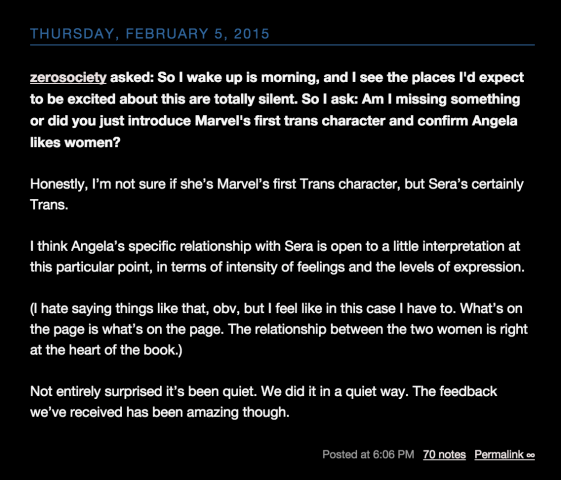 Sera has been my favorite part of A:AA so far; she’s wonderful as the comic relief, and is just a well-written, likeable original character. It’s extra special that she’s a trans woman of color as a canon character in a mainstream Big Two comic. I’ll certainly be interested to see how Angela and Sera’s relationship progresses as the comic continues; I think they’ve laid some serious groundwork to suggest a potential romantic history between the two women.

If you’re interested in getting started, there are only three issues of Angela: Asgard’s Assassin out now, so it’s easy to catch up! We reviewed issue one here, and you can pick up issue four on March 4th.