Yes, angels named a baby Angela. Move past it. 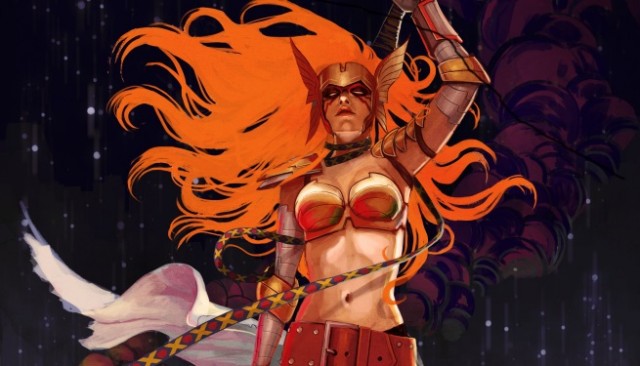 As much as I love legacy heroes, and the gender and race bending opportunities they present, it’s nice to see an original superhero get her own series. Angela, former member of the Guardians of the Galaxy and Thor and Loki’s long lost sister, is headlining her own comic book and, if the first issue is any indication, it may well be the best new series in recent memory.

Spoilers for the first issue of Angela: Asgard’s Assassin lie ahead, Midgardians.

Truth be told, my initial investment in Angela: Asgard’s Assassin spawned more from my identification as A) a Thor fan B) a new Guardians of the Galaxy fan and C) a feminist, than from any particular interest in Angela herself. I had nothing against her, but she never said or did anything that made me want to see her carry her own series. After reading issue #1, though, I beg Angela’s forgiveness (that I highly doubt she would give) and stand 100% on board with this series and this character.

Angela: Asgard’s Assassin #1 kicks off the series in the Limbo hamlet of Un-Town where Angela reunites with her angelic buddy, Sera. She’s carrying an unseen package that looks like (and turns out to be) a baby and is being pursued by a mysterious and frightening horde.

This first issue succeeds in setting an enticing stage for a promising series, re-establishing who Angela is for the uninitiated and introducing interesting supporting characters of whom I’m eager to see more. But the real meat of this first issue, what gives me reason to think that this series could truly be something different, is Angela’s sense of morality. The angels of Heven’s disregard for honor and duty  (“words which translate to ‘Obey me for no reason but pretty words, for no one’s gain but my own’”) was introduced in Original Sin: Thor & Loki- The Tenth Realm, but here we get the full expository spill on the justice code by which Angela lives her life.

Her angelic upbringing ingrained in her the belief that “nothing is for nothing” and “everything has a price,” that good deeds indebt the beneficiary to the do-gooder and that one day that debt must be repaid. In other words, Angela is a superhero who rejects, on principle, the notion of doing good for the sake of it. Hers is a brutally just worldview, reminiscent of that of Stannis Baratheon and Javert. With it, writer, Kieron Gillen (known to many as He Who Annihilated Kid Loki’s Soul) dares us not to like her. Sera recounts how Angela once rescued a baby and returned him to his royal parents: a more quintessential nice-thing-to-do cannot be imagined. Yet, years later, even though the baby grew up to be a wise and just king, Angela slew him when he wouldn’t release an imprisoned Sera to her, and thus refused to pay his debt. Even more unsettling/intriguing/wonderful is how, in the last pages, the horde on Angela’s tail is revealed to be a party of Asgardian warriors led by a Mjolnir-less Thor, intent on rescuing the infant heir of Asgard who it turns out Angela kidnapped.

So, just to reiterate, our protagonist is a king slayer and a baby stealer. Were this an issue of Thor, she would clearly be the villain. But because we’re experiencing the story from Angela’s perspective, we are obliged, instead, to view our beloved and established hero, Thor, as the baddie.

There’s plenty to appreciate about Angela: Asgard’s Assassin #1 aside from the heroine’s principles, of course.  Awesomely, Stephanie Hans’ illustrations provide little to no fodder for The Hawkeye Initiative. Despite her ridiculously skimpy armor, Angela remains generally un-sexualized by the artist, striking no poses that draw especial attention to her breasts, legs or butt. I also love Sera’s design, a woman, er, angel of color who rocks her celestial armor with a short, plump frame (by comic book standards, anyways).

Still, it’s this code of justice that really sets Angela apart from other seemingly morally complex antiheroes and opens her up to some interesting possibilities. I can’t imagine Thor and Angela will remain adversaries for very long and I dearly look forward to a team up between the honorable God of Thunder, his “balance” obsessed sister and the newly-minted Agent of Axis, Loki: three siblings with fundamentally clashing codes of conduct. 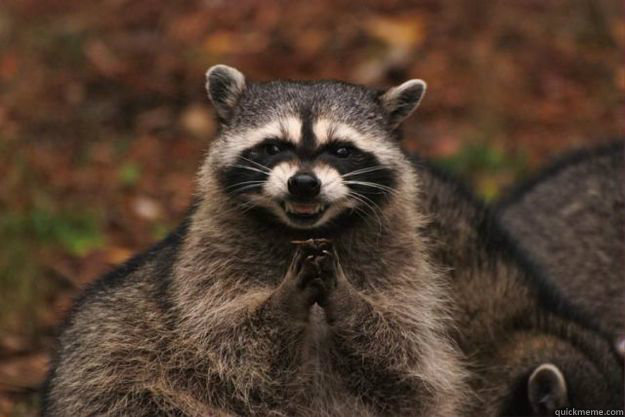