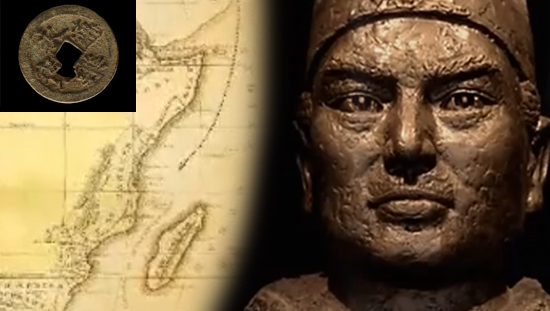 The Europeans get all the press. They’ve got all that history of old empires and discoverers and globe-spanning explorers. Columbus, Copernicus, Magellan. Ah, but who’s writing the history? It may just be that Europe’s got all the PR. There’s two sides to every coin. What if the history books are wrong sometimes? What if, for example, China was out and about discovering stuff decades before Christopher Columbus even boarded a ship? Anthropologists have just unearthed a 600-year-old coin near Kenya that proves that China was hip to trading a long, long time ago.

The island is Manda, just off the coast of Kenya, where Chapurukha M. Kusimba (of The Field Museum) and Sloan R. Williams (of the University of Illinois) and their expedition discovered the ancient Chinese coin. It’s a disk of copper and silver, with a square bored into its center (making it wearable), and it’s called a Yongle Tongbao. Bearing Emperor Yongle’s name, this dates it to the Ming Dynasty between his reign of 1403-1425 AD. In addition, the Emperor was known for his interest in political and trade missions.

It was Yongle who sent the famous — and I daresay legendary — Admiral Zheng He abroad to lands ringing the Indian Ocean. Zheng He is likened to Christopher Columbus for his maritime exploits and innumerable voyages, except that the admiral was a nearly-7-foot-tall giant of a man and Columbus, being Italian, almost certainly wasn’t. Zheng He was also a eunuch and the right-hand man of the Emperor, given command over colossal ships and massive armadas. This coin in Kenya may provide concrete evidence that he had, as many have suspected, sailed to the east coast of Africa.

The excavation site itself may be telling of Chinese interests in trade. Manda was home to an advanced civilization between 200 AD and 1430 AD, and trade was an important part of its development. The Chinese coin suggests that the two faraway cultures had a link earlier than anyone expected, Dr. Kusimba explained:

This finding is significant. We know Africa has always been connected to the rest of the world, but this coin opens a discussion about the relationship between China and Indian Ocean nations. Chinese currency in East Africa is very, very rare.

Sadly, after the Emperor’s death, Chinese exploration seems to have stopped altogether — freeing the waters for European explorers. There is still a chance the coin is counterfeit, too. They’re working on that. Kusimba said that, “whether it turns out to be fake it is still extremely exciting. It speaks to the competition going on between merchants, the kind of competition that is still visible today.” 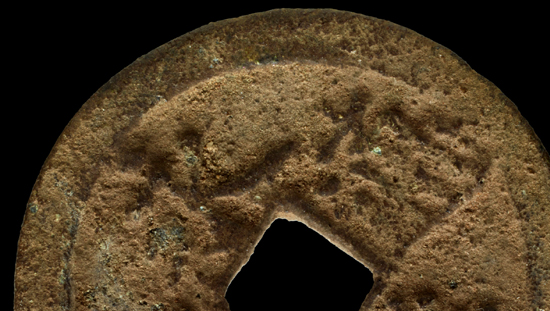 (via PhysOrg, images courtesy of John Weinstein at The Field Museum and YouTube)