Over? Nothing is over until basic cable says it's over. 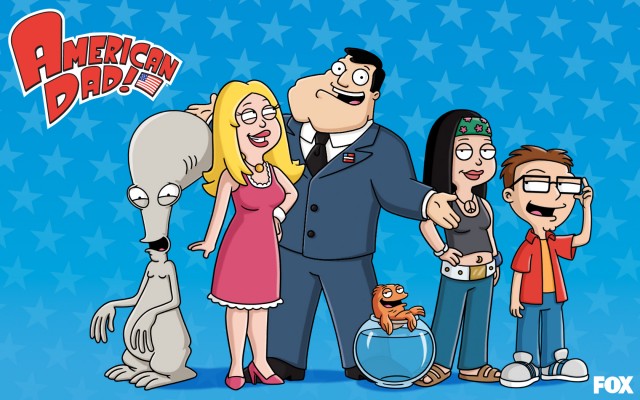 Cable to the rescue! Deadline has reported that American Dad! will move to TBS in 2014. While the 10th season of the animated sitcom, which starts airing on Fox September 29th, was expected to be its last, TBS has offered the show a stay of execution, ordering a 15-episode 11th season for the following year. Though it’s often ignored by those who love Seth MacFarlane and dismissed by those who dislike him, this is a great relief to those of us who consider AD an underappreciated, surreally brilliant show in its own right.

TBS and the Turner-owned Cartoon Network’s Adult Swim already run reruns of American Dad!, making this an ideal situation for them. Meanwhile, the move to cable probably takes some pressure off the show’s producers, as the show’s sense of humor has caused some trouble with the FCC in the past. “American Dad! is a great fit for TBS, a favorite of comedy fans who like smart, irreverent humor with ample doses of biting wit and skewering satire,” said Turner programming executive Michael Wright.

The move also offers the promise of at least one season of the show unburdened by the schedule-shuffling Fox has lately foisted on it. That’s resulted in a backlog of unaired episodes and forced the writers to avoid penning episodes on time-sensitive topics. And more importantly for fans, the combination of more scheduling certainty and a reprieve from network indecency standards,could mean the return of AD‘s famously over-the-top Christmas episodes.

(Deadline via The AV Club)