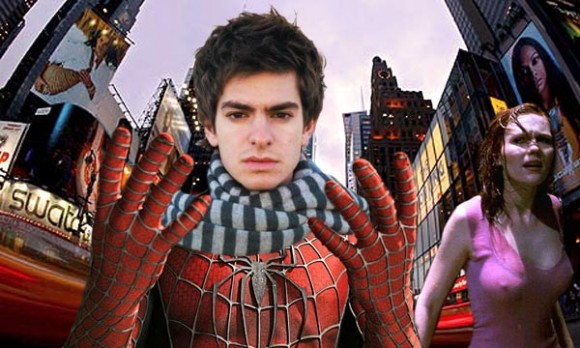 Andrew Garfield is on the cover of Entertainment Weekly this week, pimping out next summer’s The Amazing Spider-Man by revealing lots of juicy little tidbits. Or, rather, things we already kind of knew but needed confirmation of, and some stuff about character development.

First off, it’s been officially confirmed now that the Lizard will be the villain of the film, “who, in an experiment gone wrong, transforms into one of Spider-Man’s most formidable foes ever, the Lizard.” He will be played by Rhys Ifans, most recently seen in Harry Potter and the Deathly Hallows (you might have heard of it) as Xenophillius Lovegood, and also known as Hugh Grant’s kooky roommate in Notting Hill.

We also got this cover picture (below) of Garfield in costume as Spiderman. Of his character, Garfield talked to EW about why he connected with Peter Parker: “I related to Peter Parker so much because I felt like someone else inside. I loved the comic books and the animated TV series and I even dressed up as Spider-Man as a kid.” It is rumored that the first trailer for the movie will drop next week. 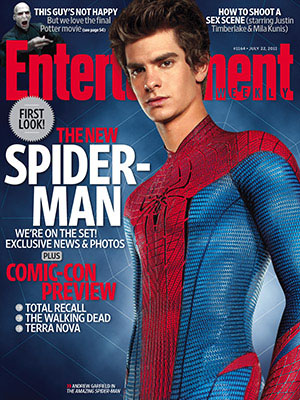 It is said that this film will be a grittier, more contemporary, character-driven version of Spiderman. As Marc Webb, the director of the movie, said in the interview: “Ultimately what this movie is about is a kid who grows up looking for his father and finds himself. And that’s a Spider-Man story we haven’t seen before.”

Here are some photos from Entertainment Weekly‘s feature: 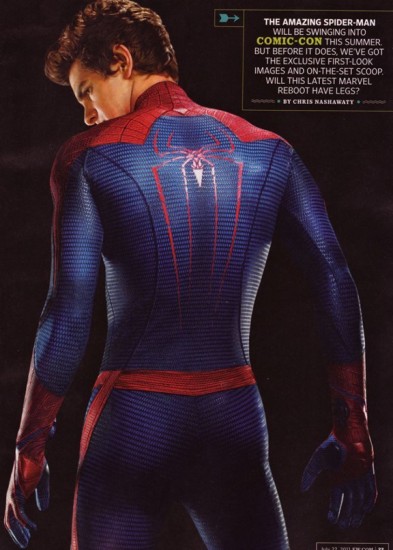 His costume has many, um, assets. 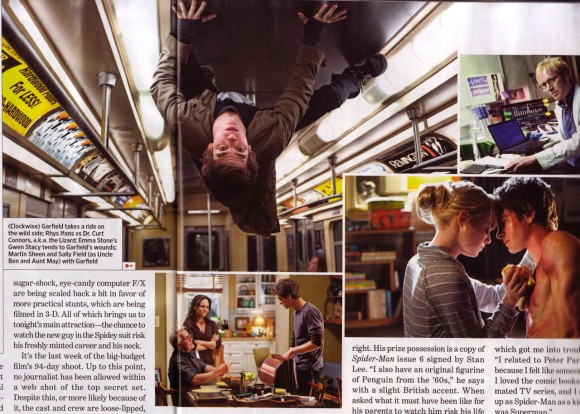 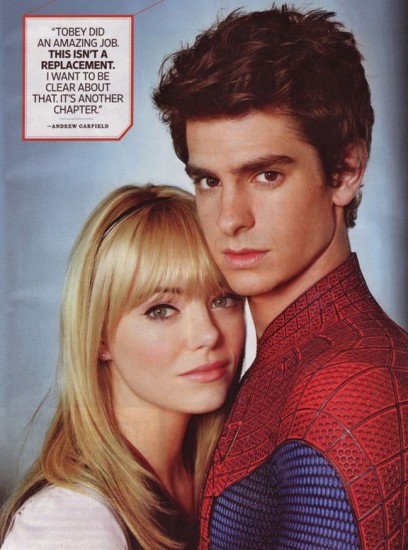