Google’s AlphaGo AI Now One Win Away From Go Domination 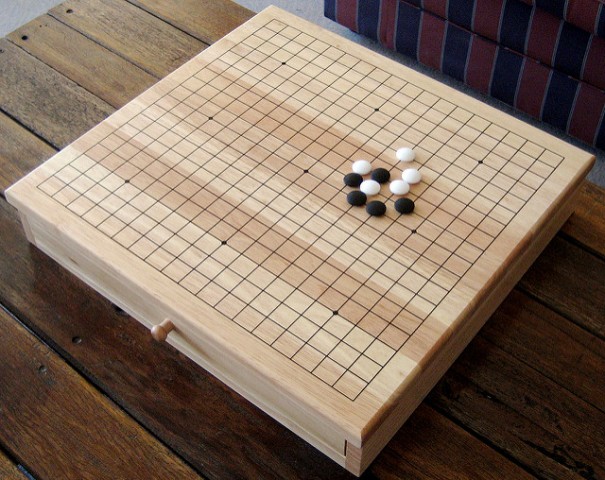 AI has beaten human opponents at several challenges of intellect from chess to Jeopardy!, but it’s never quite been able to master the deceptively complex game of Go—until now.

Go is played on a 19 by 19-square board with small, black and white pieces. The rules are relatively simple, and the goal is to surround more territory than your opponent. However, the game’s large board and simple rules allow for incredibly complex plan, which has made it a tough game for AI to deal with, compared to a game where the “best” move in a situation is easier to discern, like chess.

Google’s AlphaGo AI system seems to have managed it, though, after playing tons of matches against itself. Instead of building a database of possible moves, as the commentators believed in the AI’s first round against Go grandmaster Lee Sedol, AlphaGo was fed human Go moves and then played a massive number of matches against itself to learn what moves worked best. This has made its play completely unpredictable, as it has come up with its own idea of what the optimal moves are to secure victory.

So far, this has given AlphaGo two wins in a best-of-five series against Sedol, who’s currently ranked fifth in the world and may be the best player overall in the last decade. That’s pretty impressive, given that its victory over a European Go champion last year had been thought to be at least a decade away in terms of how far AI had come. Now, it’s on track to take down another expert human player unless Sedol can come back and win all of the remaining three games.

He’s got the advantage in the next one, which takes place on Friday/Saturday (depending on where you live), because he’ll get to make the first move. Still, against a computer that knows only Go moves, being human alone might make things difficult. Sedol had been confident in his skills and was shocked by his initial loss, saying at a post-game press conference, “I am in shock. I can admit that, but what’s done is done.” Unlike the computer, which needs much more than a single game to adapt, he could change his style for the second game, but it still resulted in a loss for him/humanity.

Whether Sedol manages to take the next three games and come out on top or not, these victories are a strong demonstration of the huge leaps forward projects like Google’s DeepMind have made with AI in recent years. I submit as the next logical step: creating AI that understands the infinite complexities of optimally navigating a New York City sidewalk. We can make the impossible possible. We have the technology.