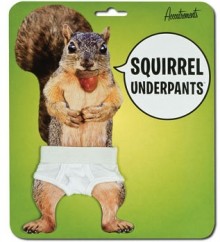 Last year, an Austrian man by the name of Maqsood Lodin was taken into custody in Germany. Lodin was on a watch list, and rightly so as investigators soon discovered that he was carrying secret documents on his person. After searching him, investigators found digital storage devices hidden in his underpants. Within those devices were pornographic videos, and within those were hundreds of pages of al Qaeda documents.

The German newspaper Die Zeit was the first to break the story, though it has since been reported by CNN and elsewhere. According to these reports, the great efforts to hide the documents were understandable, considering that they contained plans for future terror attacks, information about previous attacks in both the U.K. and India, as well as information on how al Qaeda can perform better.

One document in particular, titled “Future Works,” apparently outlined future targets. One such plan would involve hijacking ocean-going cruise ships and taking the passengers hostage — presumably to pressure governments into releasing prisoners or meeting other demands. Among the details of the plan was the intent to dress the hostages in orange jumpsuits, reminiscent of the uniforms worn by inmates at Guantanamo Bay.

The documents also seem to recommend smaller-scale, low-cost attacks like the 2008 attacks on hotels in Mumbai, India, which left 164 people dead. German journalist Yassin Musharbash says that this shows al Qaeda’s interest in a forked approach, using both small-scale and large-scale attacks.

Though CNN reports that U.S. officials consider this a major intelligence coup, it’s a sobering reminder that despite all its recent setbacks, al Qaeda is working hard to adapt.