How bin Laden Used Email from an Internet-Free Hideout 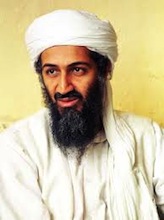 Al-Qaeda leader Osama bin Laden‘s hideout in Abbottabad lacked telephone and Internet connectivity, yet bin Laden managed to maintain email contact with his operatives worldwide. How did he do it?

Holed up in his walled compound in northeast Pakistan with no phone or Internet capabilities, bin Laden would type a message on his computer without an Internet connection, then save it using a thumb-sized flash drive. He then passed the flash drive to a trusted courier, who would head for a distant Internet cafe.

At that location, the courier would plug the memory drive into a computer, copy bin Laden’s message into an email and send it. Reversing the process, the courier would copy any incoming email to the flash drive and return to the compound, where bin Laden would read his messages offline.

While this meticulous system was good for keeping bin Laden’s dispatches out of the hands of counterterrorism officials while he was on the lam, it means that since his compound was discovered, the U.S. now has a treasure trove of correspondences stored on roughly 100 flash drives, the contents of which it hopes to use to stop and apprehend other terrorists.