Visualizing the Spread of bin Laden Death News on Twitter

There has been a lively back-and-forth among journos over the course of this past week as to whether the dissemination of the news of Osama bin Laden‘s death via Twitter and other social media does or does not constitute journalism. Tabling that murky question for now (the answer to which is probably an unsatisfying ‘yes and no’), looking at the spread of that information is in itself fascinating.

Social media optimization company SocialFlow analyzed 14.8 million Tweets sent in the hours after bin Laden’s death and found, among other fascinating data, that the Tweet by Rumsfeld chief of staff Keith Urbahn that got the ball rolling was retweeted more than 80 times within one minute after it was sent, and that by the 3-minute mark, it had led to more than 300 reactions: 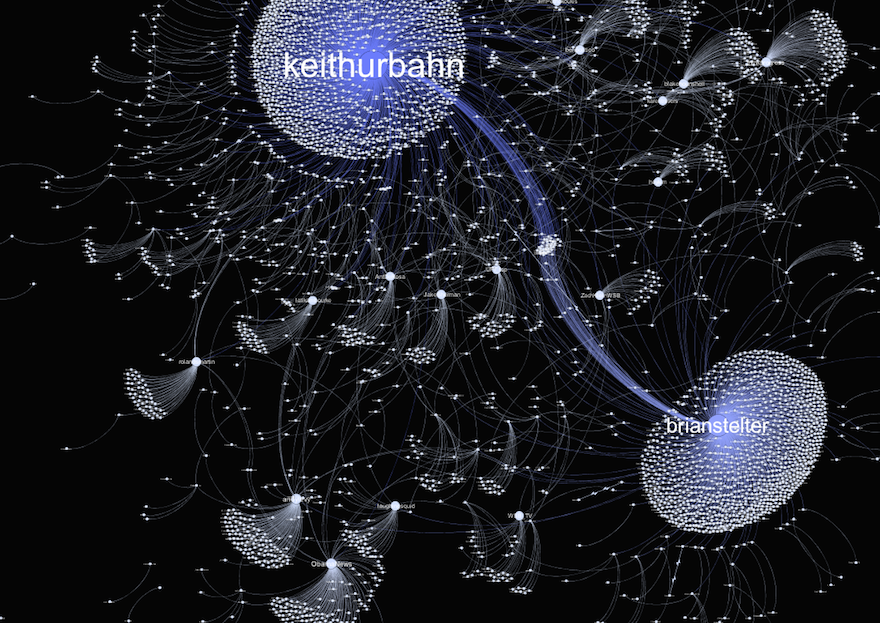 While Urbahn’s initial Tweet and a retweet by New York Times media reporter and influential Twitter user Brian Stelter were key to the dissemination of the news, zooming in on smaller nodes in this visualization shows the importance of other well-followed sources in getting the word out: 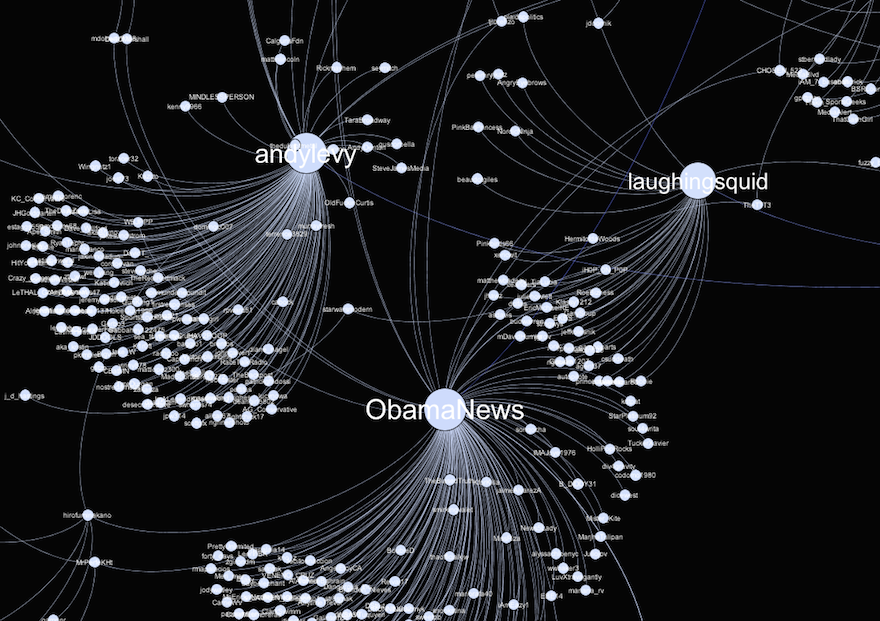 While Twitter did outpace traditional media outlets in reporting on bin Laden’s death, SocialFlow notes a key distinction: Only when an emergency presidential address on an undisclosed topic was announced, strengthening the hypothesis that bin Laden had died, did bin Laden death Tweets kick into overdrive, outpacing Tweets about Libyan ruler Moammar Gaddafi:

As we build out digital social spaces, we must not get derailed by metrics of status affordances that have taken center stage. Just because we have easily accessible data at our fingertips doesn’t mean that we have the capacity to model and place a value tag on human behavior. Followers, friends or likes represent an aspect of our digital status, but are only a partial representation of our general propensity to be influential. Keith Urbahn wasn’t the first to speculate Bin Laden’s death, but he was the one who gained the most trust from the network. And with that, the perfect situation unfolded, where timing, the right social-professional networked audience, along with a critically relevant piece of information led to an explosion of public affirmation of his trustworthiness.

Full, fascinating analysis at SocialFlow. It may not resolve the question of whether social media is or isn’t journalism, but it says a lot about how Twitter works, and how people communicate with each other about major news.