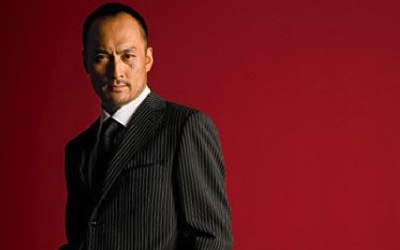 It’s sad to say, but movies studios that do not use the opportunities that lie before them to cast non-white actors in roles that would be great opportunities for non-white actors to play the sorts of roles that are rarely open to them do not surprise me. I’m much more likely to blink in astonishment and delight when studios hire non-white actors to play characters who, had they just hired a white actor, no one would have otherwise blinked at. See Thor and the upcoming Man of Steel. We need a word for when you are pleasantly surprised simply because your expectations were so low.

No, what really surprises me about the Akira casting is that every step the studio makes appears to be perfectly calculated to reinforce the idea that maintaining any ties to the integral cultural setting of Akira is absolutely last on the list of priorities. However, finally, the production appears to be courting it’s first non-white actor, and Ken Watanabe is not only actually Asian, but actually Japanese, a distinction of nationality that I don’t have high hopes for Hollywood ever getting through its head.

But don’t get too excited. Naturally, Mr. Watanabe is in the running for a secondary role, not to play any of the young leads. He’s also, perhaps more depressingly, Warner Bros.’ second choice for Colonel Shikishima, after Gary Oldman turned them down. If Warner isn’t careful, it’s going to end up like Avatar: The Last Airbender before it, making sure that all the series leads are folks that won’t run any perceived risks of putting off an American audience. And if it absolutely has to, making some concessions to criticisms of white washing, but only with villains and secondary characters.

One wonders: if Warner Bros. considers Akira‘s current audience and fandom so small that they don’t fear completely alienating it, why did they decide to do an Akira adaptation in the first place?