Laurence Fishburne Cast in Man of Steel as Perry White 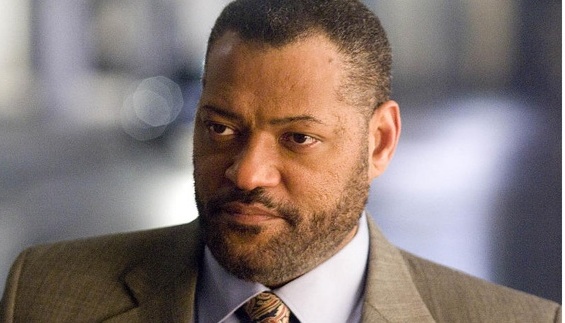 Laurence Fishburne has joined the cast of Zach Snyder‘s Man of Steel, playing the role of Superman/Clark Kent’s boss at The Daily Planet, Perry White. This marks a first for the Superman series since so far, only white actors have played that role (including Frank Langella, Jackie Cooper, and Michael McKean on Smallville). That’s pretty exciting news, considering that we just found out Spider-Man was also going to be non-white. We like this. Progress is good.

Fishburne, who is no stranger to the sci-fi/fantasy genre after playing Morpheus in The Matrix, has made history before when it comes to being the first black actor to take a traditionally white role. Even if that role was traditionally written as non-white. Weirdly enough, he was the first African-American actor to play the role of Othello — a Moor — in a feature film being produced by a major studio. (Previous film productions had Orson Welles and Lawrence Olivier in the role, if you can even believe that, until a smaller production cast opera singer Willard White. But that was not what you’d call a “major motion picture.”) So the casting of Fishburne adds a very heavy hitter to an already star-studded cast.

Most recently, Fishburne left his role on CSI, something I bring up because another actor who just left a network procedural is also set to be in Man of Steel, though in an unknown role: that would be Law & Order: SVU‘s Christopher Meloni.

Man of Steel is currently in production and is expected to be released in June 2013.