Oh My Glob You Guys: There’s an Adventure Time Game on iOS 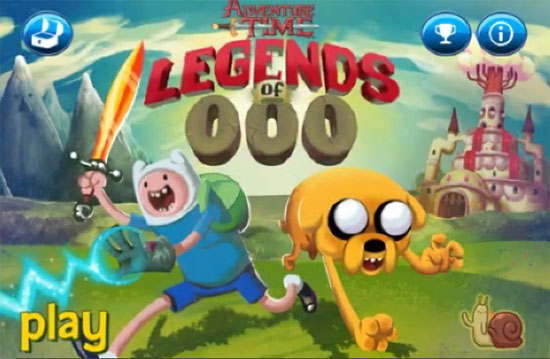 Popular madcap animated series Adventure Time frequently plays with video game tropes in its story lines, which makes it all the more exciting that an official game called Legends of Ooo: Big Hollow Princess has come to iOS. If you’re a fan of pointing, clicking, and adventure, then this might be the best $0.99 you spend today.

The iOS game, which works on all current Apple mobile devices, debuted late last week and has received modest praise in the app store. The game appears to be your standard point-and-click puzzle solver, with all the characters, settings, and general insanity typical to Adventure Time. It even has voice acting by the central members of the show’s cast.

Now don’t get too excited. Legends of Ooo appears to be an iOS remake of the Flash game of the same name. There do appear to be some improvements, such as the voice-overs from the main cast. Weirdly, only a few of the characters are voiced while others speak only through text. It looks a bit jarring, but $0.99 strikes me as a pretty reasonable price for a game — even a ported one.

Weirdly, the plot of Big Hollow Princess — in which heroes Fin and Jake build a fake princess out of junk in order to trick the princess-stealing Ice King — seems quite similar to the plot of the forthcoming Nintendo DS game Hey Ice King Why’d You Steal Our Garbage?!. That being the case, perhaps this iOS game can hold you over until the DS release later this year.

I’ve already bought the game, and fully intend to make good use of it later today.

(Thanks, Susana via Joystiq)