Actors You Forgot Were On Supernatural When a show runs for fifteen years, it racks up quite an impressive list for guest stars, and Supernatural is no exception. From Tony-winners to reality stars, all sorts of folk have me the Winchesters at the crossroads, but here are a few you might have forgotten—and some of them went on to even bigger worlds than this … and galaxies far, far away.

We’ll be going in chronological order here, so as not to show any preferential treatment. 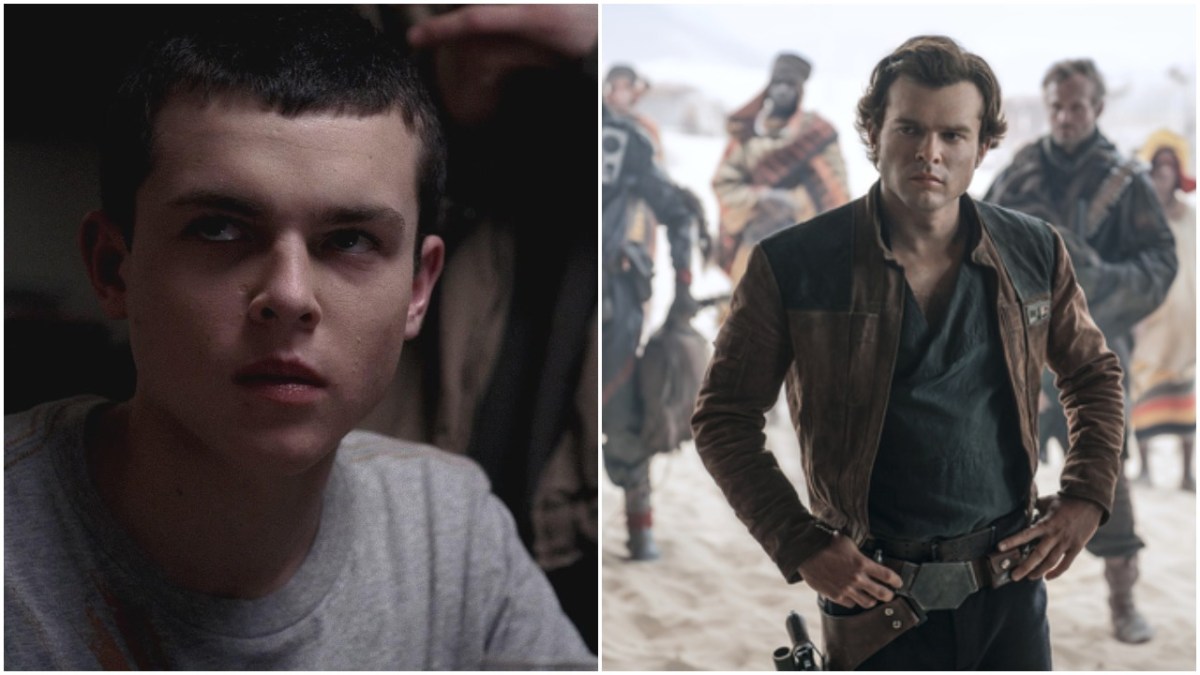 Yes indeed, the star of Solo showed up as a younger brother hunting for another sibling in “Wendigo” the series second-ever episode. The episode also featured a young Cory Monteith of Glee, who was eaten in the first few minutes, but Ehrenreich made a pretty big impression and started a career that would reach the stars. 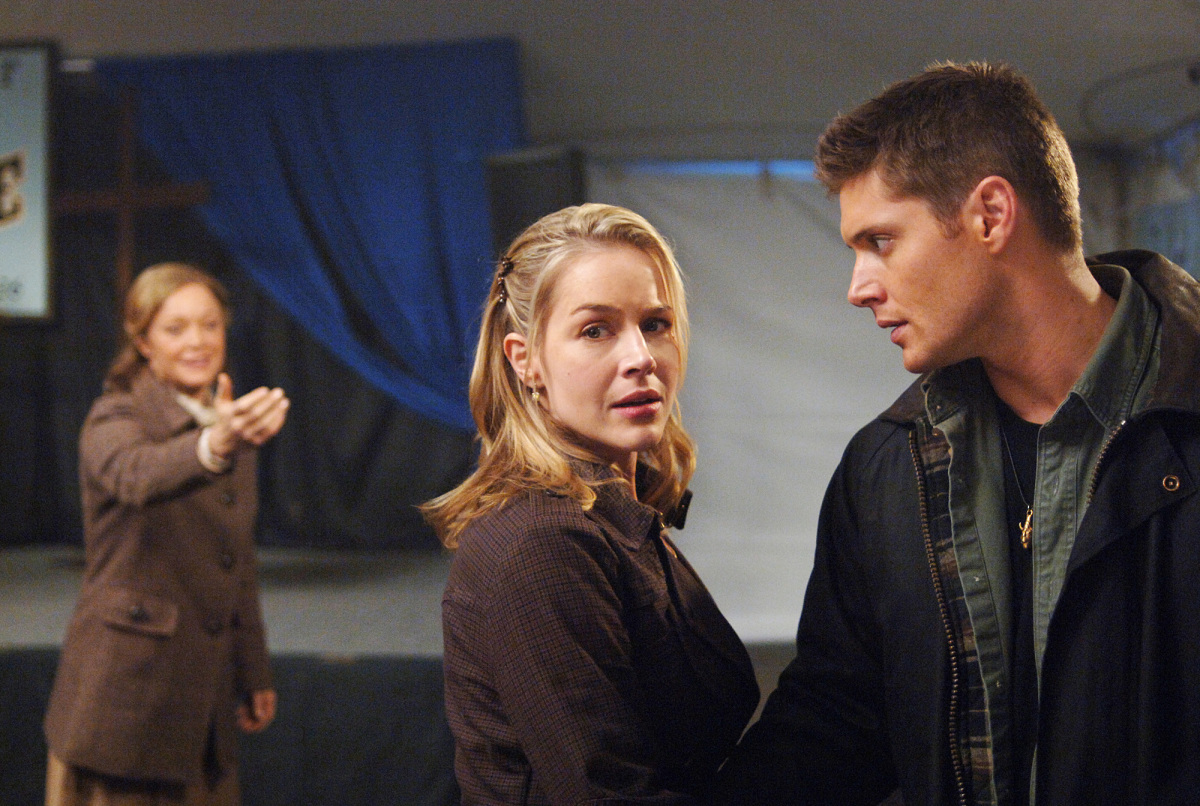 A whole bunch of Buffy alums stopped by Supernatural over the years, from Amber Benson as the vampire Lenore, to James Marsters and Charisma Carpenter as married witches. We also go a hunk of Angel folk as well, from Amy Acker in the third episode of the series to Christian Kane fourteen years later in season fifteen’s “Last Call.” But I’m pointing out Benz here because her turn comes in one of the best episodes of season one, and even the whole series: “Faith.” This episode sees the Winchesters in their first brush with one of them dying, where Benz plays a woman dying of cancer that connects with Dean. It’s a lovely performance from a great actress. Before he was breaking hearts on This is Us, Emmy-winner Sterling K. Brown was hunting vampires and the Winchesters in seasons two and three of Supernatural as Gordon Walker. Gordon was one of the Winchester’s first human enemies, and he Brown was absolutely fantastic in the role, delivering menace, conviction, and even some pathos. It’s not surprising at all that he went on to huge success. 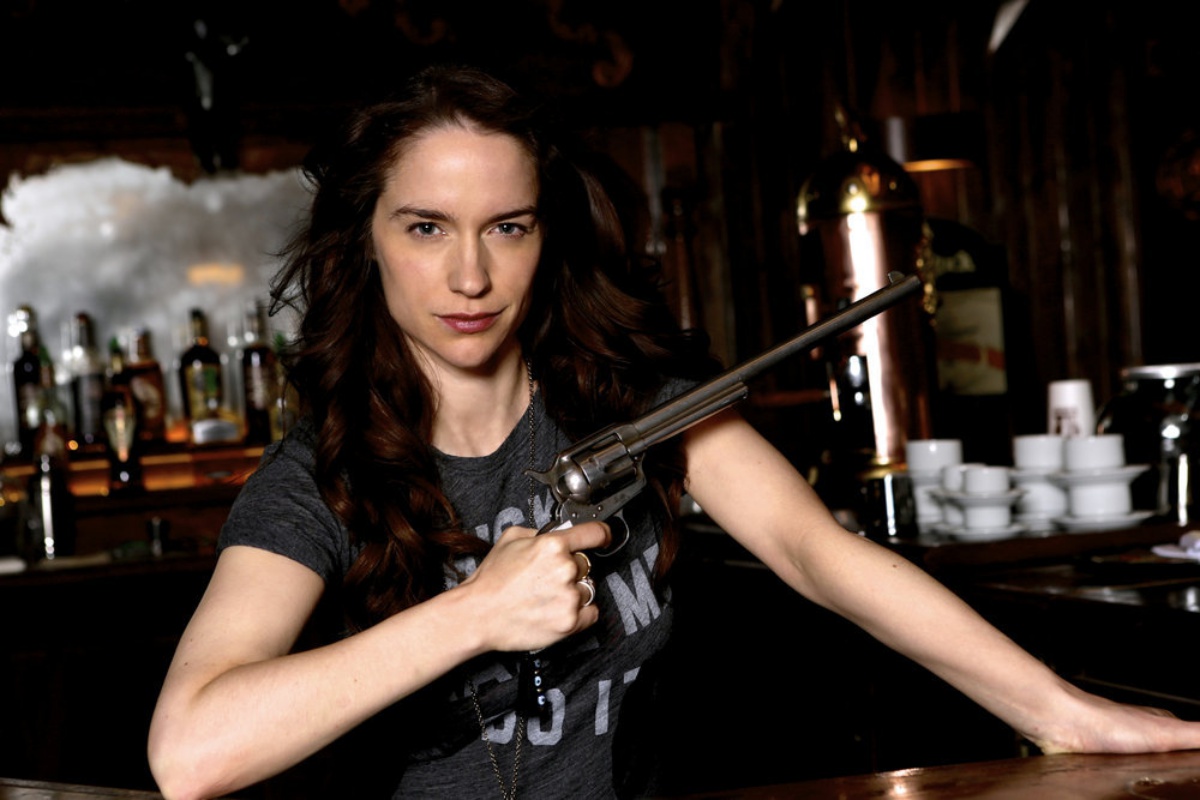 Yes, before hunting demons in purgatory, Wynonna Earp herself had one of her first jobs on Supernatural waaaaay back in the season two episode “What Is and What Should Never Be.” The episode saw Scrofano as a victim of the same djinn that sent Dean into a dream world where his mom never died. It was a great episode and the young Scorfano even made an impression of director, and Supernatural creator, Eric Kripke.

Ha. LOVED working with @MelanieScrofano & proud of her success. Time for a #WynonnaEarp, #SPN crossover? https://t.co/0B8CbPTvgd 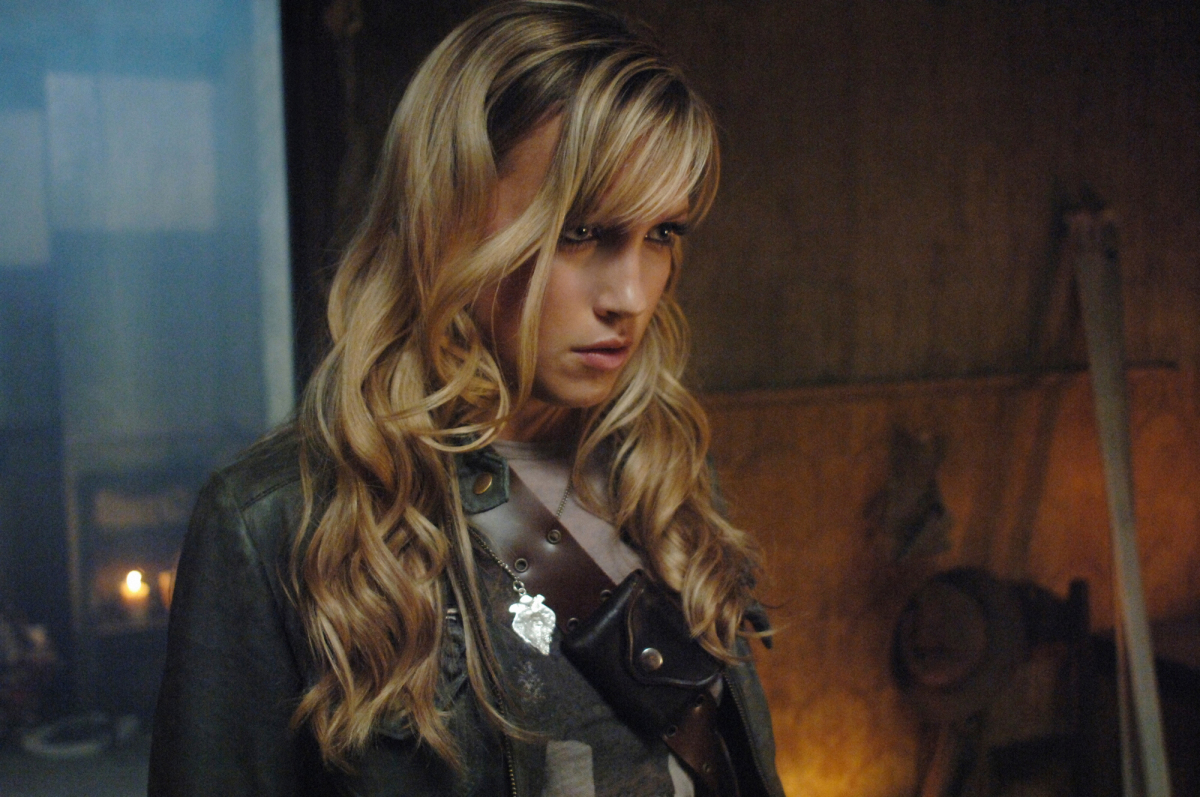 Katie Cassidy has been on the CW for longer than you think. Before she was a hero of dubious morals as Black Siren (and Black Canary) on Arrow she was a demon of questionable motivations as Ruby in season three of Supernatural.

Cassidy—and Ruby—were a much-needed addition of female perspective and energy to the show, but while she (along with our next entry) wasn’t a big hit with fans, the character of Ruby returned again in season four, played by Genevieve Cortese, who later became Genevieve Padalecki. 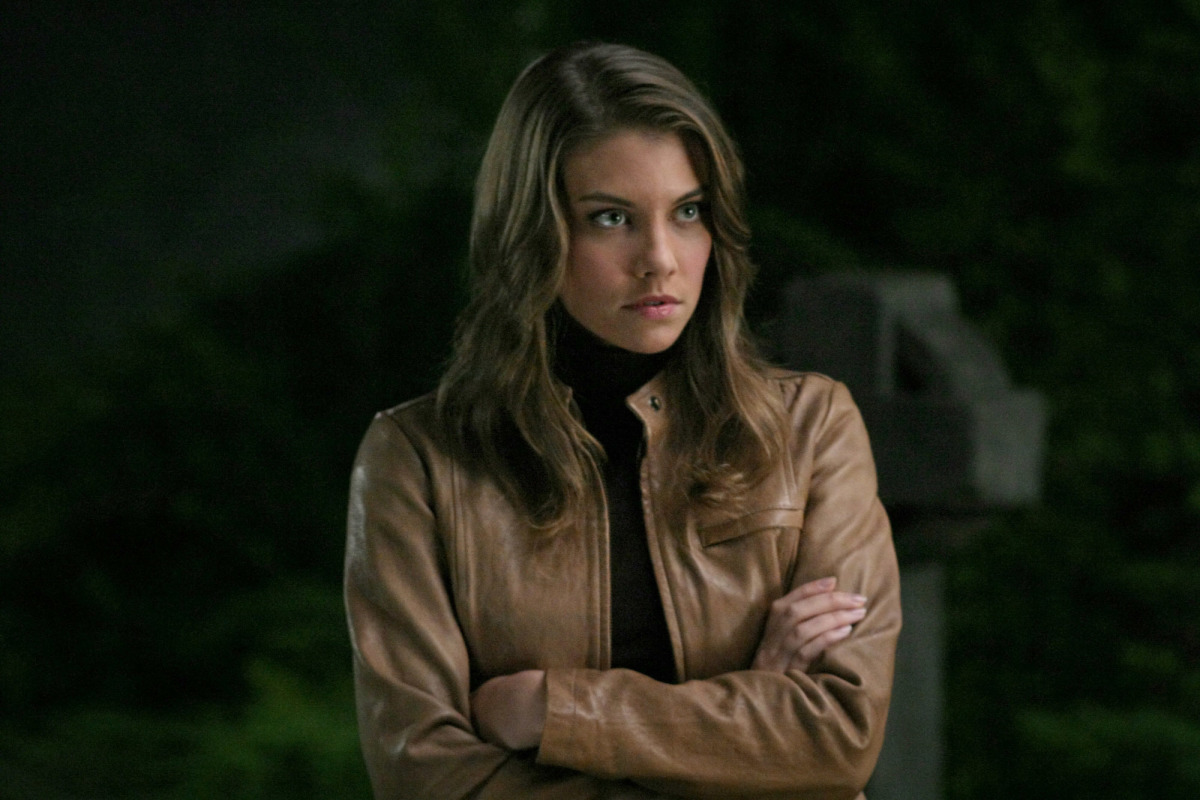 Cohan was added to season three along with Cassidy in an attempt to get more women on the show that didn’t quite work. Cohan played Bela Talbot—a thief with a questionable English accent who it was eventually revealed had sold her soul. The character was a victim of some bad writing and the truncated season three episode count that happened because of the 2008 writers strike, but it didn’t stop Cohan from finding her groove killing zombies on The Walking Dead years later. 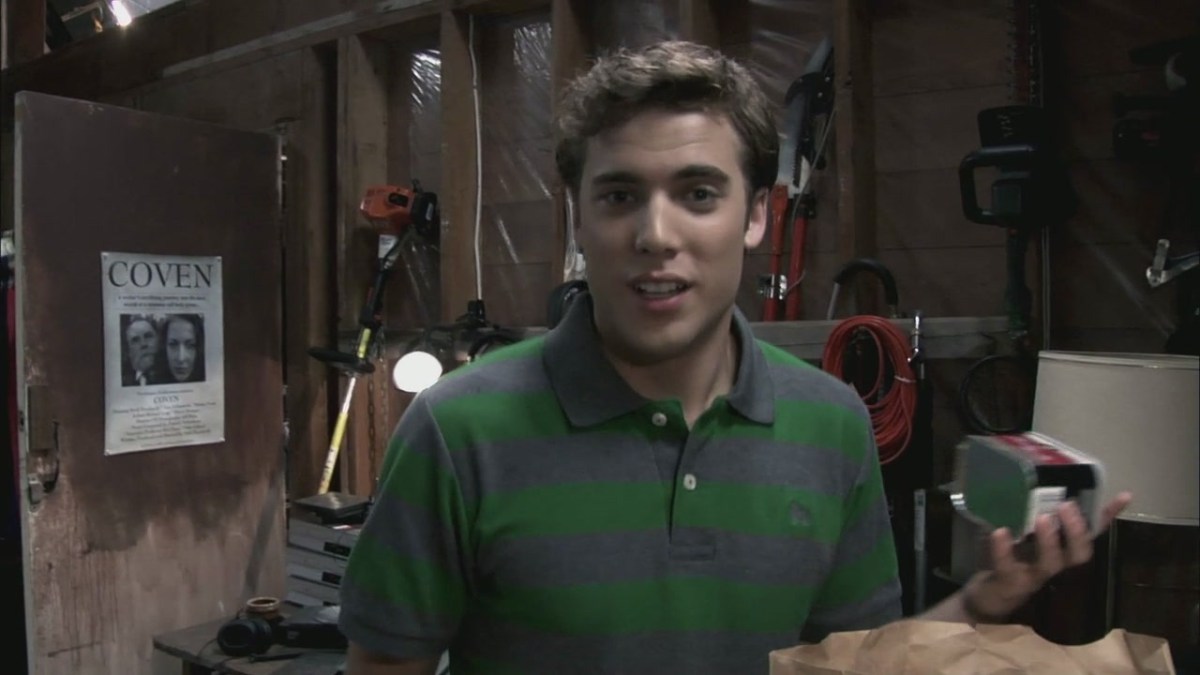 Sweet, sweet Ted Mullens of Schitt’s Creek also showed up in Supernatural season three. Milligan made a big impression as Alan Corbett, the intern of the Ghostfacers. “Ghostfacers” was another great meta episode—this one poking fun at reality shows like Ghost Hunters, and poor Corbett was the red shirt that ended up dead when the team of amateurs faced a real haunted house. 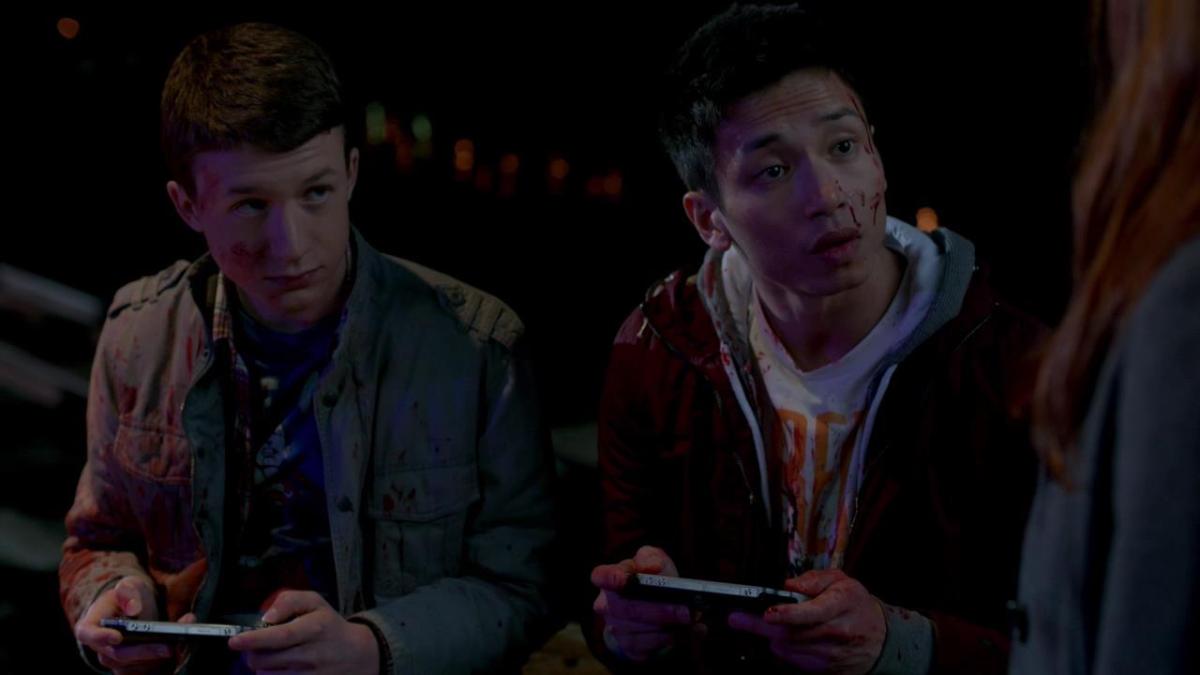 Florida ding dong Jason Mendoza met the Winchesters and Charlie Bradbury (Felicia Day) in the 2013 episode “Pac Man Fever” where he and a friend encountered an exploding corpse. Jacinto is yet another Vancouver actor who has—like most actors in Vancouver where the show films, been on Supernatural—but this one is unique because it was his second television credit ever! 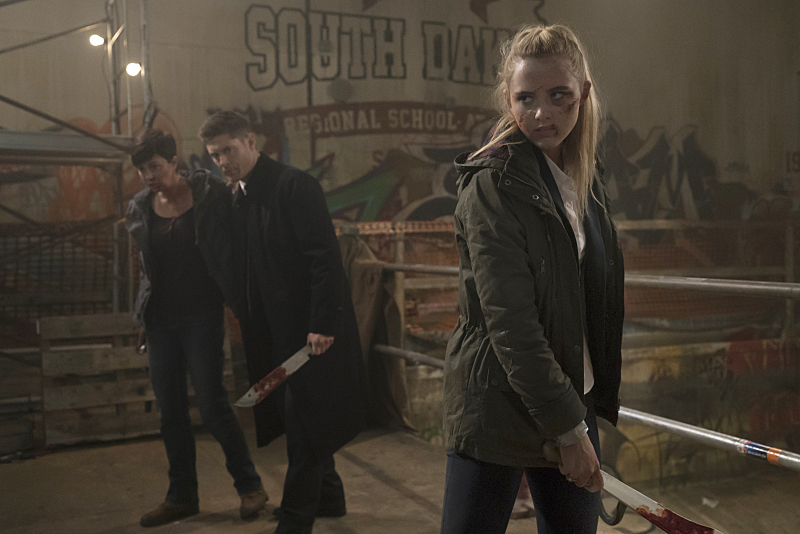 This one you might remember, as Newton’s role as Claire Novak, daughter of Castiel’s (Misha Collins) vessel, Jimmy Novak, recurred for several seasons and was the focus of the attempted Supernatural spin-off Wayward Daughters. Still, it’s fun to see Newton, who’s become a rising star in Hollywood with roles on prestige shows like Big Little Lies and mega-hits like Detective Pikachu.

Newton and her former co-star Jensen Ackles met up last Sunday at a Golden Globes after-party to remind us of history and that Supernatural has an uncanny ability to cast extremely pretty people.

This list could go on for a while, honestly, since so many guests have passed through those hallowed halls. Who is your favorite obscure Supernatural guest that’s gone on to bigger things?