Abercrombie & Fitch Tried to Get in on the Pride Merchandise Game, Went Full #StraightLivesMatter 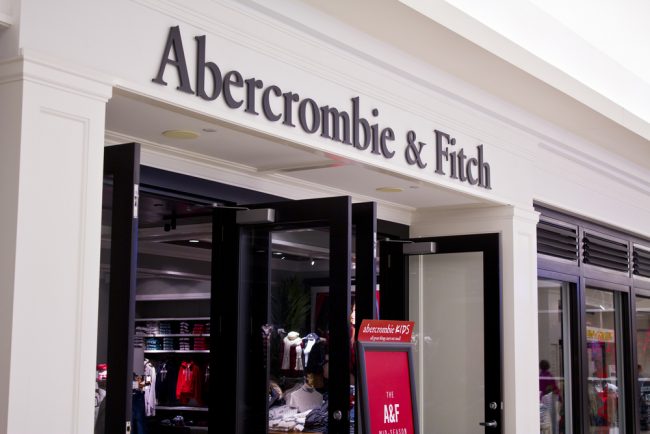 This being Pride Month, you may have noticed a lot of your favorite stores have stocked their shelves with a surplus of rainbow merchandise. Now, sometimes a company will create cool partnerships that benefit great organizations with portions of proceeds and real awareness-raising. More often than not, though, when corporations try to mine social causes for marketing purposes, the results fall short of anything resembling true allyship. Usually, these companies just embarrass themselves with obvious cash grabs. But even the grabbiest of companies don’t often fail quite as spectacularly as Abercrombie & Fitch, who recently tweeted out a Pride message that essentially erased the very meaning of Pride.

abercrombie deleted this tweet of pure ignorance so here are the receipts. pic.twitter.com/S3Ifq71MxE

Hey Kayla, Merchandiser, here’s the thing: No, it’s not. Pride is specifically and explicitly about the LGBTQIA community. And that “A” is not for Abercrombie. It’s not even for ally, not that you’re being one. True allyship means knowing that not everything is about you. It’s for a group you clearly don’t give a crap about unless they’re handing you money.

And by the way, there’s no “S” in that acronym, because straight people don’t need to bring awareness to a support system that has literally always existed for them. Pride is about declaring pride in the face of a society that tells you you’re supposed to feel quiet shame. Pride is about honoring the struggles and sacrifices of those who have paved the way for the queer community. It’s a highly personal and political event created in direct response to the Stonewall Riots of 1969. It’s sure as hell not about making sure straight people don’t feel left out because then *gasp* they maybe wouldn’t want to buy a t-shirt.

As you might have guessed, people were not pleased with Abercrombie & Fitch’s #StraightLivesMatter message.

……. I appreciate the work that the Trevor Project does but this quote is bullshit. Pride is for queer people. that’s the whole point.

Love you @TrevorProject, but this is not a productive statement. Pride is for LGBTQ people because of the ways it’s forcibly taken from us.

LGBTQ just got the All Lives Matter treatment smh ‍♂️

Even their damage control apology misses the point.

We are proud to show commitment to the LGBTQ+ community and to bring awareness to the important work the @TrevorProject does. #ANFxTrevor

Okay but #pride isnt about how straight people feel, they’re included in everything like damn let us have SOMETHING for once

You’re missing the entire point pride isn’t meant to ensure ‘everyone’ feels included, yall are exploiting it to your demographic for profit

Thanks for making it really easy to decide where not to spend our money, Abercrombie. To bypass the store and donate directly to the Trevor Project–which works to provide crisis and suicide intervention resources for queer youth–you can do so here.