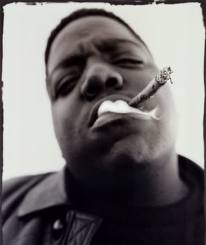 The Internet often combines things you probably never would’ve even dreamed would’ve been in the same sentence together. Today, on the fifteenth anniversary of his death, we have the AARP tweeting about and Biggie Smalls. Because if there’s anything that the American Association for Retired Persons really relates to, it’s hardcore gangsta rap.

We miss you, Biggie.

Personally, I think he would’ve been like Snoop Dogg, and appeared on game shows.