A Look at Beast Boxing Turbo, or, That Time A Developer Worried About Women Liking His Game And It All Turned Out Fine

Earlier this week, I was contacted by Gordon Luk, lead developer of newly-released indie game Beast Boxing Turbo. He had come across the article I wrote on what women want in female game protagonists, and was left with some questions about his own work. See, Beast Boxing’s got a female protagonist, but she’s the only lady in the game. This is a trope I mentioned as being problematic, and Mr. Luk was worried about the affect it had on his game, and if women gamers might be put off by it. He offered me a copy of the game and asked for my two cents. I asked for his permission to dissect his concerns publicly, to which he agreed. I got to playing, and now, here we are. Having recently become the boxing champion of Beasthalla, I can safely say the following:

Gordon, you’ve got nothing to worry about.

Let me quickly sum-up the point he’s referring to in that article. I was essentially talking about the Smurfette Principle, which is a fancy way of describing the phenomenon of the token woman. You all know what I’m talking about. Kerrigan in StarCraft. Chun-Li in Street Fighter II. Zoey in Left 4 Dead. This is a trend that hearkens back from long before the time of video games. It appears everywhere, and even when the token woman is a good character, it’s rather weird when you consider that women make up just over half of the human race. And yes, as a general rule, I find it annoying.

But to the game in question. Beast Boxing Turbo is a first-person boxing game set in the monstrous land of Beasthalla. You play as Char, a human woman living in the slums. Humans are an oppressed race in this world, and Char has dreamed all her life of being able to fight in the elite Beast Boxing leagues. Wearing her foolproof monster disguise, Char finds herself a coach and works her way to the top. Think Million Dollar Baby meets Where The Wild Things Are. (Now there’s a sentence I never expected to write.)

Here’s where it gets awesome. Char is, I kid you not, a non-sexualized female protagonist in a game that glorifies prize fighting. She wears full armor. She doesn’t pose or pout for the camera. She is gracious in victory and resolute in defeat. She is driven not by a desire for glory or fame, but to prove once and for all that humans can do anything. And the other characters never, ever, ever belittle her gender. No one tells her that she hits like a girl. No one is surprised that a woman wants to fight. When they mock her, they mock her fighting skills or her faux monster face, nothing more. While Beast Boxing keeps the story simple, Char nonetheless stands out as a remarkable heroine.

And speaking of monsters, yes, it would’ve been good to see some lady beasts in the ring with Char. But in this particular case, I didn’t find their absence off-putting. I spent some time chewing on why, and I believe it has to do with what usually makes the Smurfette Principle so infuriating. Smurfy stories are often written in such a way that women aren’t just the odd ones out statistically, but also in terms of character. They’re shown to be weaker than the rest of the group, or less intelligent, or good for nothing but romantic intrigue. Or barring that, they imply that an active, adventurous woman who does stuff is the exception to the rule. I’m thinking now of that brilliant scene in The Avengers, when Black Widow confronts Loki. She uses his assumptions about her gender to get inside his head, but before that glorious twist, in the moments where he was reducing her to tears over her past deeds, my thought was, “Oh, right, this scene again.” It was a typical Smurfette scenario, and the reversal was what made it so good — and more importantly, one of the reasons why many women loved the film despite the wonky gender ratios.

The same basic concept applies to Beast Boxing. I got the sense that the beasts would’ve acted exactly the same way toward a human man as they did toward Char. It’s worth noting that Char doesn’t disguise herself as a male beast, but simply a beast. And she’s not fighting as a champion for women: she the champion of the human race. This is another key point about why this trope usually fails. Feeling like I have to overcome gender prejudices within a game is one of my pet peeves (though there are rare exceptions). As I’ve said before, that’s a feeling I have to deal with out in the real world, and it’s not something I want when playing out a power fantasy. All Char has to face is prejudice against humans. That’s obviously not something real people struggle with, and therefore it didn’t bother me.

So really, the only problem with the lack of female beasts in this game is that it conforms to a very old, par-for-the-course storytelling mistake. Honestly, to me, that’s a tiny complaint when viewed alongside all the things Beast Boxing gets right. But I will say that it would’ve been easy to include more female characters. While some of Char’s opponents have male characteristics, many are gender neutral in design. You don’t need to put a pink bow on a monster’s head for us to believe that she’s female — in fact, that’s kind of the worst thing you could do. I’m reminded of Susana’s post last week on the inclusion of female Turians in the upcoming DLC for Mass Effect 3 (effing finally). She included a quote by ME3’s art director on why they it took them so long.

We usually try to avoid the females because what do you do with a female Turian? Do you give her breasts? What do you do? Do you put lipstick on her?

No, actually. It’s way easier that. I know this is a shocking piece of information, but Turians — and beasts — are not human. They don’t have to follow human gender indicators. They don’t even have to be sexually dimorphic. You don’t need to put breasts or curves or pink on a character in order to make her female. Look at Quozzle, the protagonist of Incredipede. This is what she looks like. 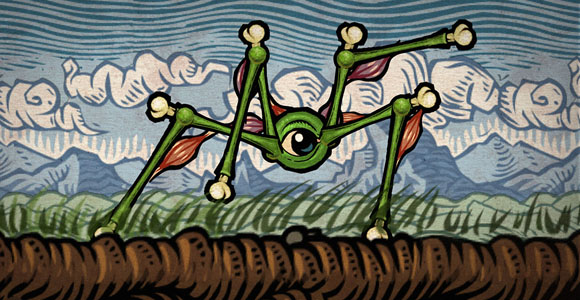 How do I know she’s female? Because the game calls her “she.” That’s all I needed, and that’s all the gender neutral monsters in Beast Boxing would’ve needed, too. Just a quick pronoun swap. It’s a small thing, but it is something people notice. If there had been rough-and-tumble lady monsters in this game, I would’ve been stoked.

Which brings us to the original question: whether or not women gamers — specifically those who already enjoy boxing games — would eschew this game for its lack of female opponents. Okay, I want all developers out there to pay super close attention. I’m going to show you how to sell a game to women in a single paragraph.

Beast Boxing Turbo believes in the old-school joys of quick reflexes and combo mastery. Button mashing will get you nowhere. This game demands an almost meditative level of concentration from the player, a subtle balance between offense and defense that both exhilarates and soothes. But you can’t get too comfortable, either. Every opponent’s fighting style requires a different strategy, and falling into a predictable pattern will teach them to anticipate your moves. This is a game about patience. You can’t win just by being fast or having a lot of hit points. You have to be smart. Couple that with polished artwork, delightful writing, and a never-say-die leading lady you can’t help but root for, and you’ve got yourself a treat.

Do you see what I did there? The focus was not on the protagonist, but on the mechanics. If you’re going after genre fans, pitch it exactly as you would to the gentlemen in the audience. Experienced gamers know what they like, and their primary concern is whether or not the gameplay is going to be fun. And as for women, the sad truth is we’re used to having to buckle down and bear it when our favorite games fall short on the female character front. That doesn’t make it okay, but it does mean that those of us who are dedicated to a particular genre will, to a point, keep playing despite a lack of equitable portrayal (example: that time Amanda and I spent a whole month talking about Street Fighter). The reason Beast Boxing Turbo will appeal to women who already like boxing games is because it’s a good boxing game. A lack of female monsters will not scare those players off.

But that doesn’t mean that character gender doesn’t matter. Oh, trust me, it does. Buckling down isn’t fun, and though I’m accustomed to it, it’s like having a seed caught in my teeth the entire time I play, no matter how good the mechanics or the male characters are. Keep in mind, women gamers who critique the portrayal of female characters aren’t doing so because we hate games as they are. We’re here because we love games. We adore them. We just think they could be better, and we’d like to see our stories told, too. When a game gives me a solid female protagonist, it feels like I won the lottery. And if I get well-rounded female NPCs to boot, that’s two lotteries. It’s the feeling of sitting on the sidelines all season, even though you’ve attended every practice and bought the same gear as everyone else, and then finding out that you’ve been chosen for the starting squad. By giving your game good female characters, you’re appealing to two different camps of women gamers: the genre fans who will be over the moon to see themselves represented in their preferred type of game, and the newcomers willing to give it a shot after seeing that this is a world in which they are welcome. Everyone wins.

So to answer your question, Gordon, yeah, it would’ve been cool to see Char fight some female beasts. Keep it in mind for next time. But for now, be proud of Char and the way her world treats her. We could use a lot more of that.

Beast Boxing Turbo is available for both Mac and Windows, and can be purchased from the game’s official website.