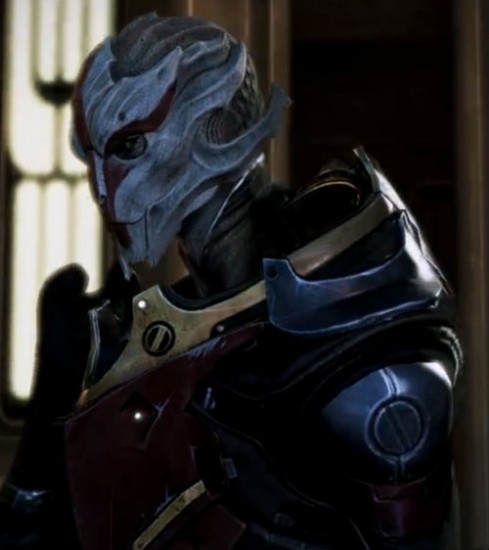 Our much beloved Mass Effect series is set in a lovingly crafted and intricate universe, where an ambitiously large number of alien races coexist (or at the very least tolerate each other as long as they keep out of their space). And gender isn’t an area of which the games are shy, though they’ve done it with a certain economy of character models. One of the biggest exceptions to this has been the absence of female Turians from the game (since Turians are a fundamentally egalitarian and widespread species in the galaxy, where military service for every citizen is seen as a mandatory part of adulthood and a cornerstone of their culture). Today, with the announcement of their latest DLC pack, Omega, they are finally revealed. (One more pic below.) 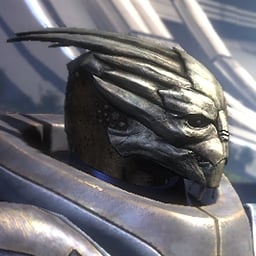 Though many Turians sport, as seen above, elaborate facial markings. Females appear to lack males’ elongated head ridges, but have much more elaborate cheek… extensions? 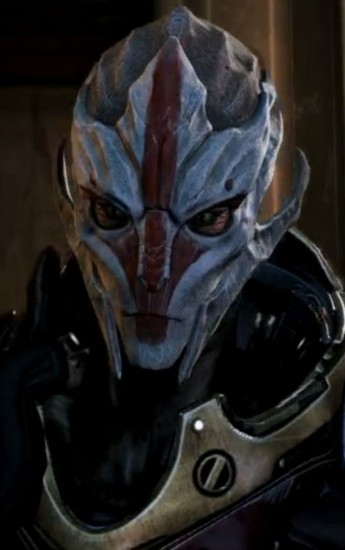 I like it. Especially after Mass Effect 3‘s art director was quoted as saying “We usually try to avoid the females because what do you do with a female Turian? Do you give her breasts? What do you do? Do you put lipstick on her?“, which seems like a pretty lazy thing to say about a question which is specifically your job to answer. Still, considering the characteristics of their different societies, it’s pretty incredible that we got female Turians after female Krogan.