8 Young, New Heroes the Marvel Cinematic Universe Should Focus on Next 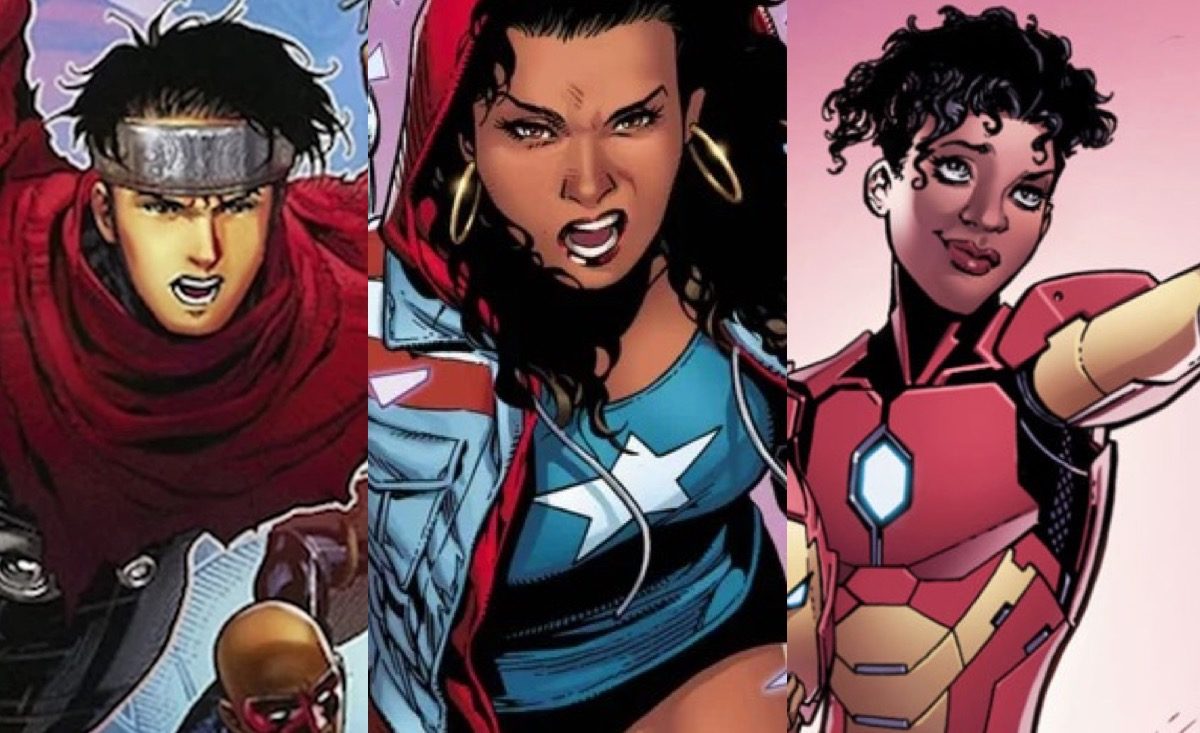 Since the latest developments in Marvel’s Avengers: Endgame, a lot of things are up in the air in the massive cinematic universe, and many questions must be asked: What’s going to happen to the major established players who survived Endgame? What’s the deal with new characters like Shang-Chi, from the upcoming film Shang-Chi and the Legend of the Ten Rings? How will Marvel Phase Four distinguish itself as a new era, bouncing off the last?

With all this in mind, it might also be good to ask how the younger generation will play into this, as well? For over a decade, the Marvel Cinematic Universe has been defined by its older members, including Captain America, Iron Man, Black Widow, and more. Yet, with the introduction of new heroes, like the latest Spider-Man (played by Tom Holland), and with Marvel’s “plans” to feature Ms. Marvel (a.k.a. Kamala Khan) and Monica Rambeau (in WandaVision, as first featured in the MCU in Captain Marvel), it would seem that the latest superhero era will be focusing on the younger generation, a development that literally brings fresh blood to the game.

Personally speaking, I think this path could potentially bring fresh and rich storylines for the MCU. By concentrating on the millennial and post-millennial generations, the MCU can bring new life into the franchise, focusing on new heroes who are ready to step into the spotlight with fresh idealism and energy that the older generation may lack or need. What’s more, Marvel’s comic book universe has already provided rich material to work with, specially from the Young Avengers comics.

The Young Avengers were initially introduced after the events of the 2004–2005 “Avengers Disassembled” storyline, in which the team’s disbandment created a need for new heroes to step into the ring, namely a new generation to take on the superhero mantle. Originally created by Allan Heinberg and Jim Cheung, the Young Avengers comics have gained a popular fandom, achieving commercial and critical acclaim for innovative storylines and diversity, including multiple awards, such as the 2006 and 2014 GLAAD Media Award for Outstanding Comic Book and the 2006 Harvey Award for Best New Series.

With all that in mind, here are some of the potential characters who should kick ass next in the MCU: 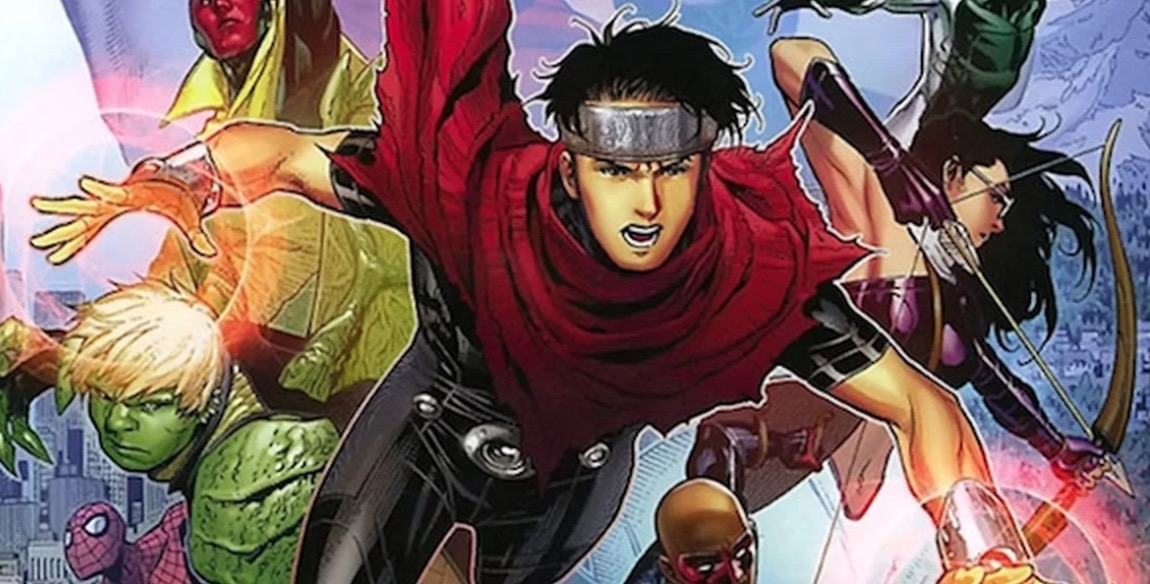 Originally bullied for his sexuality in school, Billy Kaplan, after receiving support from his favorite avenger, the Scarlet Witch, comes into his powers and decides to help create a superhero team after the Avengers’ disbandment. Within the original comics, Wiccan has a unique origin story, both as the biological son of two human parents Rebecca and Jeff Kaplan, as well as the reincarnated son of Wanda Maximoff and Vision (long story).

One of the primary characters of the Young Avengers, Billy’s heroic form is a combined homage to Thor and Scarlet Witch, taking after the former in aesthetics and the latter in magical, electro-kinetic powers, honing in the significance of legacy within the superhero community.

Furthermore, as one of Marvel’s most high-profile LGBTQ+ teenage superheroes, and half of one of Marvel’s most famously shipped couples, Wiccan, as an openly gay, Jewish superhero, would mean incredible representation for today’s youth, especially in the wake of anti-Semitic and homophobic hate crimes happening in the world today. 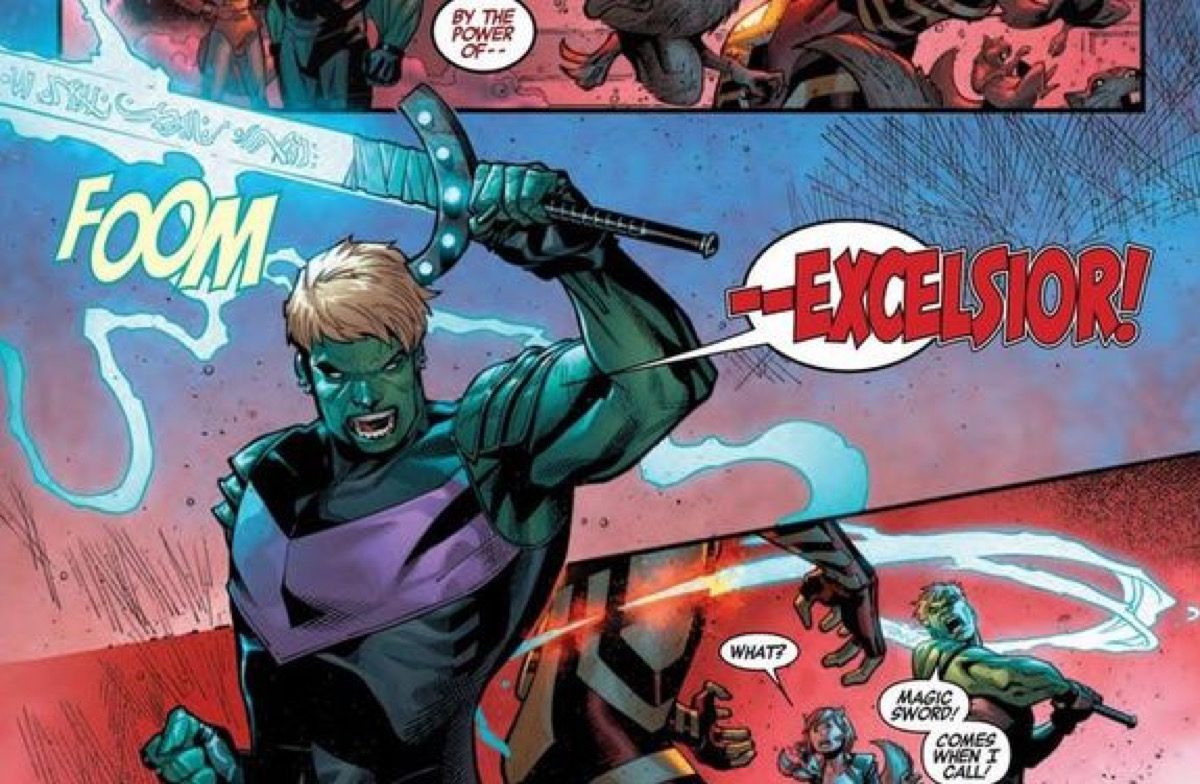 In his heroic form, consisting of green skin and muscled stature, Teddy Altman’s appearance seems to be a youthful homage to a certain green giant. However, his origin story and personality are far from the Incredible Hulk’s, as Teddy is a shapeshifter from another planet, with half-Skrull, half-Kree heritage.

Since the release of Captain Marvel, the timing is too serendipitous not to introduce Hulking to the MCU. Not to mention, as Wiccan/Billy’s romantic partner, Marvel would be introducing their first openly same-sex couple, making up for their less than stellar promised queer representation. 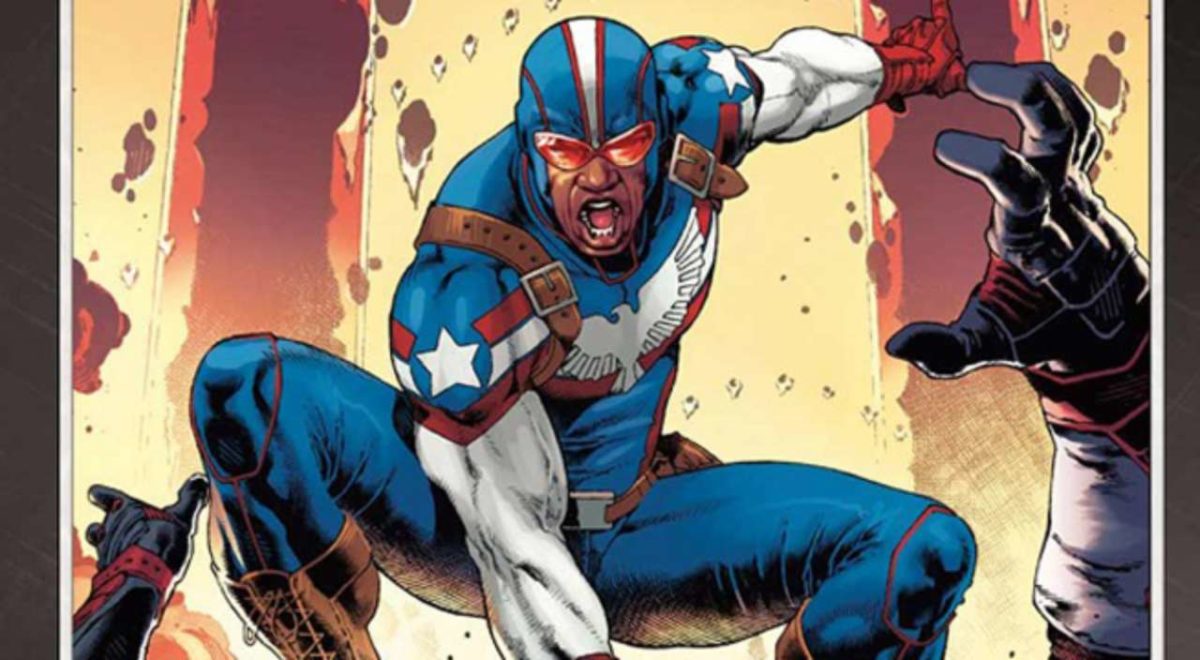 A young man taking on the mantle of the original Bucky, Elijah Bradly is the descendent of a tumultuous superhero legacy. Part of an undercover American government experiment to replicate the Super-Serum that created Captain America, Eli’s grandfather, Isaiah Bradley, was one of three hundred African-American soldiers forcibly recruited to undergo testing, later becoming the “Black Captain America.”

What’s more, Elijah Bradly as Patriot—not including Miles Morales, since Spiderman: Into the Spider-Verse is part of Sony property—would be the first Black teenage superhero to be featured in the MCU, joining the legacy of other Black heroes, such as Black Panther and Falcon. 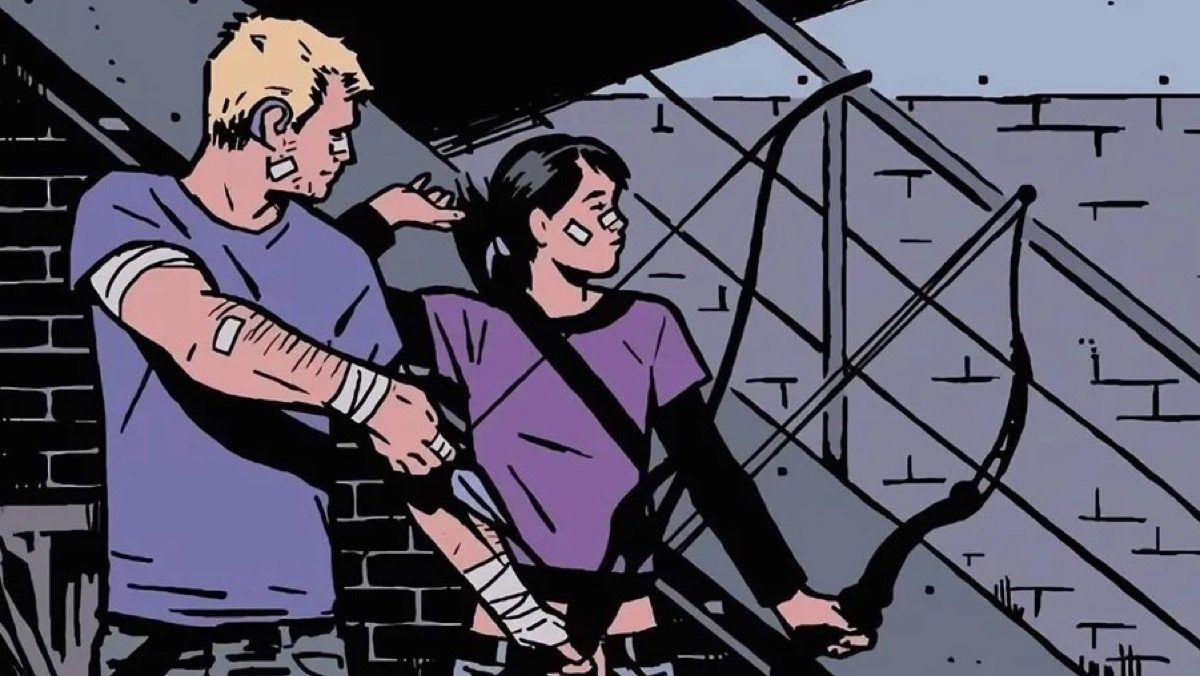 Though she is the only member on the Young Avengers team without special abilities, this doesn’t detract Kate Bishop’s position as one of its most powerful and fiercest members—and she’s already got a Disney+ TV series o the way. A young woman of privilege, Kate Bishop had been disillusioned by her family’s wealth and finds inspiration, and seeks to do good in the world, by volunteering in soup kitchen and women’s centers. However, after seeing the Avengers in action, particularly Hawkeye (a human superhero without powers like herself), Kate takes up archery, becoming Hawkeye’s protégé, and later Hawkeye herself.

As a female legacy character, Kate Bishop brings new blood to a previously All-Boys’ Club, which Marvel still needs work on at this point. Furthermore, as a survivor of sexual assault, Kate’s background and subsequent story of heroism, if done respectfully, can bring amazing representation to generations of #MeToo survivors. Though personally, I think it would be so much better if the MCU revamped its cast by bringing a Deaf actor to play Kate’s mentor, Hawkeye (Clint Barton), as the character actually is in the comics—possibly Nyle DiMarco. 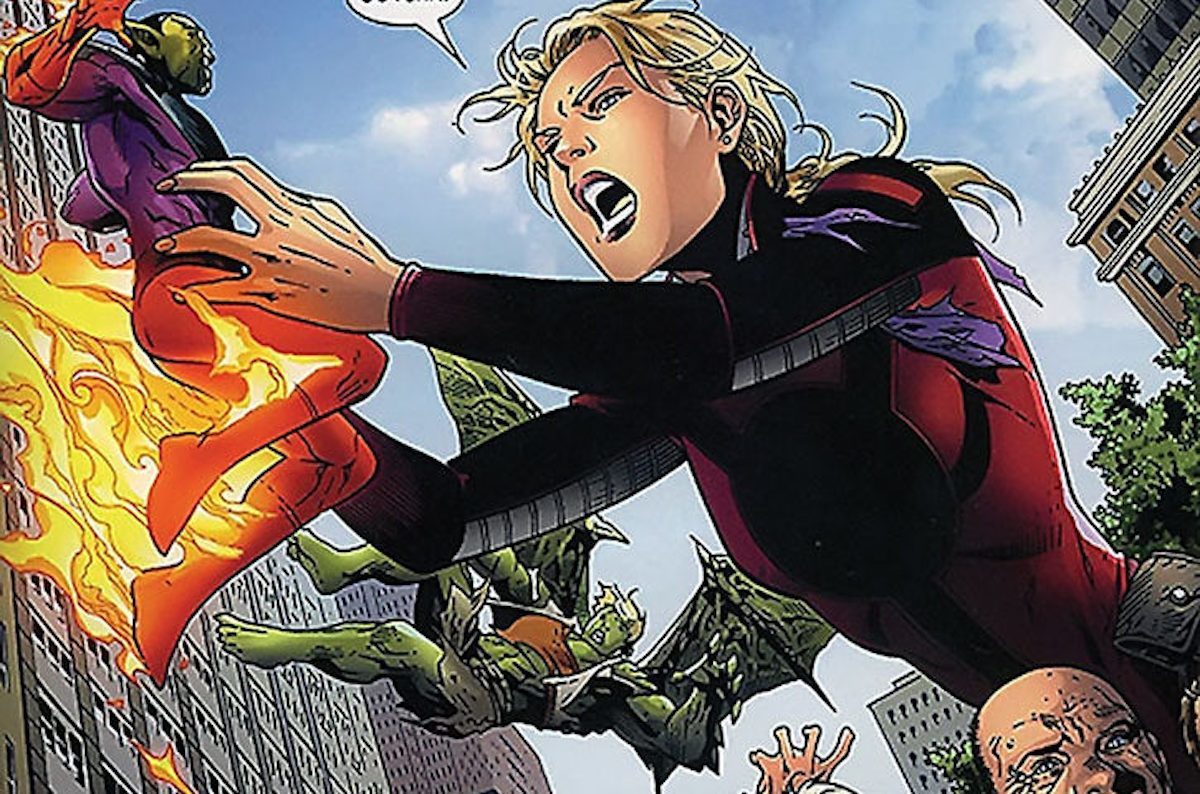 Many of us might have first seen her as Scott Lang’s young daughter from the Ant-Man films, a precious kid who claims to want to be a hero just like her dad. Since the recent events of Avengers: Endgame, that statement might just come true, as with the events proceeding Thanos’ Snap, Cassie is now old enough to join the Young Avengers and use the powers she seems to have gained from her father. Plus, more girls in the MCU is always a plus. 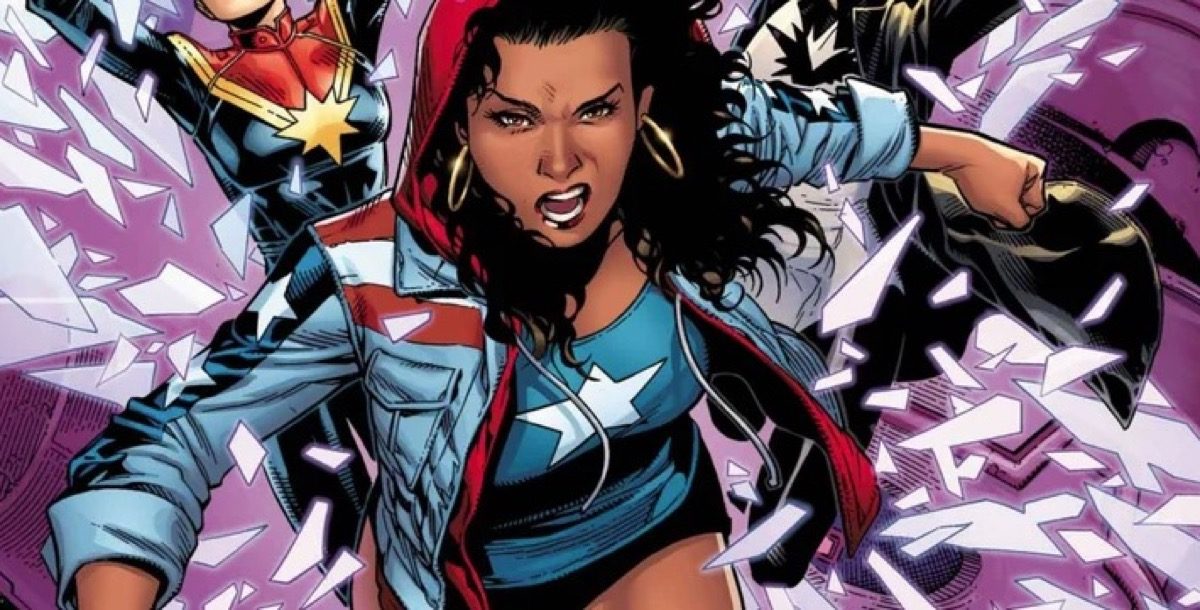 This character should need no introduction, but if you need one anyway, here it is. Raised by her two mothers in an alternate dimension called the Utopian Parallel, America Chavez had a happy life until her home was threatened by destruction and her mothers sacrificed themselves to save her. Fleeing Utopia, America ran away from her home and superhero legacy, until coming across the Young Avengers and joining their team.

Maybe Marvel should take this into consideration when selecting writers for their upcoming films. 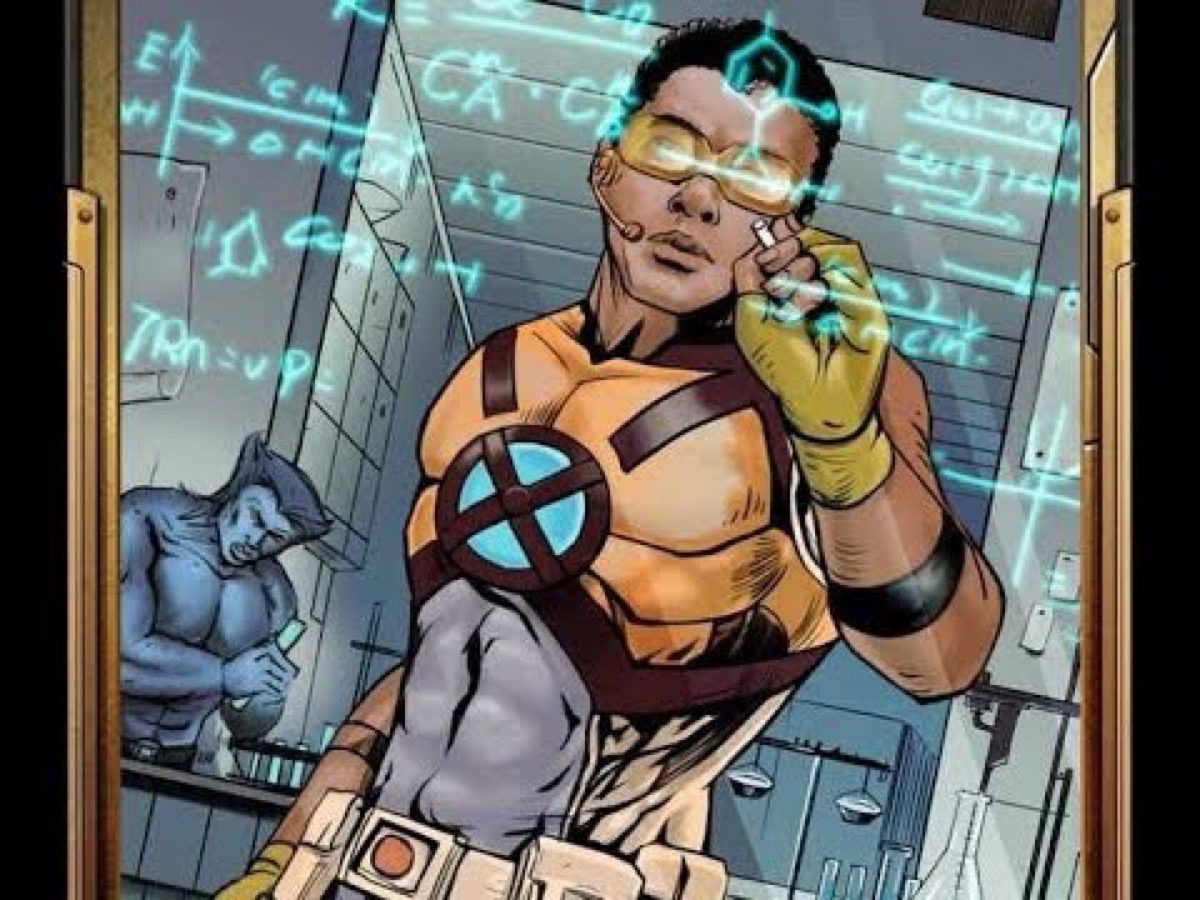 Though David Alleyne was originally seen as a student in the Xavier Academy, as a highly intelligent mutant with the telepathic power to absorb the knowledge and skills of anyone within close range, he is later seen in the Young Avengers series created by Kieron Gillen & Jamie McKelvie. Not only would David Alleyne bring more diversity to the MCU as an openly bisexual Black male superhero, but he’d be joining the ranks of a nearly all-queer team, a first in any superhero comic book or cinematic portrayal.

Plus, it might be fun to see the queer teen drama that could erupt with his on-page crush on Hulking in the comics (and God knows straight teens already have their drama over their romantic lives.) 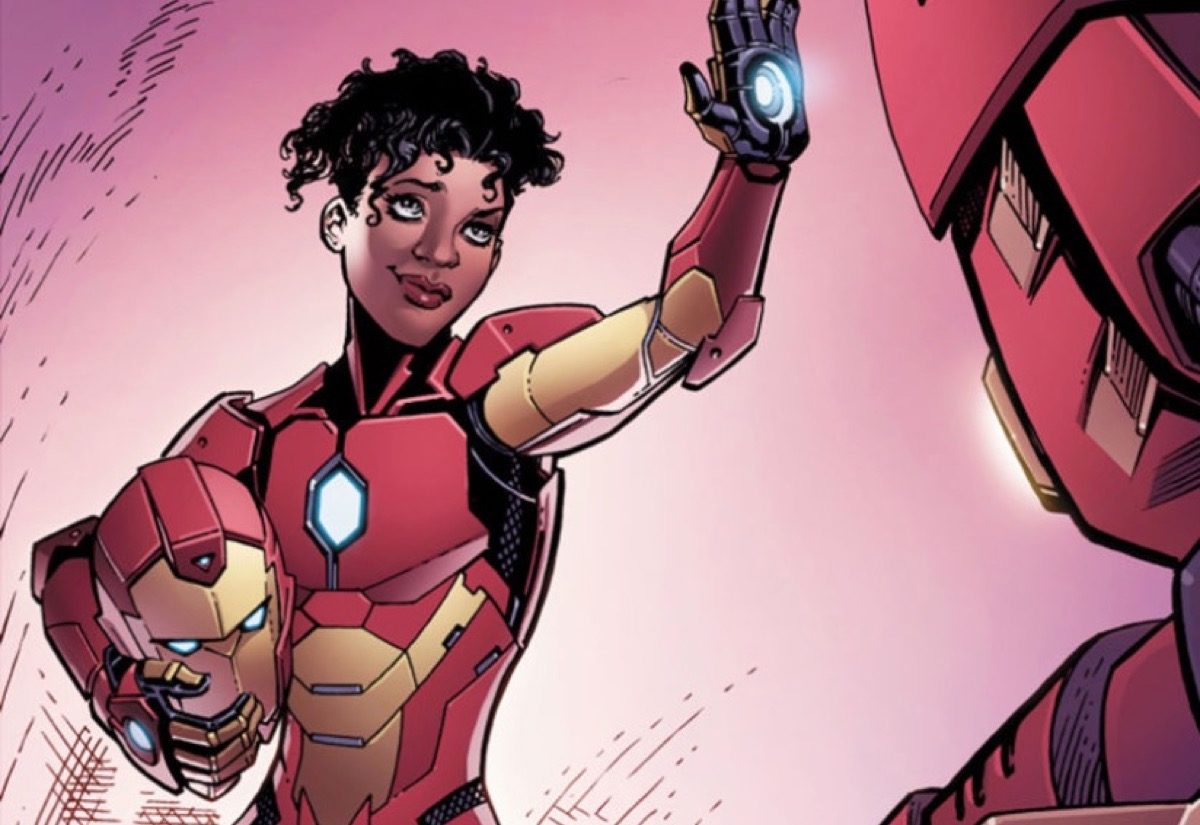 “Smarter than Tony” as claimed by Brian Michael Bendis, creator of the character and author of Invincible Iron Man, in which she first appears, Riri Williams is a fifteen-year-old engineering prodigy and university student. After the death of her father, Riri is inspired to heroics and creates a suit of armor, similar to Iron Man’s, becoming the new Ironheart.

Ironheart shows major significance as a potential onscreen hero. As a young woman of color in STEM, Riri Williams shows the potential to inspire thousands of people, especially young girls of color, who look like her that not only can they become heroes, but to enter the STEM field, which have been lacking in diversity. Her character has already shown ramifications in the real world as seen by MIT’s student-made film featuring real-life MIT student Ayomide Fatunde, a chemical engineering major, as a parallel to Riri William’s heroic character.

What other young heroes do you believe deserve a shoutout in the MCU? Let us know in the comments!