8 of the Most Bizarre Transformers Ever | The Mary Sue

That Really Happened: 8 of the Most Bizarre Transformers Ever 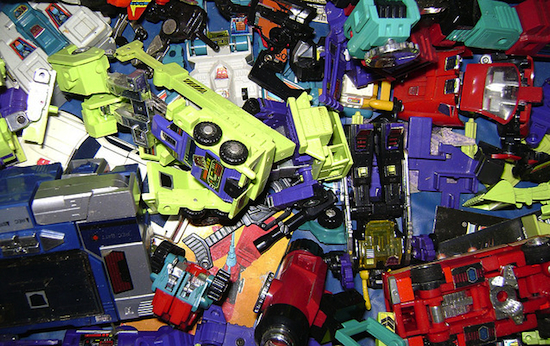 The complex character diversity of The Transformers universe rivals that of the Star Wars saga and those of Marvel and DC Comics — an impressive feat for a bunch of robots that turn into vehicles and other weapons of destruction. Since the franchise’s debut in 1984, both the heroic Autobots and evil Decepticons alike have conscripted a number of like-minded warriors to take up arms in the name of their respective causes, quickly swelling the ranks from a small handful to far too many for even the most dedicated of fans to keep track of. Granted, having such a massive influx of new recruits means that Optimus Prime and Megatron are bound to have a few that, to put it gently, didn’t quite fit the model of the Autobot or Decepticon ideal. In other words, some Transformers were ten kinds of crazy that made their own comrades question their place in the war. That said, it’s time to roll out with 8 of the most bizarre Transformers ever!

Some Transformers — mostly Decepticons — from the television series and comic books had a tendency to look down at us lowly human beings and our primitive society with antipathy. That said, if the ones highlighted in this slideshow are any indication, it turns out that the robots in disguise are a lot like us in that they face the same set of daily trials and tribulations we do. From dealing with foul body odor to socially crippling phobias, humans and Transformers might as well have been cut from the same cloth!