IBM Predicts Computers Will Replicate Human Senses by 2018, We Predict We’re All Dead by 2019 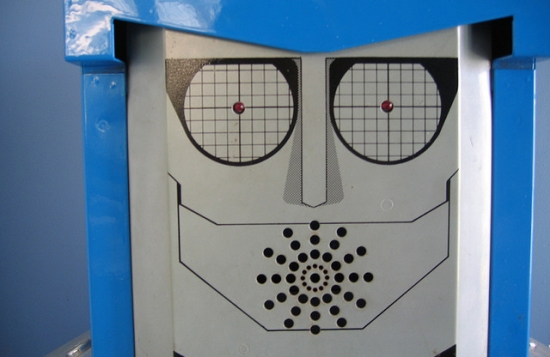 In their annual “5 in 5” series of predictions, IBM looks for trends in technology and where they will take us five years from now. In this year’s installment, IBM predicts that computers will be able to replicate all five human senses by 2018. Computers that can understand the world the way we do would be a huge leap forward. It could also be really, really terrifying. Let’s just accept our metal overlords and go about our business.

Computers have a few pretty basic senses already. They have cameras, microphones, and touch screens that could be considered forms of sight, hearing, and touch. It’s not the data that they’ll be taking in that IBM thinks will hake for big changes, though — it’s how they process that data that IBM is predicting will change drastically over the next five years. They’re calling it “cognitive computing.”

Yes, a computer can use a camera to take a photo, but it doesn’t really understand what it’s looking at. If you show a computer a photograph of your dog, it can process the technical information of the picture, but it doesn’t know it’s looking at a dog. Soon it will. Will the computer then tell you how cute your dog is? No. Because it’s a heartless machine that can’t feel love. Yet.

An important thing to remember is that five years isn’t a very long time, and that some of the types of things IBM is predicting are already in the early stages of development. You can now do a Google search by taking a photograph of an object. There are sensors that can process smell. Robots already have pressure-sensitive fingertips and “skin” so they don’t accidentally crush humans to death. They will still crush humans to death, of course, but it will be intentional.

The IBM “5 in 5” predictions tend to focus on the positives from new technology. They talk about things like advancements in medicine, how computers that taste could help manage your diet, or even how a computer than can understand sound could translate a baby and tell parents why it’s crying. Actually, that baby thing sounds incredibly useful. Is there any way we can speed that one up? My wife is having our first kid in two months, and I could really use the help. Come on, science. Get it done.

Some of what IBM predicts seems a little far-fetched, or plausible but maybe not within 5 years, so I took a look at their predictions from five years ago to see how they did. They kind of nailed it. They basically predicted Google Now, cars that sense danger before a driver does, greener energy controls, and that doctors will have scanners that give them incredible new details on their patients. All those came true, but they also predicted that when you buy an apple at the store you’ll know the time it was picked, from which orchard, and how it got to that store. We know more about the food we eat than we did five years ago, but I’ll still call that one a miss.

Even so, IBM is really good at seeing what’s coming five years down the line. They’re so good it’s scary.

Here’s a video summarizing the “5 in 5” predictions:

(via IBM, image via moirabot)