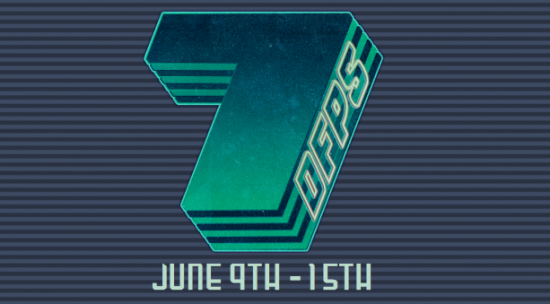 It’s been four days since the conclusion of the very first “7 Day FPS Challenge” or “7DFPS.” Participants in the challenge are presented with the task of designing a first-person shooter in only 168 hours. There were no winners declared or trophies given away; we are left, however, with dozens of new and interesting FPSes. Some of these games push boundaries, some of these games open doors, and some of these games are just a mighty good time. Make the jump to see just a few of the games we really liked!

On May 11th, 2012, Jan Willem Nijman announced that the first ever 7 Day FPS Challenge would take place from June 9th to June 15th. Nijman is a Dutch independent game developer, best known for his studio, Vlambeer, and his part in the development of Super Crate Box. He devised 7DFPS as a way to encourage indie developers to breathe new life into the First Person Shooter through new ideas and innovations. After a week of ramen and Monster-fueled nights of hacking, the entries are all in and posted here. I won’t go so far as to say that every game featured is a masterpiece. There are more than a few entries that will leave you staring blankly at the screen, confused and frustrated. Here’s Geekosystem’s list of the entries that looked like some of the coolest games of the 7 Day FPS Challenge.

There are, of course, some great games we overlooked while compiling this list. Go take a look at the entries and see if you find anything jaw-dropping!