6 Popular YA Authors Announced a Teen NFT Writing Community, It Went as Well as You Would Think 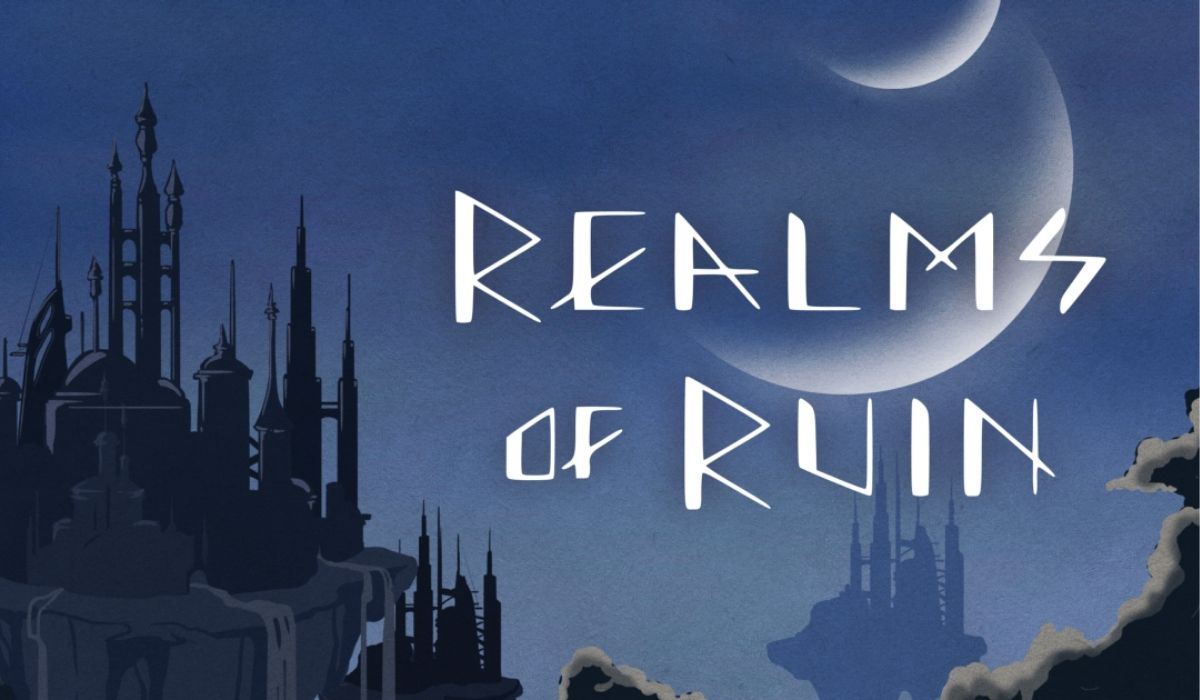 There’s a lot of debate over the value of NFTs, the environmental impact of crypto art, and whether we’re in a tulip mania-like bubble or falling prey to scams. The Verge explained it better than I can, but anyway, for our purposes, popular YA authors Marie Lu, Tahereh Mafi, Ranson Riggs, Adam Silvera, and both David and Nicola Yoon joined forces and announced the NFT-based writing project Realms of Ruin.

Realms of Ruin was promoted as a way young writers (teens mostly) could work together with the six established authors to build a narrative universe. Think of it as contributing to fanfiction, but if selected, your creative assets to the story get added officially into the canon of the universe and you can make money from it. Sounds like a great way to collaborate, except for some reason they choose to involve NFTs.

The rules of the Realm are as follows:

While most of the authors seemed taken aback by the all-but-immediate backlash to their involvement and open to criticism (even before the project was eventually paused), its creator, science fiction writer, Marie Lu fought back. Snarky remarks downplaying the concerns despite the fact that she is a well-established science fiction writer who we imagine would normally think twice about the social and economic impacts of such a project.

Julie Zhuo (who is understood to have worked on the project early on with Lu) did explain they were using Sonala for minimal environmental impact. People online compare Solana’s usage to mid-level webserver use like Wikipedia, and it usually is mentioned as one of the greener options. However, the new business appears to have no oversight or third-party confirmations.

Typical of Twitter, it took a little while to piece together the whole story, as everyone was reacting to bits and looking for a detailed explanation. @BadWritingTakes took notes with commentary and @SoulioMolio archived the Discord chats (with names hidden). While I’m sure that there were people who saw no issue with this project as intended, a large portion of the book community from writers to booksellers did.

What’s also alarming is that the targeted audience is teenagers. Do teenagers know what NFTs are?! I’m 23 and I barely understand 🥴

I’ve tried to say out of YA twitter stuff but, no I’m sorry, as an author and a librarian, NFTs for children’s literature is actively going to harm young readers. It’s a bullshit scam and they should all be ashamed of themselves, full stop.

Many people flooded to the now locked (or deleted) Discord channel, being forthright that they were their to watch the world burn. Others rightfully brought up issues related to the nature of NFTs while others to the specifics of this project. People asked about how they were going to get around the fact that while this is for young writers, most purchasing/trading in crypto is 18+. Moderator “Redshirt” (one of the more active moderators) hinted at a shared treasury and that more info was coming.

Others asked about copyright, to which the admins assured that if you are in the United States and make it you automatically own the copyright. While the law can be on your side, it is very complicated with artists in a collaborative format like this. It is also a gross simplification to the young audience they are aiming to attract. Their materials directly say that the six authors own the copyright, but a community member’s stories can “become canon.” So what if this is sold to for an adaptation or ever printed? What about merch? This is a mess.

Moderator PudgyWudgy announced that while they expected questions, the deep questions have the creators questioning the entire project. About 6 hours later, the project was pulled by the creators.

this had me on the FLOOR pic.twitter.com/B1xlwgCKsW

What happened leading up to and after the cancellation

Some Tweets are now deleted (including endorsements from others like Zhuo, though Zhuo still has tweets about the project up on her Twitter) as well as the Medium post announcement. For the most part, it seems like the creators are listening to the criticism. Some authors, like Emery Lee, saw that while the project appeared to have good intentions, there were so many other possible options that didn’t include NFTs. Others pointed to the success of Rick Riordan Presents imprint and while I don’t think they are there yet (few authors are) something along that pathway would’ve been a better route.

Imagine if 6 NYT Bestselling authors created a collaborate world, readers posted their fan works, & then the authors chose their favorite stories to mentor.

Or even brought those writers on as a co-writer on their next project?

Imagine if 6 NYT Beselling authors collaborated to use their money & platforms to entertain their readers while also supporting future writers.

Imagine if they’d focused on how they could use their power to help instead of how could they exploit readers for more money.

While I can see some of the good potentials in NFTs for creators, the bad severely outweigh those, for the emissions alone. Lu’s (since deleted) comments to-stop-driving-cars-if-you-are-upset attitude didn’t add anything. While she may live in a metropolitan area with a robust public transport system, most Americans (heck most people, period) do not. A car where I and many others live means accessing medical care, groceries, school, work and more.

While all the authors and their agents involved should have known better (considering the online and offline debate around NFTs, art, crypto, and environmental impact has been considerable), it is Lu who attracted the most criticism because she argued with people across Twitter and Instagram. She eventually did apologize.

Hey loves. 💛 I’ve known you guys for a decade and you all deserve some answers, and while I have answers, it doesn’t really matter at this point—what matters more are the feelings this project has elicited from you all. We’re taking a big step back as a result, and

Please know that everyone involved with the project had only the best intentions & are some of the best people I’ve ever had the honor to know. I’m open to your msgs, but ask only that you offer the others some kindness today; they’re people w good hearts & genuine motivations.

It was a matter of time

It’s unsurprising that this happened. NFTs have crept into almost every community. They can provide monetary relief to artists (or people who steal from artists) in a nation that values products over people. However, what no one expected was the age demographic for this particular group to be so young, which was also a big misfire. Not only are you introducing a complex (arguably) unnecessary subject to the youths, but high-risk low reward transactions to boot. If anything too closely resembles a pyramid scheme, stay away and if it is targeted for children … well we have a considerable issue on our hands.

Also, this project is not the only thing to blame, but we’ve seen how the hobby to hustle lifestyle has created a mental toll on young creatives. While creatives should get paid for their work, there should also be room to just create. Low stakes and just make things. Especially before adult responsibilities weigh you down (which is not even an option for some kids).