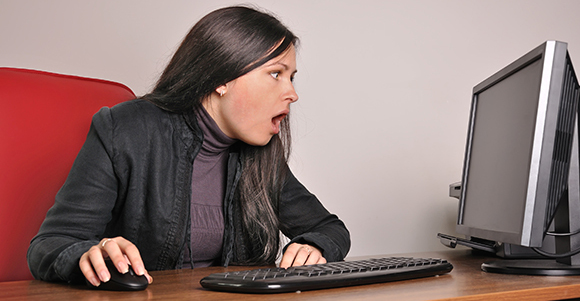 Every year at CinemaCon the MPAA releases statistics (report here) on the previous year’s moviegoers: What percentage of them can be classified as “frequent moviegoers,” how 3D movies do across various markets, whether the average ticket price has changed. Stuff like that. And, of particular relevance to us, demographic breakdowns. You might have to sit down for this, because it’s shocking: Far more women and racial minorities see movies than there are women and racial minorities in movies. It’s almost like there’s not enough representation or something. I know. So weird.

For this post I’ll cross-reference you to our write-up on the Center for the Study of Women in Television and Film’s 2013 study on Hollywood’s (lack of) gender balance. To tl;dr it up a bit, the study found that 30% of the speaking characters in 2013’s top 100 films were female, and only 15% of all main characters were. Taking the female characters as a whole, 73% were caucasian, 14% were African American, 5% were Latina, and 3% were Asian.

That’s not a heck of a lot. But what about people seeing the largely white male worlds depicted in the multiplexes? Turns out that a whopping 52% of the moviegoing public is women. In fact, “Females have comprised a larger share of moviegoers (people who went to a movie at the cinema at least once in the year) consistently since 2009.” That’s right. The majority of people who go to the movies are women, but we’re seeing stories that are about men 85% of the time.

Among the top five top-grossing films of the year—Iron Man 3, Catching Fire, Despicable Me 2, Man of Steel, and Monsters University—Iron Man 3 and Man of Steel were more dude-heavy in terms of their audience breakdown, while women had the majority on the other three. Still, even with of Man of Steel, which had the biggest percentage for any one gender with a 60% male audience, it’s not that much of a difference. There were still tons of women going to see Snyder’s Superman and tons of men going to see Katniss vs The Man 2. I’m going to step out on a limb and say that if studios made more female-starring studio blockbusters, men wouldn’t ruin their box office by staying home for a Michael Bay marathon because ewwww, cooties.

The study also found that Hispanics purchased 25% of the tickets sold in 2013, though they make up only 17% of the population. In addition, 2013 saw the first significant increase in ticket sales to African-Americans since 2009, a fact that MPAA chairman and CEO Chris Dodd and NATO (National Association of Theater Owners, not the other one) chairman/president John Fithian attribute to films like 12 Years a Slave, The Butler, The Best Man Holiday, and Black Nativity. “More movies in 2013 featured more black actors in important roles that drove more patrons to the theaters,” says Fithian. “That’s why we saw substantial growth in moviegoing for African-Americans and other minorities.” Also relevant is the fact that 2013 saw the release of Instructions Not Included, the highest-grossing Spanish language film of all time.

It’s almost like people want to see stories that reflect their own cultures and lived experiences. And if Hollywood overwhelmingly tells the story of white men, they’re missing out on the opportunity to rake in more money. And they’re, y’know, contributing to institutional racism and sexism, which should be enough to get them to make a conscious effort to increase diversity. Should be. But we know what £anguage Hollywood $peaks.

(via Indiewire, The Hollywood Reporter, image via badahos/Shutterstock)