If you haven’t been paying attention to the internet lately, a little game called Minecraft kind of took it over. It’s been around for a while, existing in an alpha state for quite some time now, but recent coverage from an excellent Rock, Paper, Shotgun Minecraft play journal, as well as recent coverage from Penny Arcade, seem to have brought Minecraft to the masses, actually flooding the servers with new traffic and sparking the creator, Notch, to instate a free-to-play weekend while the servers are down.

For the uninitiated, Minecraft is an indie game with a humongous cult following, consisting of gameplay representative of the two words that make up its name. Basically, you mine, then you craft. Though the game features breathtaking (don’t let the deliberately old school art style fool you, courtesy of Rock, Paper, Shotgun) exploration in a randomly generated world, the main meat of the game takes a cue from creation games like LittleBigPlanet or Spore, and provides a very comprehensive crafting and building mechanic that routinely causes players to realize it’s now six hours later.

Like all creation games, players build some ridiculously incredible things within the confines of the limiting game code, and like all creation games, it can be a pain to go searching for these astounding creations. Luckily for you, that’s where we come in. We’ve scoured the internet and found some of the most impressive Minecraft creations to date and packaged them all in a tidy location for your viewing pleasure.

Presenting: The Wonderful World of Minecraft.

First, to give you an idea of Minecraft, an epic, fan-made trailer: (via)

Structures: A popular theme amongst Minecraft builders, recreating famous structures or things that exist outside of the game.

The Arc de Triomphe; the Parthenon; Egyptian Pyramid: (via) 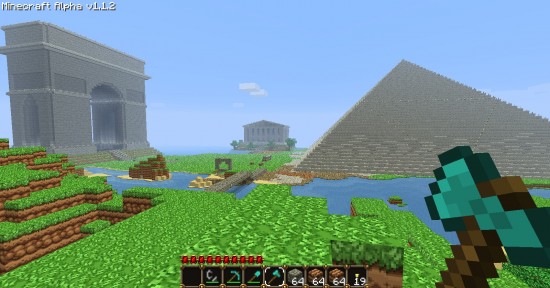 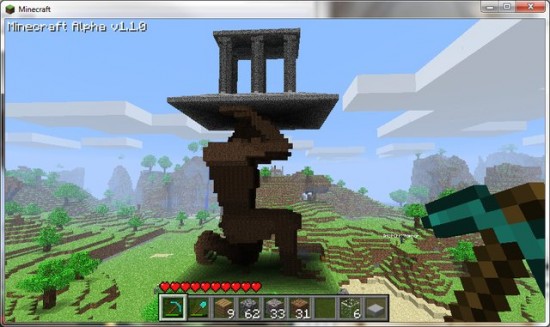 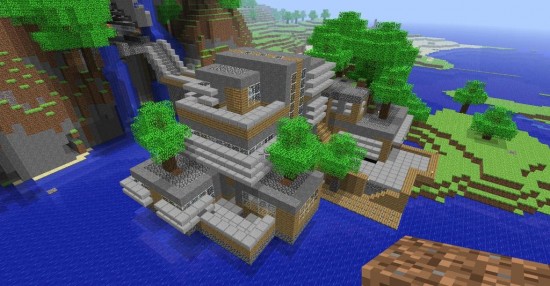 A personal favorite: The planet Earth:

Entire Cities: Another popular theme amongst builders, to recreate or create entire cities.

City from a Minecraft Multiplayer Server: (via) 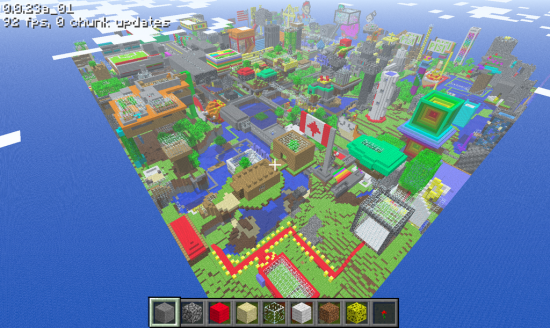 Kanto Region from Pokémon: (via)

Recreation of Columbia from the BioShock Infinite trailer: (via)

Board Games: A couple recreations of board games.

Contraptions: People tend to build contraptions for a variety of reasons, from gathering materials to easier travel. 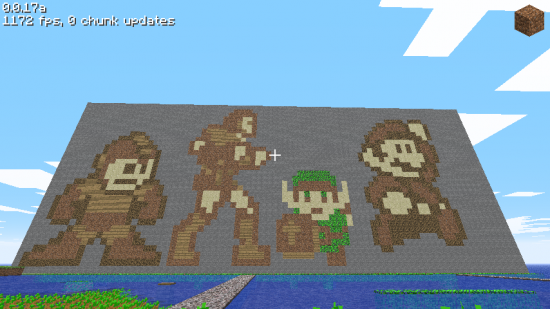 The infamous Trollface: (via) 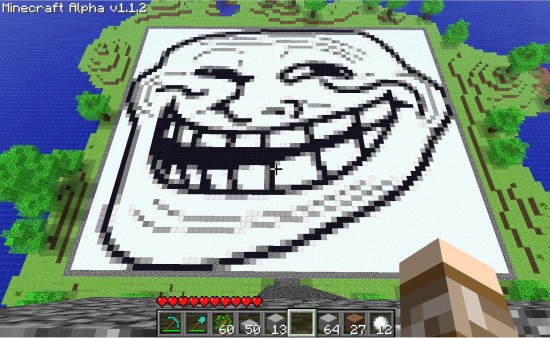 And all of this was done with an alpha build of an indie game. Incredible.