The Women of Congress Handed Mark Zuckerberg His Own Butt Yesterday 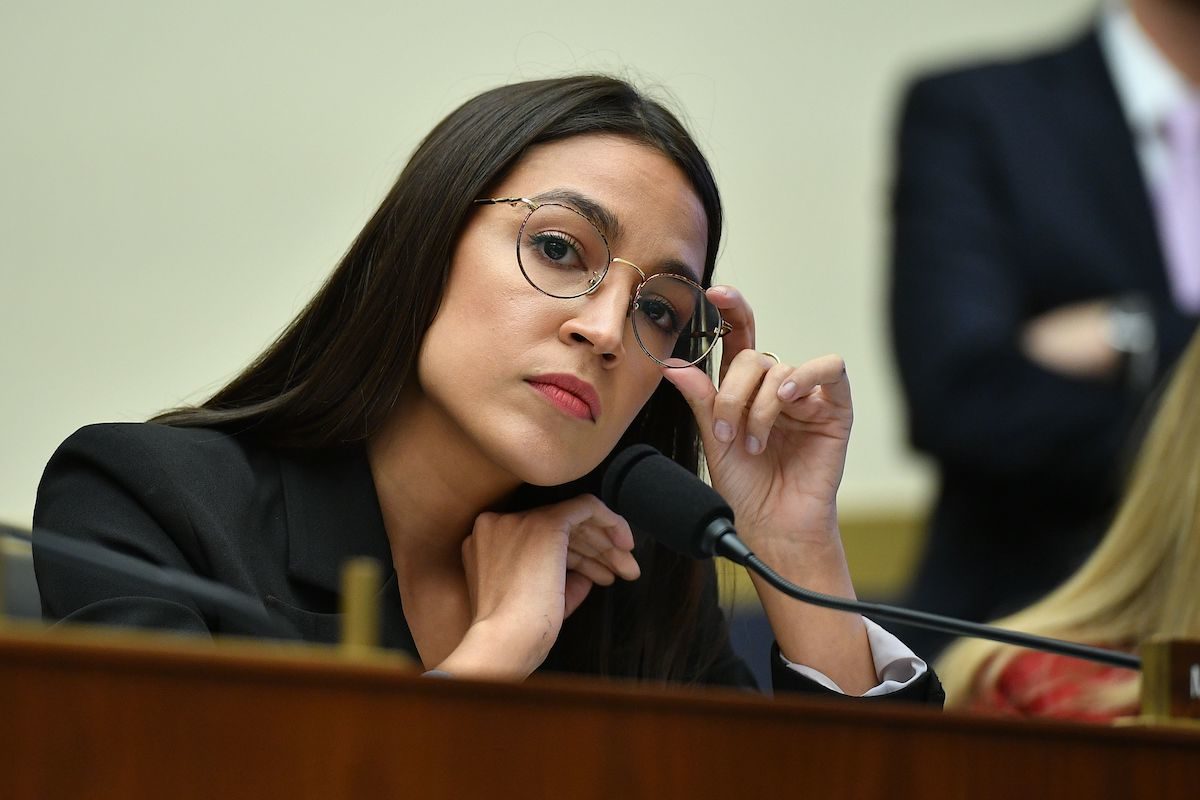 Mark Zuckerberg appeared before the House Financial Services Committee yesterday and he did not appear to be having his best day ever. Ostensibly, he was there to talk about Facebook and its “impact of the financial services and housing sectors” and the company’s cryptocurrency Libra. And the committee did talk about that a bit.

Committee Chair Maxine Waters asked Zuckerberg why the site banned cryptocurrency ads because, in Facebook’s words, “they are frequently associated with misleading or deceptive promotional practices.” Except then Facebook introduced their own cryptocurrency and lifted the ad ban. Convenient!

No one is above the law including Mark Zuckerberg. Facebook has allowed election interference, released private data, violated civil rights laws, among other offenses & now they’re trying to launch a #BigTechTakover by creating this mysterious #ZuckBuck? Not on my watch! @FSCDems

But Zuckerberg’s grilling was not limited to Libra, not even close. Waters also asked Zuckerberg about the newly instated policy of not fact-checking political ads. Zuckerberg didn’t have a great response for that beyond “giving people a voice.”

Mark Zuckerberg admits to @RepMaxineWaters that Facebook does fact check ads, but will not fact check political ads because he thinks it’s important for candidates to “inject their message into the political debate.” pic.twitter.com/uLG0MWnq0j

Waters’ time ended but Alexandria Ocasio-Cortez took over where she left off, asking Zuckerberg about the limits of the lies Facebook is willing to let politicians tell. The answer is basically that there aren’t any.

.@AOC: Could I run ads on Facebook targeting Republicans in primaries saying that they voted for the Green New Deal?

Mark Zuckerberg: I don’t know the answer to that off the top of my head. I think probably. pic.twitter.com/wy46phoGp5

Both Waters and AOC try to get Zuckerberg to explain exactly how Facebook’s fact-checking works. And Ocasio-Cortez would like to know why The Daily Caller, the ultra-rightwing outlet founded by Tucker Carlson with ties to white supremacists, was allowed to be an accredited fact-checker for the site.

That exchange is part of the clip above. Zuckerberg’s answer was cagey and also pretty misleading.

“We actually don’t appoint the independent fact-checkers,” he said. “They go through an independent organization called the Independent Fact-Checking Network, that has a rigorous standard for who they allow to serve as a fact-checker.”

AOC responded, “So you would say that white supremacist-tied publications meet a rigorous standard for fact-checking?”

Zuckerberg dodged the question and referred to the outside organization that accredits the fact-checkers. But as Mother Jones notes in their great explainer, The Daily Caller was let into the process because they accused Facebook of only including mainstream publications, which they accused of having a liberal bias. So Zuckerberg was very much a part of the decision to let an outlet with white supremacist ties be a part of the fact-checking process.

.@AOC: Can you explain why you’ve named a publication with ties to white supremacy as an official fact checker for Facebook?

This is a GREAT line of questioning by @RepKatiePorter.

Facebook has a great reputation for being a super fun place to work, but the fact-checkers and other content moderators are independent contractors making $15-20 an hour for a hellish, often traumatic job. The Verge published a report earlier this year on what those workers have to go through and if you haven’t read it yet, I recommend it but be aware, it is incredibly disturbing.

Classic. Facebook pretends they care about and will protect user privacy. Meanwhile, an army of their attorneys is marching into federal court to argue it’s not their job. Which one is it? pic.twitter.com/xniAlH03sZ

Okay, one more from Porter because this is fantastic:

But the best, most scathing five minutes of the hearing came from Rep. Joyce Beatty, who grilled Zuckerberg on diversity and inclusion at the company, as well as civil rights issues that the company has been spearheading because that’s something they truly care about. (Just kidding, obviously, it’s because they’ve gotten sued so many times.)

I thought what @AOC did to Mark Zuckerberg was bad. But Congresswoman Joyce Beatty showed why black women are undefeated (h/t @JamilahLemieux)

Zuckerberg was absolutely not prepared to deal with Beatty, despite the fact that she sent him her questions (or the subjects of her questions) ahead of time. He just could not keep up with her, not even close.

“This is what’s so frustrating to me,” Beatty said. “It’s almost like you think this is a joke. When you have ruined the lives of many people. Discriminated against them.”

I don’t think he was able to answer a single one of her questions about diversity and inclusion at the company he owns. “Maybe you just don’t read a lot of things that deal with civil rights or African Americans,” she said before yielding back her time. “This is appalling and disgusting to me.”

As for Libra–the thing this entire hearing was scheduled to be about–Rep. Aryanna Pressley had some questions about wealth inequality and how Facebook thinks it can “use technology to solve what is inherently an issue of wealth.” But at the end of the day, Zuckerberg spent six hours dodging questions about pretty much every subject brought up and we still don’t know anything about his stupid Facebucks.

Six hours later, the hearing is ending with Rep. McHenry saying: “We still don’t have a deeper understanding of how Libra would work.”
six. hours. later.