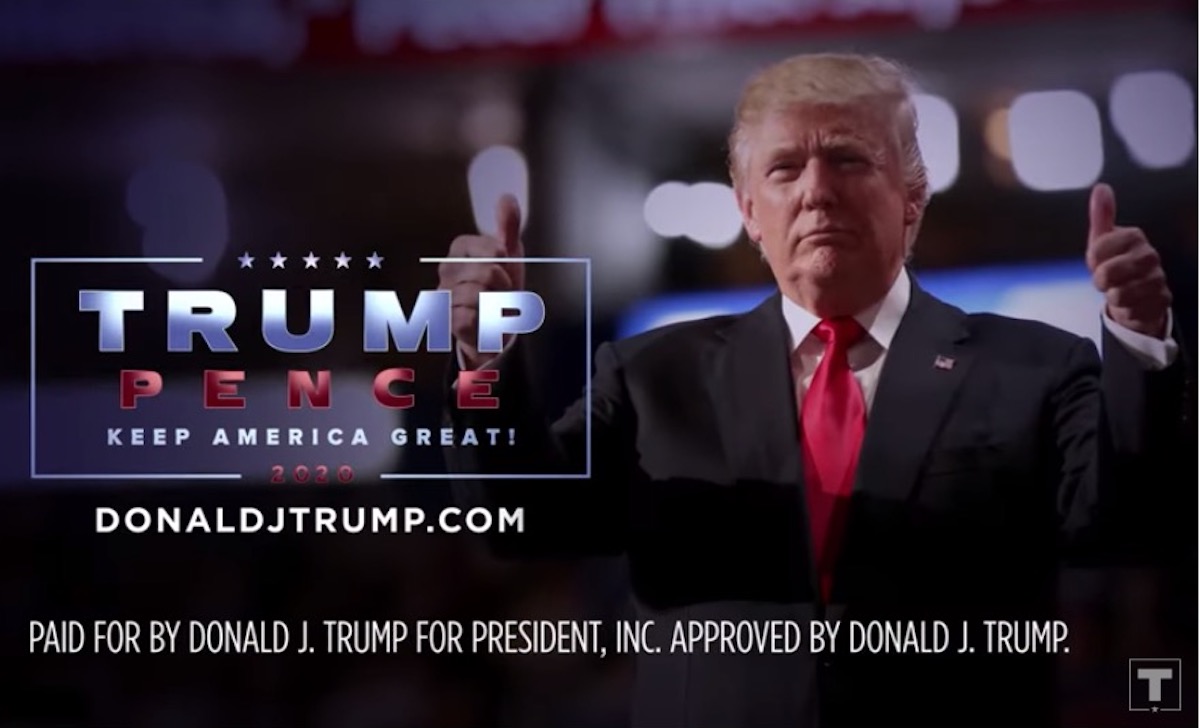 Among its many other issues, Facebook has been promising to tackle its misinformation problem for a while now. The site generally seems to be doing better at combating misinformation than Twitter, which has no way of reporting false statements and only created tools to monitor certain issues like anti-vaxxer posts. Facebook, at least, says that it has third-party fact-checkers looking at its ads and will remove any advertisements with claims that have been proven false.

Except Facebook just very quietly changed the language in their advertising rules to make an exception for political ads. Specifically, the new rule seems to be designed to let Donald Trump lie.

Trump’s campaign posted an ad this week that contained a false statement about Joe and Hunter Biden. “Joe Biden promised Ukraine $1 billion dollars if they fired the prosecutor investigating his son’s company,” states the ad. According to the independent political newsletter Popular Information, “At least two of Facebook’s fact-checking partners, Politifact and Factcheck.org, have reviewed Trump’s assertion, featured in his new ad. Both fact-checkers clearly concluded that Trump’s claim about Biden was false.”

But apparently, that doesn’t matter. Until very recently, Facebook’s policy for businesses on the site said that “Ads, landing pages, and business practices must not contain deceptive, false, or misleading content, including deceptive claims, offers, or methods.”

Sometime in the last week or so, that’s been changed to read, “Facebook prohibits ads that include claims debunked by third-party fact checkers or, in certain circumstances, claims debunked by organizations with particular expertise.”

It also makes an exception for “political figures,” meaning Trump can lie as much as he wants in his ads or on any part of his campaign’s page.

Facebook tells me POLITICIANS ARE EXEMPT FROM FACT CHECKING https://t.co/4aTevXJIwr

This is not a great look for Facebook, which allowed foreign agents and hordes of bots to spread misinformation and inflammatory content with the specific goal of influencing the 2016 election. It’s not a great look for these new rules to go into effect seemingly just to let a Trump ad stay up, right after it came out that Mark Zuckerberg said he would “fight” Elizabeth Warren, Trump’s possible 2020 competition, if she tried to come after the company.

In the week after Nancy Pelosi announced a formal impeachment inquiry, Trump’s campaign spent over $1 million on Facebook ads. It’s scary to think that none of those are being fact-checked.

I don’t know what Facebook was scared Trump would do if they removed one of his ads, but letting it stay up won’t stop him and other conservatives from claiming censorship and “shadow banning” anyway. There’s only one person who benefits from Facebook changing the rules for Trump, and that’s Trump himself.