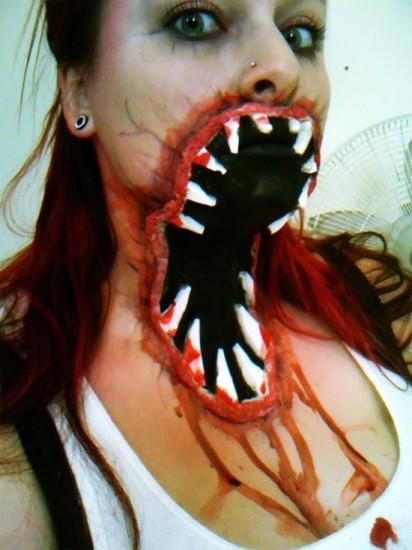 Redditor specialxk is doing this for Halloween, and we don’t envy her Trick or Treaters.