Heads Are Gonna Roll: Germany Thinks Up the Sickest Promotional Tool Ever 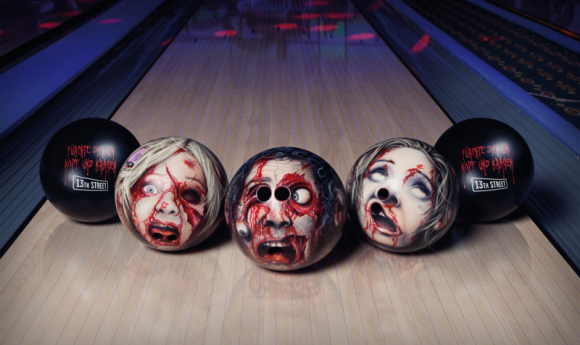 I say this as someone of German descent: Germans have a demented approach to things sometimes. But this? This is just the weirdest kind of hilarious I’ve seen all day. If you find the idea of sticking your fingers up a zombie’s nose in order to bowl with its head hilarious. Which I kind of do. But weirdness aside, what’s this all about? As it turns out, this is an advertising campaign to promote a new horror channel in Germany called 13th Street. Want to see more? Better yet, want to see zombie heads rolling down the lane? Warning: This post contains depictions of neck guts. It’s gross. We’re just telling you ahead of time because we care about your delicate sensibilities.

All the designs are the work of spray-artist Oliver Paass. And this one features fun with eye sockets: 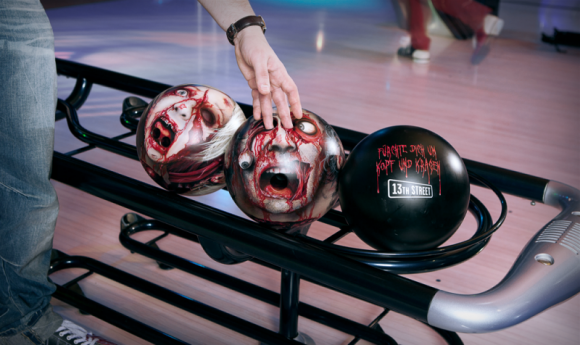 I don’t know about you, but if I’m going to be bowling with someone’s undead decapitated head, I’d better see some anatomically-accurate neck guts. 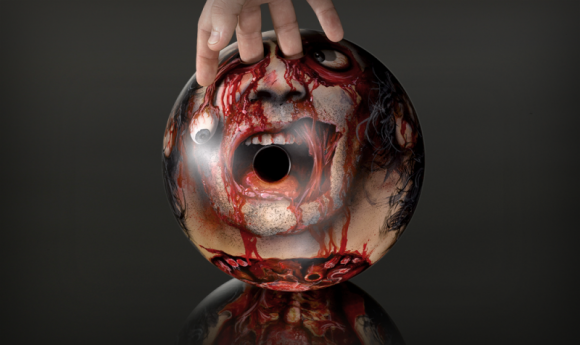 Nice to see some diversity in the angles and orifices used. Some people wouldn’t like to stick their finger in an eye socket or gaping neck wound, so here is a nasal option: 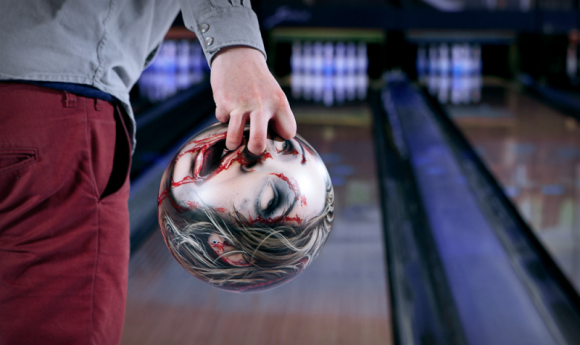 And here is a short video showing how these balls were created, and also some people terrified by bowling with zombie heads:

(Design Made in Germany via Neatorama)