Zombie Apocalypse on Google Maps in Brooklyn | The Mary Sue

The Zombie Apocalypse Is Already Here and It’s in Red Hook, Brooklyn 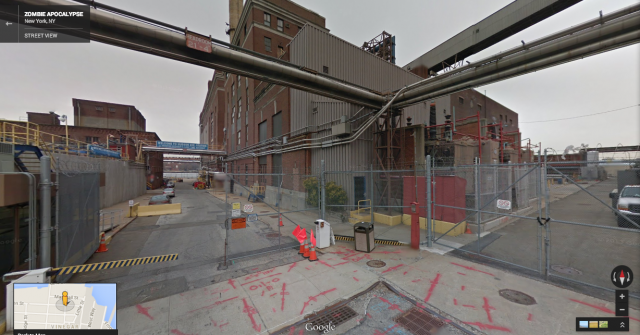 When you actually sit down to wonder about how news of an actual zombie apocalypse would spread, you tend to assume it’ll slowly trickle in on Twitter or blow up after a big CDC press release. You don’t think that you’ll learn about it from Google Maps, of all places. Alas, truth is stranger than fiction, and the apocalypse is nigh.

Well, not really, of course. But as the Village Voice notes, whoever labelled this spot on the corner of Hudson St. and John St. in Red Hook, Brooklyn, as a bar called “ZOMBIE APOCALYPSE” could not have picked a better place for it. Just look at how creepy it is. This is actually the Con Edison Hudson Avenue Generating Station, a massive complex of steam boilers and oil burning plants (some of which are from the 1920s) that are no longer in service due to environmental concerns, and also probably poltergeists.

Red Hook’s zombie nightmare hellscape isn’t the only thing that pops up in a Google Maps search for “zombie apocalypse,” of course. There is also a World at War Zombie Apocalypse haunted house attraction in Wichita, Kansas, that appears to no longer exist: 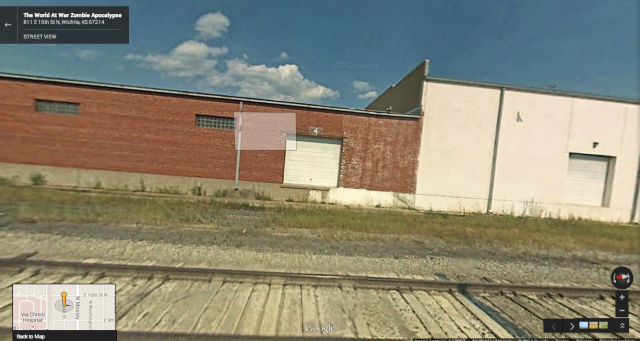 Great, that’s definitely not creepy, either!

There’s also a delightful crossfit camp in Santa Barbara, a Zombie Apocalypse Store in Las Vegas, and the Atlanta Zombie Apocalypse in Georgia, all of which appear to still be running (save for Atlanta, which is a seasonal Halloween experience).

However, Red Hook is the only place we could find that doesn’t appear to have any commercial ties to an actual building or business. Makes sense, given that Brooklyn isn’t about that consumerism, maaaaaan. Obviously we like our zombies organically decayed, locally sourced, and adorned with ironically blood-spattered handlebar mustaches. It’s the only way to not-live.