Hogwarts Is Real! Well, At Least Diagon Alley Is, Because It’s On Google Maps Right Now

You don't even need any floo powder or anything! 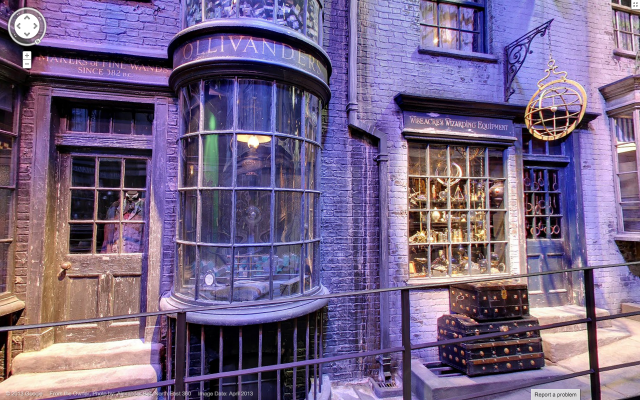 England, I’ve got a bone to pick with you. As a college student I studied abroad in London for a whole four months and nothing exciting happened at all. Since I left, though, you guys got the Doctor Who Experience, a royal wedding, David Tennant and Catherine Tate doing Shakespeare together, and now a Harry Potter Warner Brothers Studio Tour! Not fair, England! Well, at least now I’ll be able to live through the eyes of other tourists vicariously using street view images of the Diagon Alley set that Google Maps just released recently. You guys don’t know how good you have it.

As you go through the exhibit, you can see Ollivander’s, Flourish and Blotts, Eeylops Owl Emporium, Weasley Wizard Wheezes (dang, was that building seriously that cool in the movies? I’m going to have to watch Half Blood Prince maybe eight more times or so because I guess I don’t remember that much from it), and Gringotts if you stop to turn around. Fair warning, though: if you turn around to look at Gringotts, you will see a green screen, and it will ruin the illusion and make your childhood sad. 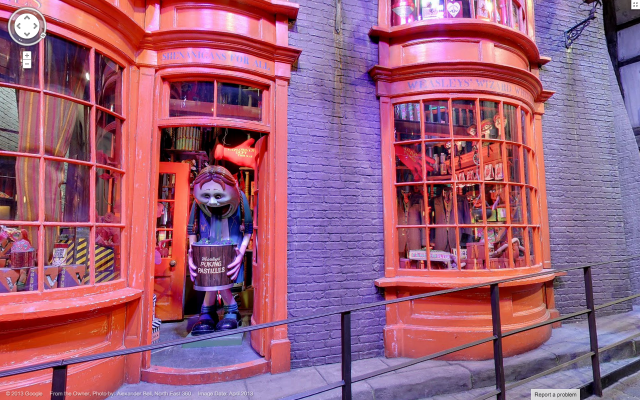 No word on how Google managed to get their cameras to work in a predominantly wizarding area, since as we all know from reading Hogwarts: A History, muggle equipment tends to go a bit haywire about large amounts of magic.

Perhaps Google is run by wizards. Actually, that would make a lot of sense.