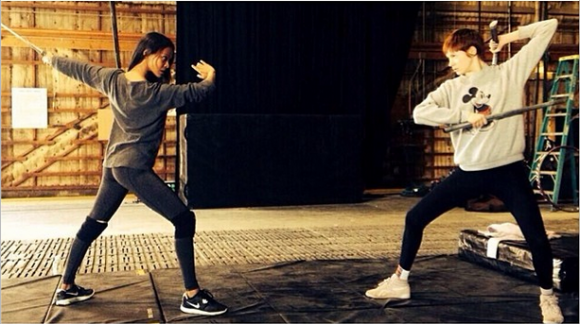 Guardians of the Galaxy has gone back to the studio for pickups and reshoots (don’t worry, this is not unusual. The first Hobbit movie had special effects shots that were still being worked on the night before its premiere), and that includes expanding a fight scene between Zoe Saldana‘s Gamora and Karen Gillan‘s Nebula that reportedly took two months of rehearsals to perfect. Director James Gunn instagrammed this shot from the set last week.