Do You Have Strong Feelings About Princess Zelda Getting Her Own Game? 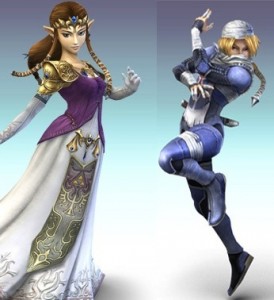 This is the second time I’ve received this question during this E3! I guess if people have strong feelings about it then it’s something to consider. I’ll keep that in mind! [laughs] — Eiji Aonuma, overseer of the Legend of Zelda franchise since 1998, when asked if he’d ever consider giving the character of Princess Zelda her own game.

Considering that in Ocarina of Time, one of the most beloved Zelda games of all time, Zelda, after spending years in martial training with the Sheikah, actually rescues an actual princess, so that said princess will be around later to help Link on his quest… Yeah, I think there’s room in the Zelda setting for a story where a princess rescues a princess.

And if you’d rather not revisit the Ocarina well, Nintendo, Aaron Diaz has some ideas for you.

(via Dresden Kodak on Tumblr.)