The Nintendo Switch Is Selling Super Fast, but Its Zelda Game Is Doing Even Better—Really 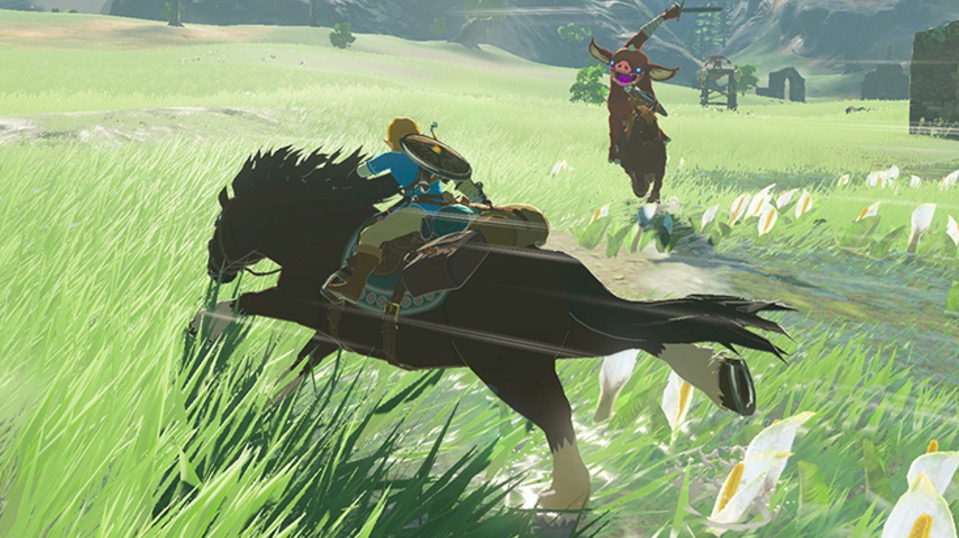 The Switch has been burning up the sales charts for Nintendo despite launching at an odd time of year for a new video game console (their fastest-seller ever, according to a Nintendo email), but that’s not even the new system’s biggest success story. No, that belongs to The Legend of Zelda: Breath of the Wild, which outsold the console most people are playing it on—without even counting its Wii U sales.

A game that comes out on two consoles has an OK chance of outselling the new one it launches with, but pulling it off without even needing the previous-generation sales is a truly impressive feat. Both the system and the game’s sales numbers are likely a testament to what an incredible launch game—and truly unique Zelda title—Breath of the Wild really is. Citing numbers from NPD (so we’re talking North America here), the Switch sold over 906,000 consoles in March, with Breath of the Wild moving 925,000+ copies for Switch and almost 460,000 for Wii U—also not a bad number, considering that the (roughly ten million) Wii U owners are mostly Nintendo diehards who were likely to buy a Switch anyway.

There are a few reasons that the game could’ve managed to outsell its console—aside from errors in the figures—with Nintendo theorizing that special edition copies were bought to keep in mint condition while second copies were played. The Switch is still selling faster than they can replenish stock, though, so it could also be that some players bought the game and are waiting for a console to play it on. That’s a pretty good situation for Nintendo to be in as they hang their hopes on making the Switch the success that the Wii U failed to be.

I’ve already theorized that Breath of the Wild could be what ensures the Switch’s success, with some parts of it already reaching true online word-of-mouth glory:

in the sea waiting for a shark prince to rescue meeee~ pic.twitter.com/FAOTEMWOLZ

in the sea waiting for a shark prince to rescue meeee~ pic.twitter.com/FAOTEMWOLZ

And this new sales data paints the picture that it’s on track to do just that, as its popularity has put the Switch in prime position for Nintendo to drop some more quality games for the holiday season to make it an even more enticing gift option. They’re already hyping up the Switch version of Mario Kart 8 and Splatoon 2 for later in the year, and Link might just have the stamina required to carry them all on his back to victory—just as long as it doesn’t rain.

I’m so glad Nintendo decided to take a risk and truly shake up the Zelda formula for what simultaneously feels like a return to the freedom and exploration of the first game in the series—not entirely coincidentally—and something very new, and I bet they’re pretty happy with the decision, too.

NintendoNintendo SwitchThe Legend of Zelda: Breath of the Wildvideo games