Zebras Give 10 Polar Bears Herpes (Yes, You Read That Right) 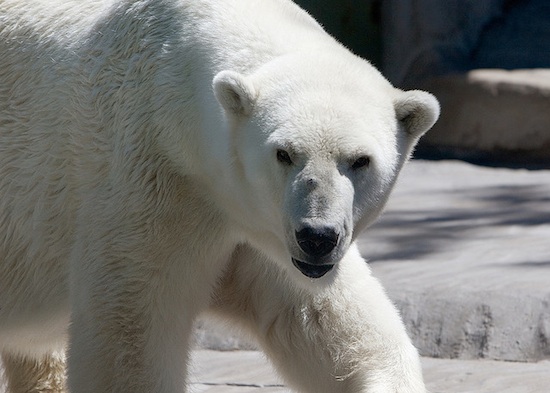 “How did all of my polar bears get herpes?” It’s an uncomfortable question that we’ve all been forced to ask ourselves at one point or another. At least, all of us who are zookeepers at Germany’s Wuppertal Zoo, where no less than 10 polar bears came down with the virus in 2010. Still — awkward, right? The good news is this: There is probably a perfectly reasonable explanation for how this happened, and chances are it involves no weird cross-species makeout sessions. The bad news? Nobody knows what that answer is. Right now, it’s just a story of bizarre new strains of herpes virus and a dead polar bear, which we can all agree is super-sad.

When one of the zoo’s bears, Jerka, died suddenly in June 2010 after suffering a string of seizures, zookeepers were baffled as to what could have killed the 20-year-old bear. After performing a necropsy to determine the cause of death, they were even more confused. Jerka’s death stemmed from a viral infection that had caused swelling in her brain. Which is weird, but not entirely out of left field.

What was entirely out of left field was the viral culprit — a mutated combination of two strains of equine herpes, EHV1and EHV9. While EHV1 usually only causes respiratory symptoms, EHV9 can cause encephalitis, and it seems to have brought this quality to the mix in the new, recombinant herpes strain afflicting Wuppertal’s polar bears.

Both of the viruses are usually carried by zebras, so the question becomes how did the zebras infect the polar bears? If you’ve been to a zoo or know anything about either zebras or polar bears, it will come as no surprise to learn that the animals are not kept together. Their pens are separated by about 200 feet, the animals do not share zookeepers, and as far as anyone can tell, there has never been any direct contact between the zebras and the bears. It does seem like that’s the sort of thing someone would remember, so we’re inclined to trust the zoo’s judgment on the matter.

Assuming the two species are not having illicit trysts behind the bleachers after all the zookeepers go home — the idea of which is so adorable we actually really, really want it to be true — the best suspect is that the disease was transferred between animals by mice or rats that travelled to both cages. While this seems reasonable, it’s also pretty scary, meaning that the viruses have not only recombined into a deadlier-than-normal strain, but that they don’t distinguish between species.