Now Even Alaskan Bears Have Webcams 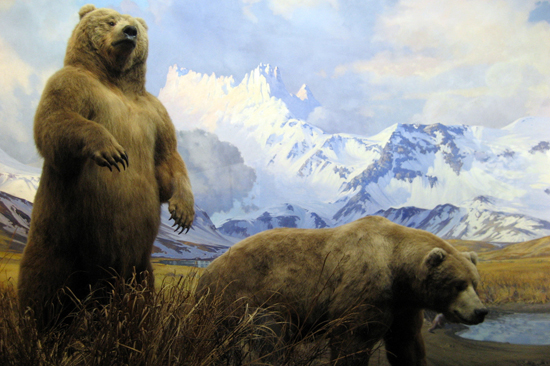 The internet has proven time and again that folks are more than willing to watch animals just being animals if given the opportunity. With that in mind, the good people at Katmai National Park in Alaska have partnered with explore.org to bring the Internet to their bears and their bears to the Internet. Due to being so difficult to visit, they’ve installed four different stations that can be streamed live for your viewing pleasure.

Even though they have some 2,200 bears for visitors to peruse, Katmai is notoriously hard to reach. There are no roads to the park, which is located almost 300 miles southwest of Anchorage, so it’s only realistically reachable by plane. Even then, it’s even more difficult to score a reservation on one of the limited lodges. Even simply camping includes reserving your spot in one of their systems.

One of the four high definition cameras provided is situated at Brooks Falls where it can catch the larger males competing for salmon and generally doing things that bears do. The second sits about 150 yards downstream where the females and cubs eat the scraps floating past. Even further downstream is a third where bears will gather later in the summer to eat the dead fish that can’t swim away. The fourth and final camera sits on Dumpling Mountain to provide a nice view of the entire ecosystem.

Given that the cameras are powered by wind and solar energy, they could last as long as they’re maintained. We’re in store for bears on the internet for years to come!