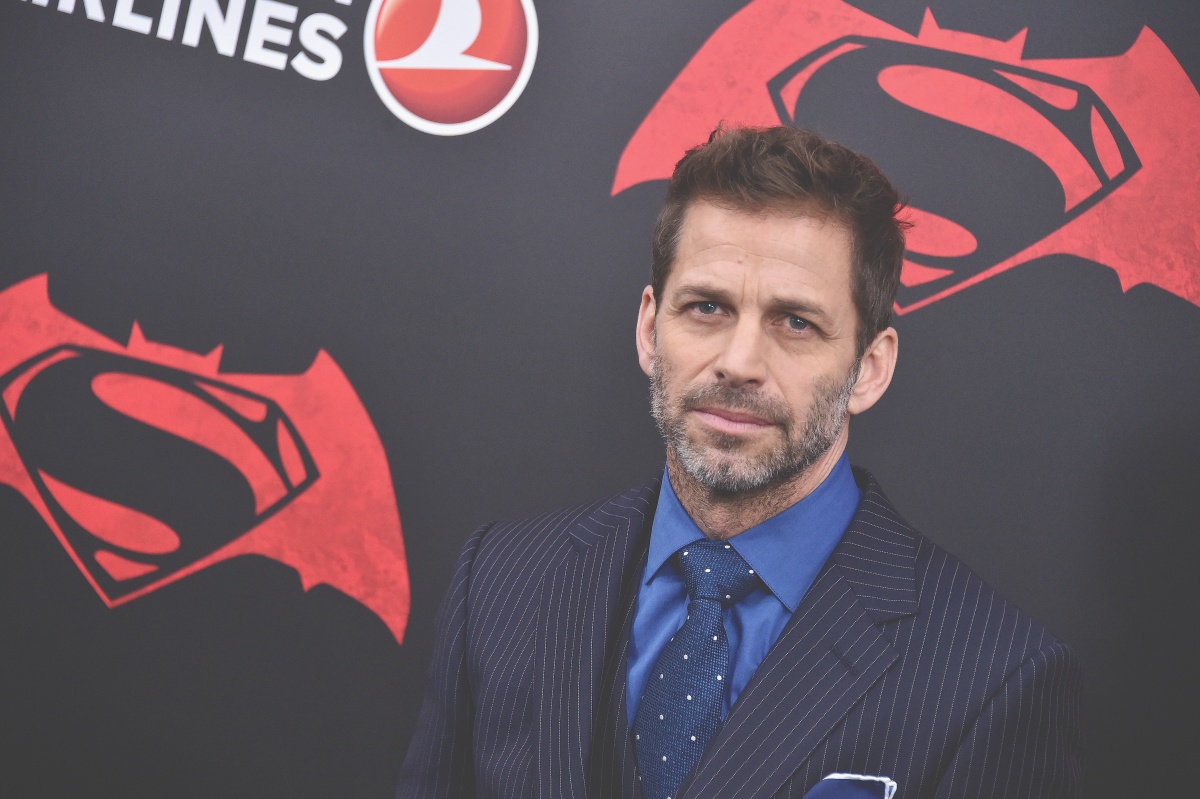 In a matter of weeks, Zack Snyder’s version of Justice League will be released, and with it either a vindication of his vision or a blip in the cultural nexus that fades out with a few happy fans in the wings. Regardless, the whole #SnyderCut endeavor has been a testament to the fandom the director has created, despite Warner Bros.’ own mixed feelings on his vision.

 The studio gave Snyder the power to go anywhere he chose with its most valuable characters, and he always went somewhere other “than what they wanted,” the director says in a recent piece for Vanity Fair. The piece outlines the ways in which Warner Bros. felt a clear lack of confidence in Snyder following Batman v Superman, plus a sense of unease about the casting choices he made.

Casting Jason Momoa, who had come in to audition for Bruce Wayne (omg, that is the ultimate AU), as Aquaman was seen as “insane” because the character was known for being blonde:

“He’s a Pacific Islander, there’s a connection to the sea—what if he’s Aquaman?” he remembers thinking. “Everyone was like, ‘You’re insane. That is not a thing.’”

Yet, Momoa is … Aquaman. Sorry, not sorry.

Reviews for Batman v Superman so “demolished” confidence in Snyder, among the people behind the scenes at the time, that even those who supporting him, like production head Greg Silverman, were worried.

“When Batman v Superman came out and we did get a negative reaction from the fans, it was disheartening for all of us,” Silverman explained. “Zack had made these movies, like 300, that were such crowd-pleasers. And that was our job—to make crowd-pleasers. And here, we have made a movie together, and it didn’t really please the audience.”

Yes, the film made 873.6 million, but against a budget of 250–300 million and considering that Age of Ultron made over a billion the year before, it was a disappointment.

While not fired, Snyder was reportedly given babysitters. The edict was given out that either DC Entertainment creative chief Geoff Johns or Warner Bros. co-production head Jon Berg had to be on the set every day.

“It was really tricky and not a position that I loved, to be honest,” Berg says, recalling that period in his career. “I tried to be forthright about what I thought creatively. My job was to try to mediate between a creator whose vision is instinctually dark and a studio that perceived, rightly or wrong, that the fans wanted something lighter. I was respectful of the director and didn’t pursue things that were coming at me from the corporate side that I thought weren’t in line with what would make the best movie.”

Snyder graciously said that “It didn’t bother [him] too much because they weren’t that threatening.”

They also would say no to certain ideas he had, one of them being something I agree with:

“The intention was that Bruce fell in love with Lois and then realized that the only way to save the world was to bring Superman back to life,” says Snyder. “So he had this insane conflict, because Lois, of course, was still in love with Superman. We had this beautiful speech where [Bruce] said to Alfred: ‘I never had a life outside the cave. I never imagined a world for me beyond this. But this woman makes me think that if I can get this group of gods together, then my job is done. I can quit. I can stop.’ And of course that doesn’t work out for him.”

The studio said no to this idea and honestly, thank god … because that sounds awful. The only time that worked was in World’s Finest.

Warners also allegedly said Justice League had to be two hours long, which meant cutting out a lot of things, like the romantic subplot between Ezra Miller’s Flash and Kiersey Clemons’s Iris.

“How am I supposed to introduce six characters and an alien with potential for world domination in two hours? I mean, I can do it, it can be done. Clearly it was done,” he says, referring to Whedon’s version. “But I didn’t see it.”

Those issues speak to a larger and fundamental problem with DC movies, but he has a point. Eventually, when Snyder’s daughter, Autumn, passed away, it led to Warner Bros. slowly slipping control out of Snyder’s hands and into Joss Whedon’s. Instead of just advising reshoots, Whedon ended up rewriting and reshooting about three quarters of the movie.

Rather than just fighting, both Snyder and his wife, producer Deborah Snyder, quit the project:

“We just lost the will to fight that fight in a lot of ways,” says Zack. “All of us, the whole family, we’re just so broken by [losing Autumn] that having those conversations in the middle of it really became…I was like, ‘Really?’ Frankly I think we did the right thing because I think it would’ve been either incredibly belligerent or we just rolled over.”

“[The cast] were very loyal to Zack, and they were hurting for him,” says Diana Nelson, the former DC president. “It would have been a difficult environment for any new director to walk into—I have no doubt about that. But then how Joss chose to handle that is Joss’s to live with.”

Whedon has been accused of misconduct on the Justice League set by Ray Fisher, and Gal Gadot mentioned that she had to speak to the higher ups about things happening on set.

Even with taking the project away from Snyder, with the “Release the Snyder Cut” movement being as strong as it is, the director found himself brought back—on his own terms and with millions of dollars to complete his vision. What we will see on March 18th is Snyder’s vision, as fans have been asking to see for three years.

One thing we do know is that the movie closes with Leonard Cohen’s “Hallelujah,” performed by Allison Crowe, a friend who also sang it at Autumn’s funeral. It was his daughter’s favorite song.

“When you think about the catharsis of it, if I was a potter, I would’ve made some pottery to look for some way through this,” he says. “But I’m a filmmaker, so you get this giant movie.” He wants people to love it. If some don’t? He’s all right with that, with all of it. Whatever comes, he’s okay.

Last year, I rewatched the DCEU, and while I think the films outside of Snyder’s hands are the strongest, there is no denying that he shaped the foundation of it with his casting of Henry Cavil, Gal Gadot, Jason Momoa, Ray Fisher, and Ben Affleck. The people who have worked with him speak highly of him and that, in many ways, is more important than him as a filmmaker.

Zack Snyder’s Justice League will probably not be anything I love, but quite frankly, having recently re-watched Justice League, with the exception of a few things, it is a bad movie and I won’t be unhappy to see it get usurped—especially considering how many felt like the filmmaking experience was toxic.

It is impossible to come into this film with an “open mind” and be honest about it. There is just too much wrapped into it. But I will say this: I think that the emotional journey to making this film was no doubt harrowing for him, and I’m glad he gets to make this tribute to his daughter, regardless of what it has gotten wrapped up in because of nerd culture.

As Vanity Fair notes, the Snyder movement has contributed half a million dollars to the American Foundation for Suicide Prevention through donations, sales of merchandise, and prop auctions.