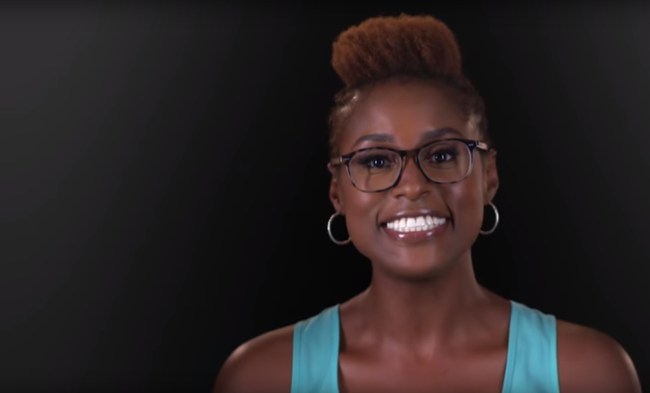 The episode, titled “Insecure As Fuck,” is available for streaming only on HBO GO or HBO NOW. The second I heard that this was available to watch, I took my lunch break and got my stream on. I do not regret it.

Insecure is both hilarious and painfully awkward. Rae herself is absolutely charming, and she gives a heartfelt performance that will feel familiar to any geeky girl of color who doesn’t quite fit into her own community, but also doesn’t quite fit in among white people. Yvonne Orji is equally wonderful as her best friend, Molly, as she skillfully navigates this character who can feel at home in both worlds, but possibly at the cost of being seen as a woman who needs love. The two of them have amazing chemistry, and their friendship — fights, calling each other “bitch” and all — rings so true.

Written and created by Rae and Larry Wilmore (who needs you, Comedy Central!), the show is incisive and very specific to the experience of black women, and while I’m sure black female viewers will have a special affinity for the show, it’s in no way alienating to a wider audience. Insecure proves that the answer to getting a mainstream audience isn’t necessarily “appealing to everyone.” It’s about getting really specific about your point of view.

There are several shows you might be binging this weekend. However, since it’s only one episode, make sure to whet your palate with the first episode of Insecure. It’s likely going to be your next favorite TV show.