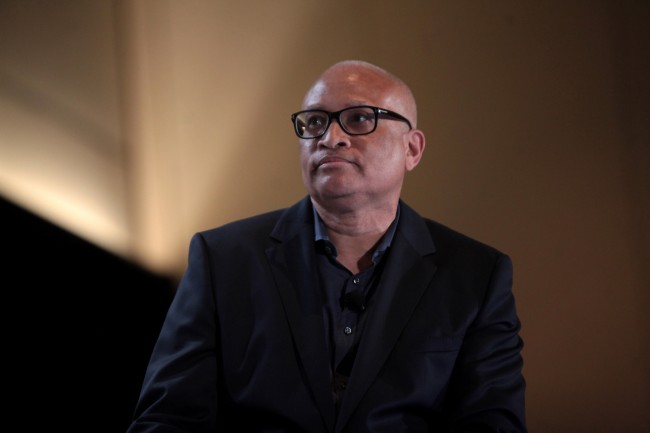 Thursday night marks the final airing of The Nightly Show with Larry Wilmore after Comedy Central announced publicly on Monday that the show had been canceled. And while Wilmore may have found out last week, according to an interview with the New York Times, that doesn’t make the news any less stunning.

“I didn’t know there was a possibility that we’d only have four shows left. I’m always prepared for, well, your show may go away or whatever, but I thought we would at least have the chance to go through the election,” he said before adding that watching the time melt away as the last episode approached was like “living inside of a Dali.”

The show struggled to find a strong audience on the network, but stood out as one of the few minority voices in the late night television game. And he was never afraid to “keep it 100,” even stating on air that he believed Bill Cosby to be guilty. More than that, his show provided the diversity we were looking for with contributors like Robin Thene (former head writer on The Queen Latifah Show), Jordan Carlos (The Colbert Report), and Shenaz Treasurywala (Indian actress, writer and TV host). And let’s not forget that Jon Stewert was not only the creator but also an executive producer.

The Nightly Show had all the right parts but something was still not working. Perhaps it was the lead in, The Daily Show with Trevor Noah, which is also dealing with lower-than-expected ratings.

“When Jon first left, we were on the air for a little while and The Daily Show wasn’t back yet and I don’t think anyone knew we were on. We were in, like, the wilderness,” he added. “And, of course, when The Daily Show premiered that’s where all the promotion was, and it felt like we were a little forgotten by that point. The audience was like: ‘Oh yeah, what was that thing again? Didn’t they do something last year?’ And we were trying to find our show during this period too, you know? A lot of the things that happened are a matter of timing, position and all those things. When I started the show I didn’t even know Jon was leaving, so who would have guessed that?”

Despite the loss, Wilmore isn’t completely down for the count and says he’d be up for another show. “I think I’d resurrect some version of me on a show,” he said. Given his veteran status in Hollywood, that wouldn’t be outside the realm of possibilities. He’s written for a number of projects including In Living Color, The Jamie Foxx Show, Sister, Sister, The Fresh Prince of Bel-Air and The Office. He also created The Bernie Mac Show.

In the meantime, he can drink away the cancellation sting with the several cases of wine sent by Full Frontal’s Samantha Bee along with the lifetime supply of broadcast liquor bottles gifted by Stephen Colbert, per Deadline.