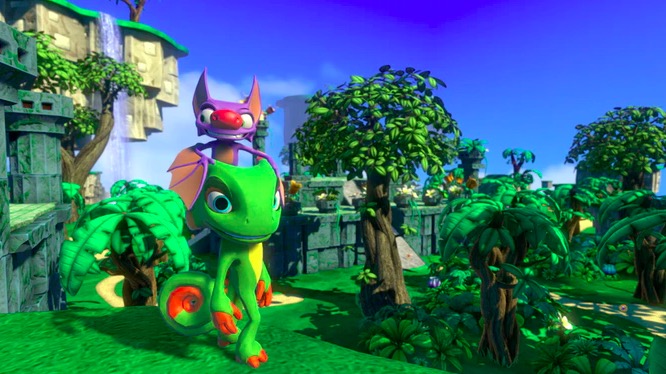 The hits just keep coming for Wii U owners: The multi-platform spiritual successor to Banjo-Kazooie, Yooka-Laylee, is no longer set to make an appearance on the console, for … vague reasons. Meanwhile, Nintendo has finally announced the timing of their Switch presentation, where they’ll reveal what games we can actually expect to play on the upcoming console, among other new details.

According to developer Playtonic (in a statement to Eurogamer), the Wii U release was canned due to “unforeseen technical issues”—probably the unforeseen issue that the Wii U’s successor will debut a month before Yooka-Laylee lands on Xbox One and PlayStation 4 on April 11, 2017. Refunds for gamers without the option to jump to another console can be requested by emailing [email protected], but there is still hope for Wii U-bound Yooka-Laylee Kickstarter backers who plan on becoming early adopters of the Switch; Playtonic plans to have info on a Switch version of the game in “early 2017.”

Speaking of which, Nintendo also plans to have more Switch info in that timeframe, with their January 12 Switch presentation finally getting a firm time attached. The event will kick off at 11PM EST, which puts it at pretty inconvenient viewing time in the early morning of January 13 for European fans, and it will be followed the next day with a five-hour presentation in New York City. You can watch the events for yourself on Nintendo’s Switch website.

Along with the Switch’s software lineup, we’re hoping to learn how much it’ll cost, what its specific release date is in March, and what additional features it’s packing that make it more than just a high-powered handheld game system.