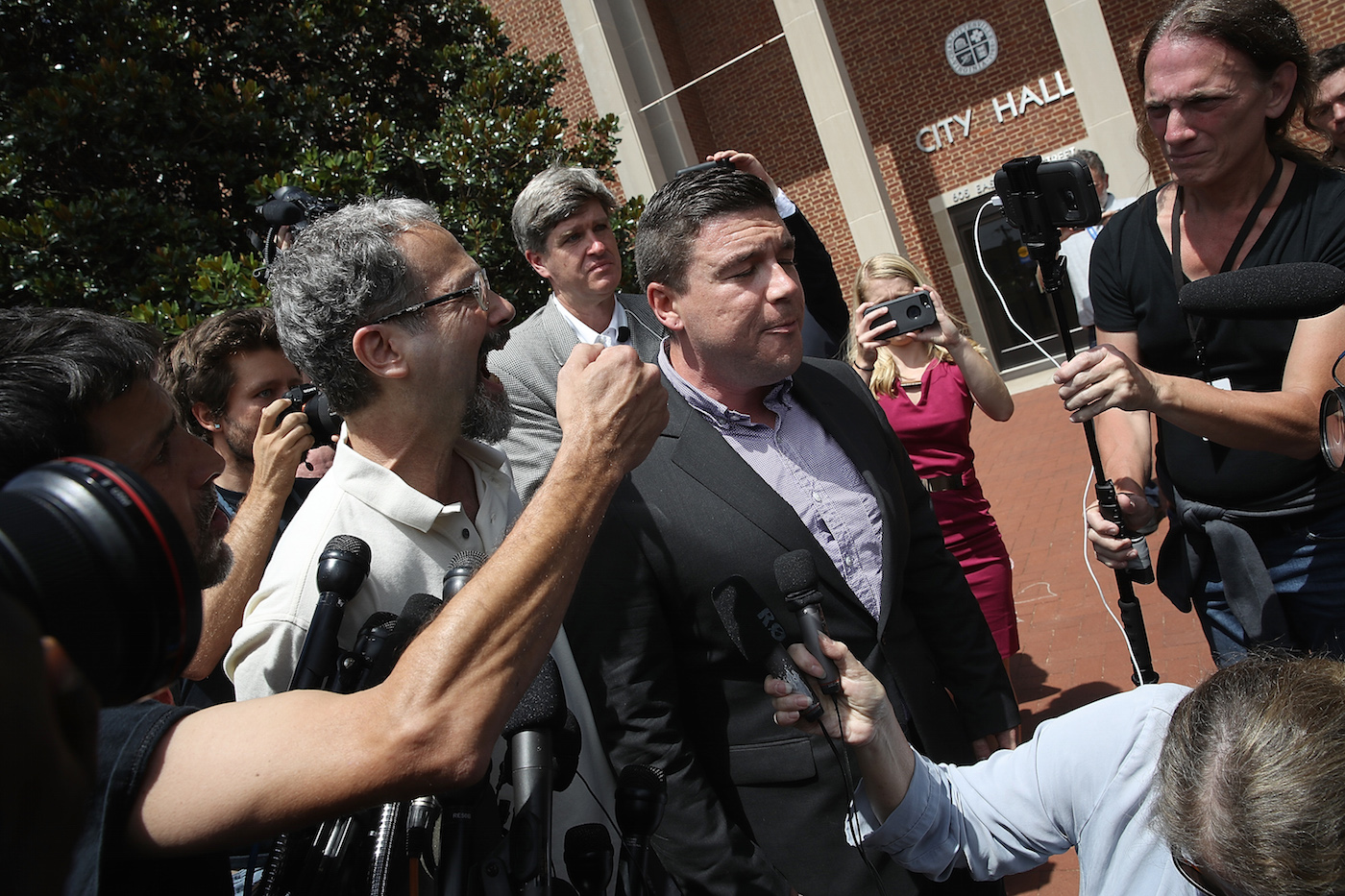 I never thought I’d get any pleasure out of watching a conversation between two Nazis, but this clip proves anything really is possible.

I’d never heard of Patrick Little before, but a quick glimpse at his YouTube account tells me that he’s a horrible turd of a human who has, among other things, carried a sign saying “Jews Rape People” into a Holocaust Museums and spouted an antisemitic rant.

Little was live streaming an interview with Unite the Right organizer Jason Kessler, talking about slave labor and sex slavery in the Jewish mafia (really), when the interview is interrupted by a man yelling at Kessler to “get out of my room!”

Unite the Right 2 organizer, Nazi failure Jason Kessler gets yelled at by his dad for being a Nazi while livestreaming w Nazi loser Patrick Little, who admits he may have to sell the boat he’s broadcasting from at a loss because he needs money. pic.twitter.com/skmlmtdSAE

The man, Kessler admits, is his father, who is not a fan of his son’s antisemitic views. Jason says the two are at a “crosshairs” over the issue of hating Jews vs. not hating Jews, because his father consumes too much “anti-German propaganda,” a.k.a. watches The History Channel a lot.

You can hear Kessler Sr. yelling offscreen for his son to get out of his room, saying “I want this to stop in my room, Jason! This is my room!” Because apparently, despite Kessler positing himself as the successful leader of a white supremacist movement, all those lawsuits he’s dealing with have forced him to move in with his family. Now, I wouldn’t normally shame a person who’s taking advantage of their support system after falling on hard times financially. But Kessler is having a hard time financially specifically because he advocates white supremacy so I find it delightful that he can’t support himself.

Little then says that he, too, is finding himself burdened by the financial woes that come with being a racist, antisemitic POS, saying that if he can’t find renters for the boat he’s broadcasting from, he’ll have to sell it at a loss.

The only person in this entire story I feel the slightest bit bad for Jason Kessler’s father.