Yarn Model of the Brain | The Mary Sue

Who Are You Calling Yarn-for-Brains? (Is it This Yarn Brain?) 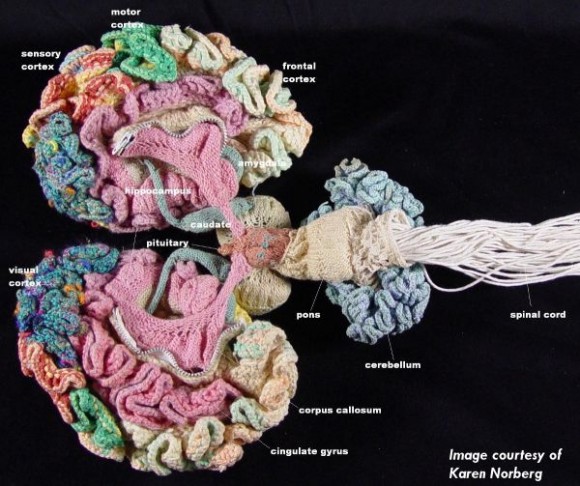 Psychiatrist Dr. Karen Norberg knit this atomically accurate brain that is now on display at the Boston Museum of Science because she felt that knit yarn could best convey the wrinkly ripply nature of our brains. There’s even a functional zipper that connects the two lobes! You can read more about how and why she made it at the The Telegraph.