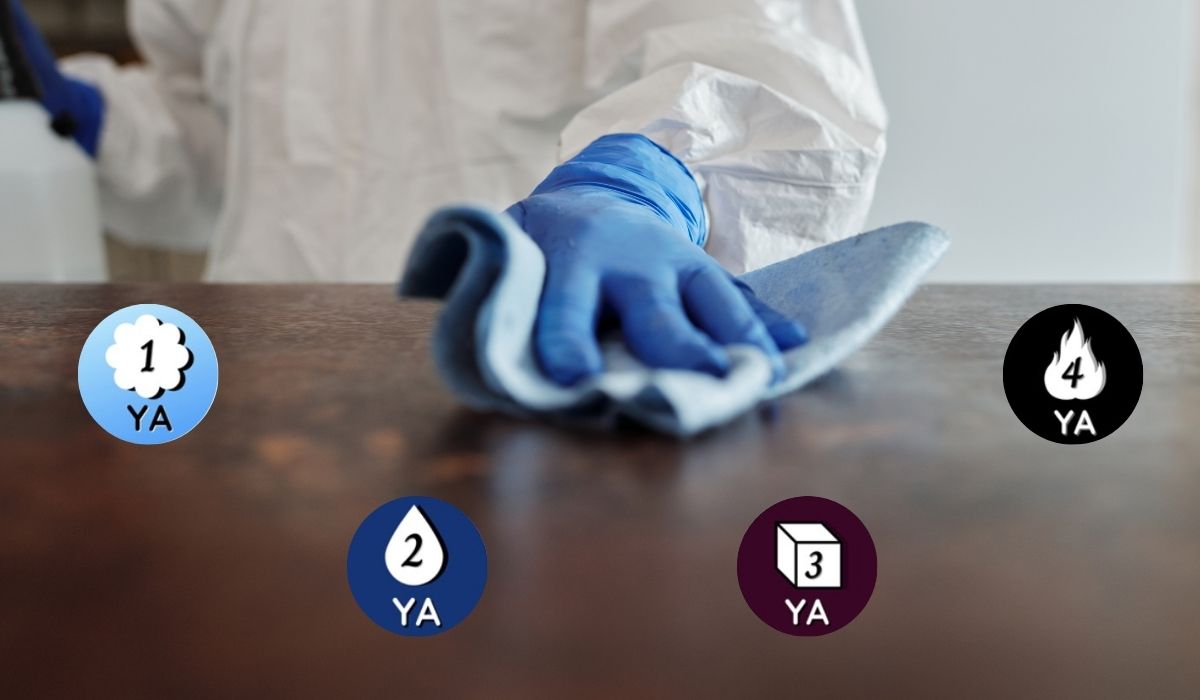 At the start of the week, publishers, authors, and agents were all sent an email from a mysterious (now deleted) website called YA Book Ratings. Founders Jolie Taylor, Elizabeth Wilson, and Rachel Hill set out to make a rating system (YA1 to YA 4) to help families find “appropriate” young adult (YA) books. However, what they deem “appropriate” is vague and prompted immediate backlash from readers and the publishing industry at large.

So, did we all get the same email from the YA book rating people? They’re asking me to open and sign a document rating my own books according to their cleanliness scale. EL OH EL I will not be doing that.

The thread does a terrific job of describing why I find this bad, but also imagine telling YA readers what to do. Yes, teens famously love rules and paternalistic finger-wagging content warnings.

The two topics most discussed were how the creators of this scale spoke about violence and sex. For a book to be rated at YA-1, there could be no sexual topics. In a society that still sexualizes transness and any attraction or crush that is not cishet, would those topics be appropriate in YA-1? Limiting talking about attraction, consent, etc. to a certain age does more harm that good. There are age-sensitive ways to talk about complex topics.

In regards to violence, YA-2 allows for “justified violence.” This begs the same question AGAIN: Who is deciding this? Is talking about pioneers trekking the west considered violence when, IRL, we know this left millions of Native Americans dead and/or displaced? Or is it just if a punch is thrown on the page?

Also, there is the issue brought up by writer Foz Meadows, which is that using the word “justified” implies that there is a universal morality. Very few things (if anything at all) are black and white. This sums up major criticisms that this scale lacks nuance.

It also leaves out opportunities for readers to learn about tough topics or see their lives reflected. The harm they are trying to protect readers from (real or proposed) reflects the lived experience of many people, including children and teens. This reflection can be cathartic or a learning experience, but that only exists if they can access these books.

The YA ratings topic doesn’t need more attention, but I will say this:

“Clean” YA shouldn’t have to exist. Teens are messy, and that’s okay. Teens cuss, and endure hardships, and fumble to discover themselves, and their experiences should be reflected in their fucking books.

It’s not just the experiences of authors of color, it is most if not all marginalizations
Which is sickening considering how YA is often a way for others who are discovering more about themselves or are in need of help to see representation. Labeling them Dangerous is *dangerous*

As many have already said, when we stamp terms like “appropriate” and “clean” on books, particularly those ALREADY WRITTEN FOR A YOUNGER AUDIENCE, we aren’t rating content. We’re rating experiences.

The ratings YA 1 to YA 4 are not only intended for their website, podcast, etc. According to the website,  Taylor, Wilson, and Hill intended on selling stickers and charts in 2022—you know, so booksellers and libraries could add yet another ugly primary shape sticker to hide well-designed book covers.

And the stickers are HIDEOUS! If anyone put that on my beautiful book cover I’d set myself on YA-4. pic.twitter.com/s5uGhWXTXw

In addition to the problematic scale, the language they use is also an issue. As a general rule, with our country’s history founded on oppression and genocide lasting 400+ years, avoiding words like “cleanliness” when talking about any aspect of culture (including books) is probably your best bet—especially if you are in/from Mormon-country (Utah) and/or are all-white. I am not reaching; they straight up censored the words “hell” and “damn,” too.

The language is not limited to the site, as a May post on the Two Babes & a Book Instagram (hosted by Wilson and Hill) described an upcoming podcast guest as someone who “is an author that is helping bring back the sweet clean romance books.” On their podcast, they also rate the “cleanliness” of the books they read. Purity culture is a part of the American mythos (see where the Pilgrims first went to “escape persecution”) and continues to be used as a way of rationalizing discrimination (regardless of intention).

While I don’t love the name because it does also harken to elders reminiscing about when “white only” was acceptable sign to put in your store window, Common Sense Media (CSM) is a much better alternative. The reviews provide nuance and utilize perspective from media professionals, educators, parents, and kids. I know a short scale is good for a quick surface-level reference, and that is about it. If people really care to learn what might be in a book, CSM is a much better avenue than anything looking to mimic remnants (like the MPAA, etc.) of the Hays Code or Comics Code Authority like YABooksRatings.com.

To be clear, CSM is not perfect. Diversity in leadership positions is lacking, and there is a gap in materials/standards regarding gender beyond the binary. However, at least since I found them earlier this year, they make a discernible effort to have reviewers, processing, etc. examined for bias and more.

When I first came across the site, my eyes were rolling. However, as I looked around, I was pleasantly surprised at how they were approaching different media (books, movies, and games) with nuance. What a concept.

By the time the story became a trending discussion in bookish communities, the site read “404,” and the one Twitter account between the three of the women involved disappeared.

Now the rating system is being memed into oblivion and is almost unrecognizable to those that didn’t get the email, didn’t read this article, or couldn’t figure out the joke generally.

A YA 1 and a YA 4 are walking down the street together… pic.twitter.com/ufeegrP162

This attempt by these three women to streamline and center whiteness in a process handled by professionals such as educators, writers, and librarians … I would rate as a YA-3 for their use of continued violence.