So Hey, Looks Like An X-Force Movie Is Being Made By Kick-Ass 2’s Screenwriter 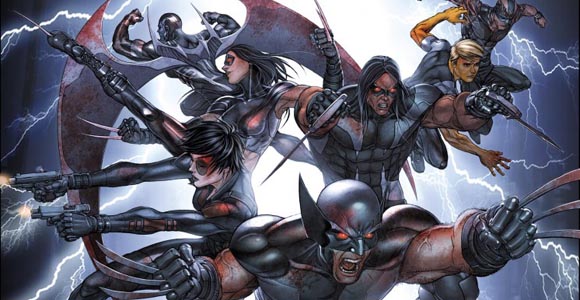 If you weren’t seeing your favorite X-Men in the Wolverine spin-offs, the main X-Men continuity, or the upcoming X-Men: Days of Future Past, don’t worry. You’re about to see an influx of mutants thanks to Fox picking up X-Force for a feature film.

X-Force is another one of Marvel’s superhero teams, a spin-off from the X-Men if that wasn’t already clear, created by Rob Liefeld in the 90s. The original line-up featured Domino, Cable, Boom Boom, Warpath, Cannonball, Feral and Shatterstar and had more of a military, strike-force approach.

The Hollywood Reporters says Fox have hired Jeff Wadlow, writer/director of Kick-Ass 2, to write, and possibly direct, an X-Force adaptation as an X-Men spinoff. They write, “Wadlow also is writing an adaptation of Bloodshot, based on the Valiant comic, that is set up at Sony.”

The internet knew something was afoot when it was revealed Fox had registered the website domain X-ForceMovie.com. No word yet on which mutants would be utilized for the film (or if we’ll have a more solid continuity after Days of Future Past) but I wouldn’t be surprised if they tried to snag Hugh Jackman. Personally, I’m hoping for X-23, Domino, and Psylocke.