Another X-Files Movie Is Still In The Works, Might Star Simon Pegg 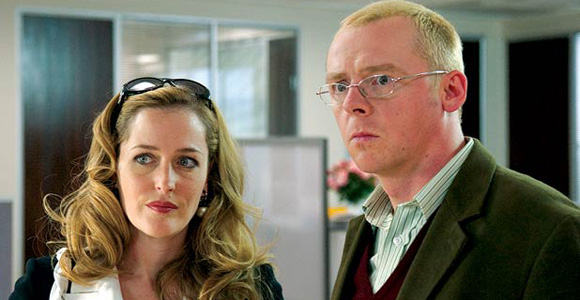 We’ve been hearing buzz for a while of another X-Files movie but this is some real talk right here.

Stars Gillian Anderson and David Duchovny have confirmed their interest in a third film based on The X-Files television series but creator Chris Carter recently got to talking about the reality of the situation. Speaking with Empire he said:

It’s really up to Twentieth Century Fox, whether they have the will to do it. I think all of us are interested in putting the band back together. I have an idea for a third movie in my head. The colonisation date has passed [in the series, the date for the alien invasion was December 22, 2012 – Ed.]  and that is something we wouldn’t ignore. For the second movie, we only had the budget for a standalone story, but we want to go back to the mythology.

Empire happened to mention how Simon Pegg’s show Spaced has several references to Carter’s show. He hasn’t seen it but:

Gillian [Anderson] worked with Simon Pegg on a movie [2008’s How To Lose Friends And Alienate People] and told me that he was a big fan. We actually thought about putting him in the second movie, but there was no part for him. I certainly would think about him if we were to go forward in any way.

First of all, Mr. Carter, you need to watch Spaced. Secondly, yes, yes, yes, make it happen. I imagine the banter between Pegg and Duchovny would be off the charts.

Meanwhile, Carter has a new TV show on the horizon. “Amazon has picked up to pilot The After, a post-apocalyptic drama that Carter is attached to write and direct,” writes The Hollywood Reporter. “The drama takes place the moment after the apocalypse.”