Say Hello to the Xbox One, Microsoft’s Next-Gen Entertainment Console

Microsoft would very much like you to stop using every other device you have in your entertainment system.

Well, the next-gen Xbox reveal event has come and gone. First things first: It’s called the Xbox One. Also, Microsoft would very much like you to stop using every other device you have in your entertainment system. As made clear by the event, the Xbox One is definitely being marketed as The One Device to Rule Them All, but I’m not sure I buy into all the hype.

Before we get into all that, here’s the concrete stuff we know about the Xbox One:

Those are the big points that Microsoft got across, but they are far from the only ones. The Xbox One architecture’s a combined gaming OS and Windows OS — though we hope that the Xbox team stays far away from anything Windows 8. This allows stuff like Skype to run at the same time as a video game. It’s honestly pretty neat, and could prove interesting going forward.

The controller for the Xbox One should look familiar to anyone that’s ever played an Xbox 360. Not a whole lot’s changed, but the changes that have been made are important. Of those, probably the biggest is the precision directional pad. It wouldn’t be inaccurate to say that the 360’s d-pad was laughably, well, inaccurate. That’s great. 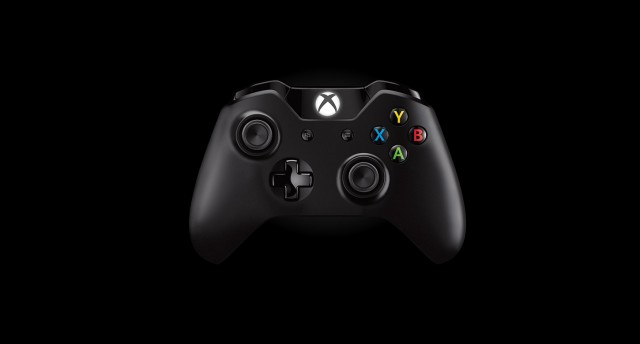 What’s not so great? Well, Microsoft’s happier to push the idea of watching television through the device than pretty much anything else. Granted, there’s a good chance that E3 is going to be all about the games, but they were scarily absent for the majority of the event. We saw Quantum Break from Remedy, Call of Duty: Ghosts from Infinity Ward, a bunch of sports titles from EA, and a snippet of Forza Motorsport 5. That’s it.

What’s the good news? Well, 15 exclusive titles in the first year, 8 of which are said to be brand new franchises, is great. Microsoft could use a few more flagship titles that aren’t Halo or related to Halo. Oh, part of the event dealt with the fact that Steven Spielberg’s going to bring us a Halo TV series for the Xbox One, so there’s that. We’re also getting the Xbox One around the end of the year, so it’s good to hear that they’ll be competing with Sony.

As for news that we’re not really sure how to feel about, the Kinect’s getting an upgrade and is definitely still a thing Microsoft’s pushing. Specifically, it’s got an expanded field of view, new IR camera, better motion tracking, and a new multi-microphone array to better pick up on voice commands. Speaking subjectively, I’ve no desire whatsoever to use the doodad, but they certainly seem to want people to want to use it. It’ll be interesting to see what kind of applications developers use it for, but for the time being I just can’t be bothered enough to care.

As for the always-on connection rumors and blocked used games reports? Well, the former looks to not be true, but word is that the latter is. We’ll definitely know more soon as E3 isn’t far away at all.