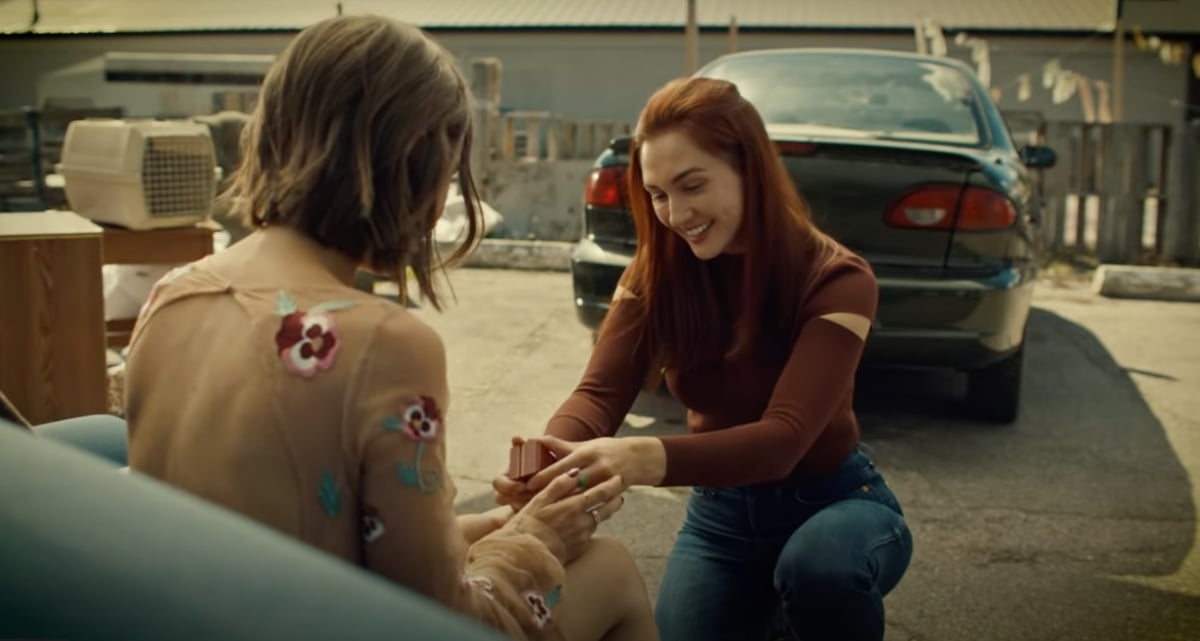 Wynonna Earp is ending soon (at least for now) but we are getting one fantastic, long-awaited moment before the “end”: the WayHaught wedding.

Since the first season, the relationship between Waverly Earp (Dominique Provost-Chalkley) and Nicole Haught (Katherine Barrell) has been at the forefront of the show. A loving, romantic, and passionate relationship between the half-angel bisexual genius and the red-haired lesbian sheriff has been shipped passionately. Now, the two are getting married tomorrow night on SyFy.

In a teaser shared on SyFy, we got to see the cast talking about the wedding and what it means to the cast and also the Earper fan community that has been following the story:

“Waverly would be so happy right now,” Provost-Chalkley says as she sits on the set. “We did something really special. There will be a lot of very happy humans out there, so definitely recommend tuning in and watching.”

As an intersectional critic, I am always going to bring up and recognize that WayHaught (while awesome) is a WLW relationship with two white, cis, able-bodied women at the forefront, and that is not where we should be putting all our representation into. But that knowledge doesn’t make me a cynic. I still understand, as a bisexual woman myself, how powerful it is to have a relationship like WayHaught be the relationship in a series and to have the wedding between these two be such a big event.

It is more indicative of society than the show that this is as radical as we are allowed to get sometimes.

My hope is that the legacy of this show and ship will be to take the things people have said about race and representation and put them into an even more inclusive show for folks to enjoy. I think it will leave behind a solid foundation for many because of WayHaught, which is well deserved, but it doesn’t erase the legitimate criticisms others have brought up. They can exist hand-in-hand.

Provost-Chalkley also came out during the run of the show and spoke about how playing Waverly allowed her to step into her truth. That is the power of positive representation, both playing it and seeing it.

“It really enabled me to step into my truth and the shoes of the queer woman that I am, the queer human being I am, and really have the courage and the confidence to embody that,” she said.

That is a beautiful thing to leave behind, and for fans, it will mean a lot to see the marriage of a queer couple be the endgame to a long, bloody journey.

I never got my Doccubus wedding, so I will be on my couch celebrating the marriage between these two characters with my WayHaught mug filled with whiskey, just the way Wynonna would have wanted it.